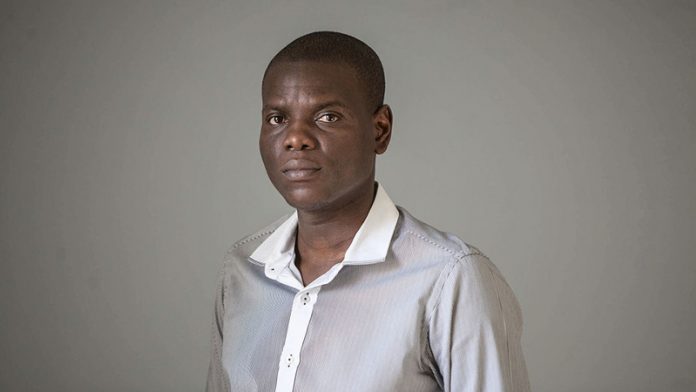 Ronald Lamola, a former deputy president of the ANC Youth League, says the ANC needs to do away with President Jacob Zuma, be decisive in its economic policies and make way for young leaders.

Lamola has publicly called for Zuma to step down as party leader. Although he is unapologetic about being an ANC member, which he has been since the age of 14, Lamola says his loyalty to the movement does not blind him to the truth. He believes the ANC needs to recultivate the values of its former leaders.

“We need to return to the ANC of OR Tambo, who was an embodiment of the movement – he subscribed to its values of selfless leadership, which were not rooted in self-enrichment.”

This is not the first time the 31-year-old lawyer has spoken out against Zuma. In the run-up to the ANC’s 2012 elective conference in Mangaung, Lamola supported Kgalema Motlanthe for the party presidency, saying the ANC needed to refresh its leadership.

Yet after Zuma was re-elected, Lamola said he respected the decision of the party and would support his presidency. Now, after lying low for some time, he says he can no longer keep quiet.

“It was only fair that the leadership was given a chance after Mangaung, but since then we [the ANC] have been limping from one disaster to another. It was Marikana, Nkandla and then the Guptas’ Waterkloof landing [of a private plane at an air force base] – any rational person will say that we can’t continue in this tragedy.”

Although the bookshelf in his Pretoria office is empty, Lamola has a keen interest in contemporary political literature. One of the books he read recently was The Super-Afrikaners: Inside the Afrikaner Broederbond by Ivor Wilkins and Hans Strydom, which he says opened his eyes to how “well organised” Afrikaners were and how they used that attribute to rise to power.

“The Broederbond was clear in what they wanted to stand for – that is the kind of political will that is needed. We [the ANC] cannot continue to flip-flop on economic policies, land expropriation and what is the national identity we want for ourselves.”

Lamola says the ANC needs to be aggressive and clear in its economic policy in response to the widening inequality gap in South Africa – a policy, he believes, that is the main reason black people have continued to vote for the ANC. He believes the ANC will do well in the upcoming local government elections – Zuma notwithstanding – because of that single issue.

“The majority of black people know that the only weapon they have to advance their economic freedom is the ANC. They can’t go to the DA [Democratic Alliance] – maybe they can go to the EFF [Economic Freedom Fighters], but their policies have not been tried and tested like those of the ANC.”

Lamola is slightly apprehensive about going into details of the internal drive to oust Zuma, but says there are many more ANC members who are unhappy with him and they are slowly mobilising to ensure that the integrity of the party does not suffer for much longer.

The biggest problem with the ANC, according to him, is the “recycling of leadership” and patronage. “The youth of the ANC must rise up and take responsibility. The movement needs a new lease of leadership that can breathe fresh air [into the party] as well as be bold and decisive. That can only come from a new generation.”

Lamola believes that when Zuma leaves office, others of his generation should also depart, because that is the only way to renew the party.

“We are grateful for what the older generation did for the movement and the country, but they must not destroy what they went to exile and to prison for – they must give space to the new generation. Young people must also not expect leadership to be handed to them on a silver platter – they must fight for their place and not be destroyed by patronage.”