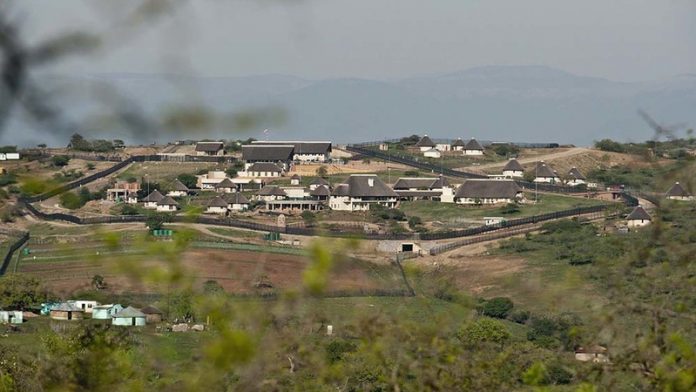 A media summary of the judgment, provided by the Constitutional Court.

Today the Constitutional Court handed down judgment in a matter concerning the power of the Public Protector to “take appropriate remedial action” and whether her finding that President Zuma is required to pay back a reasonable portion of the money spent installing non-security upgrades at his private residence (Nkandla) in his personal capacity is binding.

The Executive decided to upgrade security at Nkandla. In the course of implementing that decision, a cattle kraal, chicken run, swimming pool, visitors’ centre and amphitheatre, amongst other things, were built at State expense. Following several complaints about the alleged misuse of public funds, the Public Protector investigated the project. In her report of March 2014, she concluded that the five features mentioned above were non-security features and State funds should not have been used for their construction. Consequently, she took remedial action, ordering that the President, with the assistance of the South African Police Service and National Treasury, determine the reasonable costs of those features and repay a reasonable portion thereof to the State.

As a result of the non-security upgrades and alleged non-compliance with the Public Protector’s remedial action, the Economic Freedom Fighters (EFF) and the Democratic Alliance (DA) brought legal proceedings against the Speaker of the National Assembly (Speaker), the President, and the Minister of Police (Minister) in this Court seeking a declaration that the President and the Speaker acted in breach of their constitutional duties. The Public Protector was joined as a respondent due to her interest in the hearings. Corruption Watch appeared as amicus curiae (friend of the court).

At the hearing, the President conceded that the Public Protector’s report was binding on him and that he was required to pay back a reasonable portion of the reasonable costs of the upgrades at his private residence. The Speaker maintained her position that the National Assembly, through setting up Ad Hoc Committees and considering several reports, fulfilled its duty to scrutinise the conduct of the Executive. In a unanimous judgment written by Mogoeng CJ, this Court held that the power of the Public Protector to take appropriate remedial action has legal effect and is binding. Therefore, neither the President nor the National Assembly is entitled to respond to the binding remedial action taken by the Public Protector as if it is of no force or effect, unless it has been set aside through a proper judicial process.

The Court thus held that the National Assembly’s resolution, based on the Minister’s findings exonerating the President from liability, was inconsistent with the Constitution and unlawful. The Court also held that, by failing to comply with the Public Protector’s order, the President failed to “uphold, defend and respect” the Constitution because a duty to repay the money was specifically imposed on him through the Public Protector’s constitutional power.

The Court further declared the conduct of the President and the National Assembly inconsistent with their constitutional obligations. Accordingly, the EFF and DA’s claims fell within the exclusive jurisdiction of the Court.

The President was also ordered to reprimand the Ministers involved in the expenditure at Nkandla. Finally, the Court declared that the remedial action taken by the Public Protector is binding. The President, Minister, and Speaker were ordered to pay the applicants’ costs, including those of two counsel.

The Zuma family also urged people to continue desist from destroying infrastructure, adding that it opposed the arrest of Ngizwe Mchunu
Politics