Samwu – the union that’s trashing itself 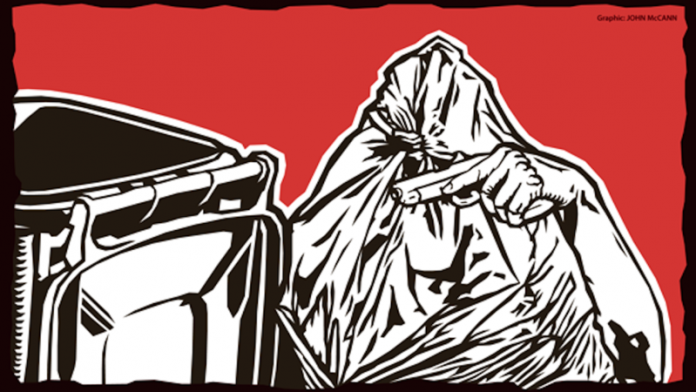 The South African Municipal Workers Union (Samwu) is at a perilous point. For a long time, its members have conducted themselves in ways that are at odds with the letter and spirit of the Labour Relations Act and the country’s Constitution.

Since November 2015, there have been four wildcat strikes led by Samwu at Pikitup, the City of Johannesburg’s waste removal company, at great cost to itself, workers’ pay, citizens and the environment.

The right to strike is recognised in law, but to ignore its requirements repeatedly and wantonly, and to go on a series of damaging wildcat strikes, is grossly irresponsible.

From a labour relations standpoint, Samwu cannot expect Pikitup’s management and the City of Johannesburg to respect their right to strike if they choose to ignore the legal requirements for a strike whenever they want to. Unions cannot observe the rules sometimes and rubbish them at other times, as Samwu has repeatedly done. Samwu has even ignored several court interdicts.

No other union has had more wildcat strikes than Samwu has had at Pikitup, which is less a sign of greater militancy than other unions and more a sign of leaderless disorganisation. Revolutionary militancy is not the same as anarchic violence and lawlessness.

Besides, unprotected wildcat strikes have several drawbacks, none more obvious than the workers’ vulnerability to mass dismissals.

How would Samwu respond if it followed all the requirements for a legal strike, but Pikitup and the City of Johannesburg still refused to recognise it, dismissing the strikers? It would be pretty annoyed. Yet Samwu expects Pikitup to tolerate wildcat strikes, address the union’s demands – and yield to them.

On their wage demand, surely Samwu knows that such matters are dealt with in annual wage negotiations at the South African Local Government Association (Salga)? If members have any formal agreements with Pikitup and the city, whether to do with wages or other substantive matters, and these agreements are being violated, they have good grounds to declare a dispute and go on a legal strike, which would enjoy protection.

The wage disparity issue that Samwu is raising, in relation to other city entities, is part of the business of annual wage negotiations at Salga. In this and its other wildcat strikes, Samwu has not even declared a dispute.

Matters are aggravated when wildcat strikes disrupt basic public services such as refuse collection. The nature of essential services means that, for workers in these areas, a strike must be a last resort. And once a strike has begun, it is important to resolve it in as short a time as possible. Avoiding repeated wildcat strikes is of the utmost importance, but this is evidently not Samwu’s approach.

The problems caused by the latest wildcat strike are serious. Refuse has remained uncollected for long periods, in some cases since late last year. Union members have trashed the city by leaving rubbish uncollected, with no regard for the dangerous and unhealthy consequences.

They know full well the unsightly mess, the stench, and the threats to public health that are the results of their actions. For Samwu strikers, this is a ploy to force Pikitup to yield to their wage and other demands.

Temporary workers employed by the city to clean up in the meantime have reportedly been attacked by people presumed to be Samwu supporters. Such tactics are deplorable.

Damage to public property, physical attacks on temporary workers and shots fired at Pikitup trucks carrying them only serve to harden public antipathy towards the strikers.

Samwu members seem unaware of the importance of public-sector strikes winning the support and sympathy of the public. When support is won, it can strengthen the strikers’ action and their demands, as well as sustain the fight for a longer time. Instead, Samwu, by its own conduct, is alienating the public.

And why does Samwu persist in demanding that Pikitup managing director Amanda Nair be fired? They have failed to provide evidence of the corruption of which the union accuses her. Her dismissal can only occur after she has been found guilty of an offence. She has already gone through one investigation and been cleared.

How would Samwu feel if its members were dismissed by Pikitup without justification? Newspaper reports have indicated that there are allegations of executive impropriety and corruption on Nair’s part, but such charges have to go to court for a proper verdict to be reached.

Samwu members need to separate those issues from the specific identity of Pikitup’s managing director. Why do they persist with the undeniably racist call that she should “go back to India”?

Also, Samwu should not use Nair as a smokescreen for its own serious problems. There is little doubt that there are causal links between the spate of wildcat strikes by Samwu, the anarchic conduct of its members, and the serious decline of the union over the past few years. Wrecked by internal leadership divisions and several instances of fraud and corruption involving senior officials, Samwu has been rudderless for a while. More than R100-million in union funds has gone missing and is still unrecovered.

Simply put, the union’s membership is without a strong, united leadership. It is likely that in such a situation, especially when many of its members at Pikitup do not earn a decent “living wage”, dissatisfaction and frustration will spontaneously erupt in the form of wildcat strikes and violence.

But Pikitup and the city leadership must also realise that these workers do not have a pleasant job to do, which makes a better wage more important. A minimum wage of just over R6?000 is clearly not sufficient, especially given the soaring cost of living in South Africa today.

It was most telling when a Samwu official (who did not want to be named) told the Sunday Independent a few weeks ago that the demand for Nair’s axing was an attempt by some in the union to “install their own political puppet as managing director. It’s a pity that a weak Samwu is an enabling environment for this thing.”

Samwu needs urgently to disabuse itself of the notion that wildcat strikes and violence are necessary, helpful or revolutionary, or that they serve to strengthen its hand in its members’ labour struggles. Anarchic violence and criminality, especially as part of already illegal strikes, are very unwise and counterproductive. They serve to reinforce the impression of a sad decline in the unions over the past decade. Samwu’s deplorable anti-social conduct over the past few weeks can only spur resentment on the part of the public – damage that Samwu will take a long time to recover from.

Not long ago, Samwu was one of the strongest and most progressive unions in South Africa. Now it is clearly in serious trouble.

It is the duty of union leadership to urge against wildcat strikes and to move swiftly to end such strikes once they have begun. Samwu must guide its members responsibly and not encourage reckless, anarchic spontaneity, no matter the underlying issues. For Samwu, introspection and retrospection are now more urgent than ever before.

Ebrahim Harvey is a political and labour analyst, and former trade unionist