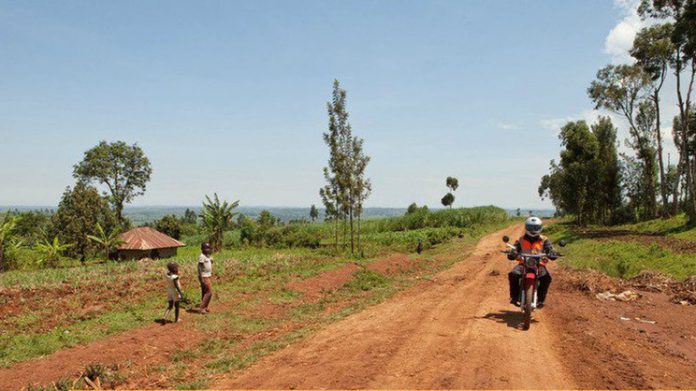 Mazvita Chitsa stared down in fear at her two-year-old girl’s emaciated body. Chipo lay on a rug on the cement floor of hut, coughing and sweating profusely.

It was about 8am and the sun was already blazing down on Mutirimuko village in Zimbabwe’s Gutu district in the south of the country.

Chipo had been coughing incessantly for two weeks. Mazvita had lost track of how many times she had knelt at her daughter’s bedside. “What was wrong?” Mazvita wondered. “Did someone bewitch her Chipo? Was it a lack of good food that caused the constant coughing and night sweats? Why was she so thin?”

Chipo began to squirm and shiver. Mazvita started to panic and realised she had to get her daughter to a doctor or nurse. But the nearest clinic was 21km away and she didn’t have money for the bus fare. Mazvita began to sob.

The villagers collected money and, four hours later, Mazvita and Chipo arrived at Mukaro clinic in the town of Gutu.

A nurse told Mazvita her daughter displayed the classic symptoms of tuberculosis (TB): coughing for longer than two weeks, losing weight and sweating at night. The nurse took a sputum sample and sent it to the laboratory. After a week, the test came back positive. Both Chipo and her mother had drug susceptible, or ordinary, tuberculosis.

New technology and transport
Zimbabwe is one of 22 countries that the World Health Organisation refers to as “high burden” TB countries. Together, these countries, of which nine are African, accounted for 82% of the world’s tuberculosis cases in 2014.

Charles Sandy, the deputy director for Aids and TB programmes in Zimbabwe’s health department, says in many cases the country relies on a long-used method of smear microscopy to diagnose tuberculosis. It takes between one and four days to analyse a sputum sample.

Sandy says it’s difficult to get patients diagnosed in time, because many health facilities are in areas with poor roads that are difficult to travel.

Zimbabwe is in the process of acquiring cutting-edge technology, known as GeneXpert machines, which can diagnose tuberculosis in two hours. Andrew Muyambo, communication manager for Aids and TB in the ministry of health, says Zimbabwe has 108 GeneXpert machines that are spread across 59 districts.

Chipo’s sputum sample had to be transported to a GeneXpert machine at the Gutu district hospital, about 70km away.

Ordinarily, it would take two to three weeks for Chipo and her mother to get their results. But Zimbabwe’s biker’s programme, made it possible for them to be diagnosed in a week.

The biker project is operated by the international charity Riders for Health together with the Ministry of Health and Child Welfare, the International Union Against Tuberculosis and Lung Disease, and the United States Agency for International Development (USAID). According to Christopher Zishiri, the Union’s country director, the programme operates in eight of Zimbabwe’s 10 provinces, mostly in rural areas, and uses 50 motorbikes.

Research studies have shown that the earlier people with tuberculosis are diagnosed, the higher their chances of survival are, because they are more likely to complete their drug courses and the medicine is more likely to work.

A member of Zimbabwe’s biker project, who delivers sputum samples to labs and medicines to TB patients in far-flung areas.

Turnaround time
Zishiri says a health department survey has shown that, over the past six years, the time it takes for patients to receive their TB test results has been cut in half in 42 districts. “With this [Biker] programme, the average turnaround time from sample collection to health centre receipt of laboratory results has been reduced from seven to three days,” explains Zishiri. “Twenty-five percent of TB cases diagnosed so far in the country are attributed to the bikers.”

The programme is funded by USAID.

In addition to collecting sputum samples, bikers also deliver patients’ treatment to their homes once a month. This helps to cut people’s transport costs to and from the clinics and also increases treatment adherence.

Morgan Meza is one such biker. On an overcast Thursday afternoon in January, he’s on duty. His destinations are the places around the gold-rich areas of Kadoma town, in the central parts of Zimbabwe.

For the next two to three hours he knocks on people’s doors to deliver medicine and find out how patients are doing.

“For me, this is the most important part of my mission is to create relationships. I realise my job is not just to collect samples and deliver them to health centres. It’s interacting with the affected communities that make a difference in TB treatment,” Meza says.

“TB treatment is a horrible experience. Imagine the number of tablets one has to swallow in a given day – for six months. To finish the course patients need a lot of encouragement. Spending the time to talk to patients helps them to finish their treatment.”

It’s also about encouragement
Meza visits five to six patients a day and works for five days a week. His motorbike is provided by the Biker’s programme and he also receives a stipend for his services.

Meza says he once visited a man undergoing TB treatment who suffered terrible nightmares and was unable to find a reason to live. Each night the man was haunted by the faces of his two daughters, who had succumbed to tuberculosis.

“The man told me his worst fear was to die in a painful way, like his daughters. But after two visits to his homestead, things began to change and the man started taking his medication correctly and attended community health clubs to encourage others to finish their treatment,” Meza says. “To me the visits and talks boost patients’ confidence and makes them trust in the health care system.”

Spiwe Makeleni lives in Kadoma and is being treated for multidrug-resistant TB, which can take up to two years to cure. He says: “Because of the bikers we no longer have to walk lengthy distances to clinics or worry about bus fare. Once you are diagnosed with TB, the bikers help fetch the medicines for us. It’s unlike the clinic or hospital environment where benches and long queues wait for you.”

Makeleni says she can now concentrate on taking odd jobs to help feed her family. “I only visit the clinic for my reviews [check-ups].”

In Mutirimuko village, Mazvita and Chipo have been on tuberculosis treatment for three months, half way to getting cured. The two-year-old has picked up weight and is no longer coughing. Both are also no longer infectious.

A biker drops off their treatment to their home once a month. Mazvita strokes her hand over her daughter’s head and smiles: “Without the drop-offs, I’m not sure that we would have completed our treatment course. TB pills are tough to take and the clinic is 21km away. I’m very grateful for the bikers.”