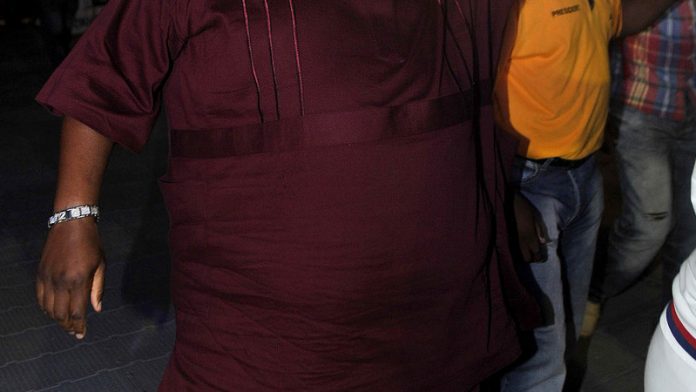 President Jacob Zuma might have more on his plate to answer for this week – this time in relation to his nephew, Khulubuse Zuma’s oil fields in the Democratic Republic of Congo.

A massive international leak on offshoretax havens – dubbed the #PanamaLeaks or the #PanamaPapers on Twitter – shows that Khulubuse Zuma stashed away money in the British Virgin Islands in 2010, after being allocated two DRC oil fields. The City Press in 2014 reported that this allocation followed a few months after a state visit by President Zuma to DRC president Joseph Kabila.

The oil deal was reported to be worth R100-billion.

Khulubuse Zuma is named in the Panama papers as being authorised to represent Caprikat Limited, one of the two offshore companies involved in the oil deal.

According to the report on Khulubuse Zuma he was “authorised to represent Caprikat Limited, one of two offshore companies that controversially acquired oil fields in the Democratic Republic of Congo. In late summer 2010, as published reports raised questions about the acquisition, British Virgin Islands authorities ordered Mossack Fonseca to provide background information on Zuma, which the law firm had not previously obtained. That same year, Mossack Fonseca decided to end its relationship with the companies.”

President Zuma’s office has to date not responded to requests for comment – not according to the 2014 report, and not to journalists requesting responses on the Panama leaks either.

The spokesperson for Fleurette, the owner of the two companies, said the DRC benefited from the investment and it noted “extensive benefits to local communities”.

The massive leak of documents has been described as the biggest in history – bigger than the 2010 Wikileaks.

The firm’s services include incorporating  companies in offshore jurisdictions such as the British Virgin Islands. It said it has always complied with international protocols to ensure the companies they used were not used for illicit purposes, but regretted any misuse of its service.

Russia’s President Vladimir Putin is among the 143 politicians, which include 12 national leaders, who were revealed as using offshore tax havens.

While the use of tax havens isn’t necessarily illegal, ethical questions have been raised about their lack of transparency, and they could be used by criminals and terrorists to stash away money obtained illegally.

More details about leaders and their associates in Africa with offshore accounts are expected to be revealed today.

Critics have questioned why the Panama leaks don’t seem to contain any information about American politicians.

Look out for more today on African leaders implicated in the leaks.