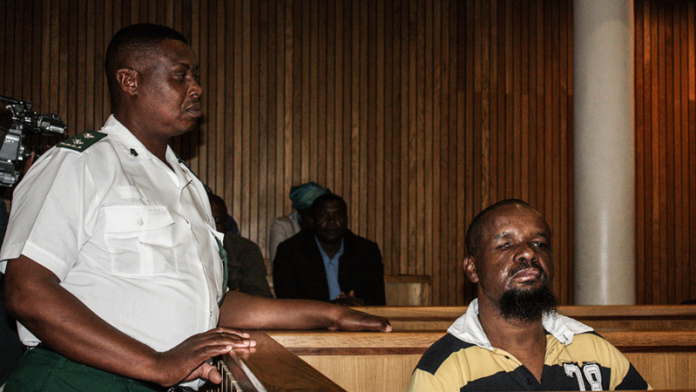 When Oscar Pistorius goes to the high court in Pretoria for sentencing on April 18, spare a thought for another South African – one serving a 20-year prison sentence in Swaziland’s maximum security prison.

Amos Mbedzi was convicted on two counts of murder (among other crimes) in a judgment that misapplied the dolus eventualis (legal intention) rule.

Mbedzi was found guilty of murder for the deaths of his friends, Musa Dlamini and another South African, Jack Govender, after a bomb exploded in a car they were using on September 20 2008. Mbedzi sustained serious injuries to his face and head, but survived the blast because he was about 10m away from the car when the bomb went off. It exploded prematurely while being assembled by Dlamini and Govender. The car was parked next to a bridge that led to one of King Mswati’s palaces.

The court found that “mens rea [the mental state a person must be in while committing a crime for it to be intentional] in the form of dolus eventualis does exist: the accused meant to bomb and destroy the bridge but the bomb killed the deceased”. This is a misapplication of dolus eventualis, just as in the Pistorius trial in which the athlete was found not guilty of murder by the high court. The Supreme Court of Appeal later overturned this verdict.

Mbedzi was also found guilty on three other counts: sedition, entering and being in the country illegally, and illegal possession of explosives. He pleaded guilty only to this last charge.

According to court evidence, the three entered Swaziland from South Africa, intending to plant a bomb under the bridge on the evening before Mswati was to cross it on his way to the airport to fly to New York for a United Nations summit.

Nowhere in the lengthy judgment do the police or the bomb expert say what Mbedzi did to cause the explosion. The police’s bomb expert said in evidence that he “would not attribute the premature explosion of the bomb to negligence” because he didn’t know “the expertise or training of the deceased and his companions in handling bombs”.

If, as the court accepted, the bomb, while being handled by Govender, went off “prematurely … because the switch was not properly connected to the power source”, it is hard to see how his and Dlamini’s deaths give rise to the dolus eventualis attributed to Mbedzi.

It is not known why Mbedzi had alighted from the car before the explosion – he gave no evidence at the trial. Instead, his lawyer applied for Mbedzi’s acquittal, arguing that the prosecution had failed to prove his guilt.

The unanswered question is what, exactly, did Mbedzi do that led to the deaths of his partners in crime? Or, put differently, did his alighting from the car cause the explosion, and did he objectively foresee this possibility and persist in it?

In a 2006 judgment of the South African appeal court (State vs Molimi), Judge Azhar Cachalia said: “The common purpose doctrine does not require each participant to know or foresee every detail of the way in which the unlawful result is brought about. To hold otherwise would render the concept of foreseeability so dangerously elastic as to deprive it of any utility.”

In Mbedzi’s case, the judge found that “even though the accused did not mean to kill the deceased” he had in fact “intended their death[s] because he foresaw it as a possible result of setting up the bomb”.

Defining dolus eventualis in the Pistorius appeal judgment, Judge Eric Leach quoted United States Judge George Holmes: “The distinction must be observed between what actually went on in the mind of the accused and what would have gone on in the mind of a [reasonable person] in the position of the accused. In other words, the distinction between subjective foresight and objective foreseeability must not be blurred.”

The Pistorius and Mbedzi judgments make it seem that some judicial officers can’t make this distinction, leading to a serious miscarriage of justice in Mbedzi’s case.