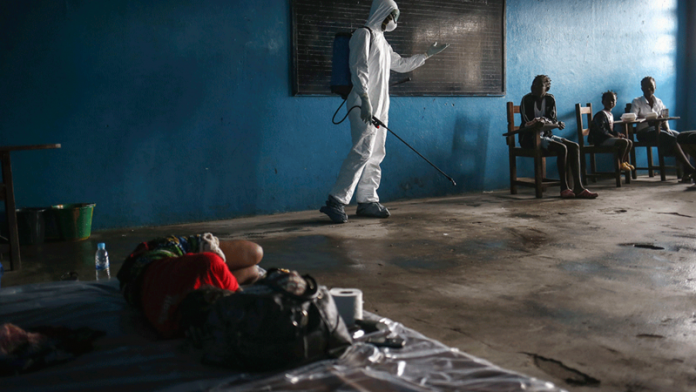 Liberia is poised to set another first for Africa. It was the first to have a female president, Ellen Johnson Sirleaf, and could be the first to outsource its pre-primary and primary public education system.

Bridge International Academies, a United States-based company, got the contract, worth more than $65-million, for a five-year period, Education Minister George Werner announced in January.

Bridge International Academies describes itself as the world’s largest education innovation company. It also operates in Kenya and Uganda.

The company’s teaching methodology centres on teachers reading the scripted lesson from a hand-held tablet. The teachers aren’t required to have a college degree because they receive five weeks of training. Class sizes can be up to 60 children.

Parents in Liberia would not pay for tuition, unlike the company’s schools in Kenya and Uganda, where families pay about $6 a term.

The move has drawn international and local criticism. Educationists plan to exert pressure on the Liberia government not to go ahead with the outsourcing plan.

Kishore Singh, the United Nation’s special rapporteur on the right to education, said in a press release in March: “It is ironic that Liberia does not have resources to meet its core obligations to provide a free primary education to every child, but it can find huge sums of money to subcontract a private company to do so on its behalf.”

She also took issue with the company’s claim that its learners do better than their peers at government schools, pointing out the data comes from a study commissioned by the company itself.

But privatised public education might be a good bet for Liberia, whose system is “in shambles”, she concedes: “In that case, an education system, which is modelled on accountability, standardisation, analytical rigour, and policy changes that can be backed with rich data sets, albeit private, is far better than what Liberia has at the moment.”

Jan Resseger, who chaired the National Council of Churches Committee on Public Education in the United States, questioned the motives of the company’s investors, among which is the International Finance Corporation, part of the World Bank Group.

“One must also examine the motivation of some of the so-called investors described as backing the work of Bridge International Academies, for example Bill Gates and Mark Zuckerberg. Are these tech-philanthropists supporting such an international education venture as part of their philanthropic aid work or is the purpose to expand the worldwide market for the kind of education technology that has created their personal fortunes?” she said.

According to Unesco’s Global Education Monitoring Report: “Thinking of schools only as places to learn how to read may appear a reasonable idea in a country where most children cannot achieve even that. However, it risks reducing appreciably the purpose of education. Policymakers need to be aware that good teaching cannot be delivered by just anybody out of a script.”

The National Teachers’ Association of Liberia, among other civil society organisations, have sent a letter to Werner explaining their concerns that the privatisation plan poses a serious threat to education and represents the “commercialisation of education services in Liberia”. – Globalvoices.org