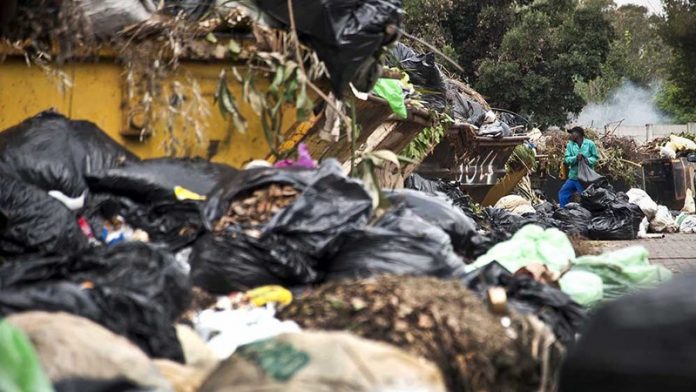 Pikitup, the waste management company of the City of Johannesburg, on Tuesday evening announced that ADT, CSS and Chubb had pledged to provide security support services for its refuse collection crews following attacks on some of its private contractors and temporary workers.

This comes as the strike at Pikitup by workers affiliated to SA Municipal Workers Union (Samwu) continued to intensify amid increasing violence as it entered its fourth week on Monday.

On Monday, a Pikitup truck on its refuse collection route was attacked and stoned outside Samwu House in Johannesburg CBD in broad daylight.

Pikitup spokesperson Jacky Mashapu, in a statement on Tuesday, said the private security companies, ADT, CSS and Chubb, would provide security support services for its refuse collection crews as and when their patrol vehicles were available, in their areas of operation.

Meanwhile, a debate to end the Pikitup strike has been scheduled for Wednesday in the Gauteng Legislature.

Democratic Alliance Johannesburg caucus leader Vasco da Gama called for the debate, saying the real test though would be whether the African National Congress (ANC) in the Council would support a DA motion in the debate mandating Mayor Parks Tau to end the strike immediately.

“It is high time we break the Pikitup deadlock. Our city cannot be held ransom by union pressure any longer,” Da Gama said on Tuesday.

About 4 000 Pikitup workers affiliated to Samwu went on an unprotected strike from March 9, demanding wage hikes from R6 000 to R10 000 a month, and that managing director Amanda Nair, step down.

Violence against workers
This was the fourth strike by Pikitup workers since November 2015, over the same reasons, although Nair was cleared by the courts on charges of corruption.

Last month, two Pikitup trucks were shot at along Rand Show Road, near Nasrec, at night which caused the vehicles to collide, though no one was injured.

Three days later, seven temporary workers were injured when an unknown group attacked them during a cleanup drive on a Saturday night in Alexandra.

Since the strike began, Pikitup has been paying R1-million a day to hire private contractors to pick up refuse and for security escorts to prevent attacks.