Something is ‘brewing’ in South Africa 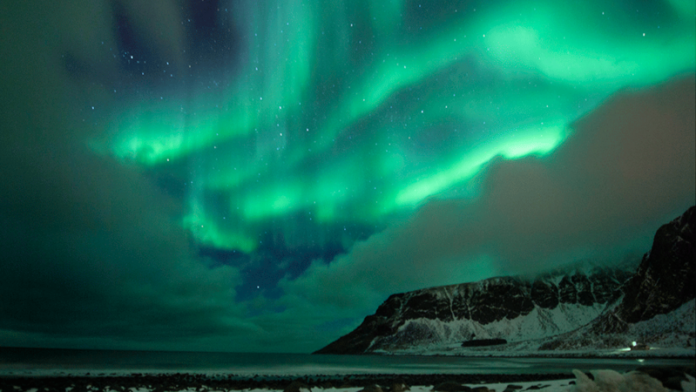 A few years ago, I travelled with my twin sister to a remote part of Finland, in search of the Northern Lights. We didn’t find them. Instead, we encountered an extremely chilly little nation where the response to “I’m from South Africa” was, on more than one occasion, a clumsy impersonation of a monkey. Penny Sparrow should consider running for public office there.

Anyway, part of our doomed mission to see the Northern Lights involved a midnight snowmobile expedition. I had never driven a snowmobile, or a quad bike, or a motorcycle, or any other form of motorised transport that is essentially suicide on wheels. Neither had my sister, who is a very small blonde woman with unexceptional driving skills.

After a panicked discussion, however, we agreed that she would drive and I would ride pillion.

Our guide set off in front at a terrifying speed. It was a velocity more suited to intergalactic rocket travel than to making one’s way through dense forest in complete darkness. We had no choice but to match his pace, because the alternative was to be stranded in pitch-black Finnish woodland and die agonising deaths from hypothermia.

It also crossed my mind that whenever you meet your end in a foreign country, newspapers always print a blown-up picture of your passport photo, which in my case strongly resembles lesbian serial killer Aileen Wuornos.

As we hurtled through the snowy darkness, missing fir trees by millimetres, it came to my attention that my sister was trying to shout something above the engine’s roar. “I can’t see!” she was screaming. “What do you mean?” I yelled back. “My balaclava has slipped over my eyes and I am literally blind!” she screamed.

This incident has been on my mind during the first few months of 2016. Sometimes living in South Africa feels a bit like being back on that snowmobile: careening into a future that nobody can see, with zero control over the journey.

It can be petrifying, particularly if you’re a white South African with the sinking feeling that our days of lying next to our tennis courts, cramming Lemon Creams into our mouths, are numbered. But there’s also something just the teeniest bit exhilarating about it.

Back in 1990, Rian Malan wrote in My Traitor’s Heart that the two things black and white South Africans shared were fear and a dedicated pursuit of the “reckless jol”. I think that holds as true now, 26 years later, as it did then. The two are linked, as those of us who drink heavily can probably admit.

I see fear all around me. Okes are scared. White callers to talk radio, for instance, seem obsessed with the idea that the government is about to steal their land. This isn’t a concern I can relate to, because I rent a flat about the size of a mouse coffin, but maybe I would feel differently if I had a sprawling wine farm.

That’s not to say I’m not aware that we whites are possibly living on borrowed time, of course. A black friend has promised to do his best to hide me when the revolution comes, but he’s not very physically intimidating so I’m dubious as to whether that will end well.

Perhaps I’m being cynical, and Deputy President Cyril Ramaphosa will lead us into a serene future in which we all hold hands at gorgeously integrated braais and drunkenly croon Nkalakatha together. I think this is what a lot of white South Africans are banking on. I have heard of several behind-closed-doors conversations painting Ramaphosa as the Promised One because “he’s already rich, so he won’t be corruptible”.

I should point out that this is precisely the same argument advanced by many supporters of United States Republican presidential hopeful Donald Trump.

At least we’re not the US, a country where a certified psychopath now has reasonable odds of getting his hands on the nuke button. And at least we’re not Iceland, a country with a previously unimpeachable reputation – if you don’t count the Viking stuff – now associated solely with corrupt financial systems and volcanoes. I had to laugh, this week, upon reading that Icelanders were protesting against their government by pelting Parliament with yoghurt. Imagine service delivery protestors in South Africa lined up with pots of Fruits of the Forest?

The epilogue to the snowmobiling anecdote is, self-evidently, that we survived. Fingers crossed that this part of the analogy will hold true for South Africans too.

In an address to the Stellenbosch University convocation last year, alumnus Lovelyn Nwadeyi told her audience: “Something is brewing in South Africa. I don’t know the name of that something, but I know that it is irreversible and will continue to brew and boil over whether we give it the permission to do so or not.”

I don’t know the name of that something either, but I look forward to trying to figure it out with you.

Rebecca Davis is the author of Best White and Other Anxious Delusions, published by Macmillan.