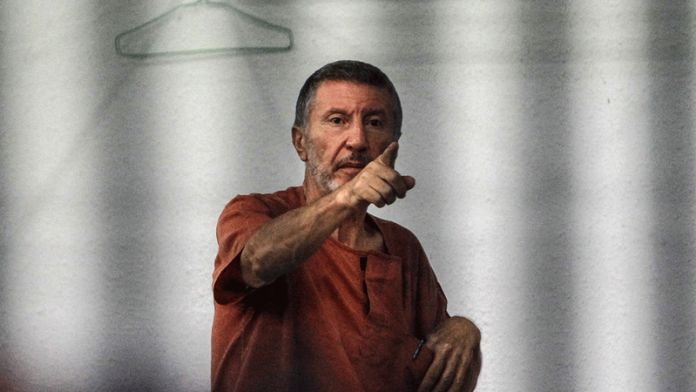 Leaked documents reveal how the son of convicted Italian mafioso Vito Palazzolo and the son of his best friend, Count Rocky Agusta, teamed up to sustain their fathers’ illicit businesses through offshore firms by using a former German banker.

The leak, dubbed “the Panama Papers”, also reveals details about the mafia’s business connection between the Italians and Namibian businessperson Zacky Nujoma, the youngest son of the country’s founding president, Sam Nujoma.

Even though Palazzolo, the criminal syndicate’s kingpin financier, is in prison, the mafia empire continues to flourish, thanks to a Panama firm that helped shield the companies from Namibian, Italian and South African state authorities by using tax haven companies in the British Virgin Islands. This has effectively hidden the Sicilian mafia’s (also known as Cosa Nostra) complex revenue system from investigations in those countries.

Data from Panama-based law firm Mossack Fonseca, leaked to German newspaper Süddeutsche Zeitung and shared with the International Consortium of Investigative Journalists (ICIJ), which in turn roped in other media houses such as the Namibian’s investigative unit, shows how the Palazzolo family – also known as the Von Palace Kolbatschenkos – registered a number of companies in the British Virgin Islands.

With the help of Wolf-Peter Berthold, a German banker based in Hong Kong, the Palazzolos appear to have used these firms to pass on the family business from one generation to the next. Berthold is the primary link between the Palazzolo family and Mossack Fonseca through Berthold’s Bahamas-based company Deutsche Investment Corporation, co-owned by Palazzolo’s son, Peter von Palace Kolbatschenko.

For the past few years, the Palazzolos used Berthold’s company to open at least seven companies in the British Virgin Islands.

The fixer
Banker Berthold established the investment firm Deutsche Investment Corporation in 1996 in the Bahamas, and registered it in Hong Kong. On face value, the company sounds credible.

Berthold, based in Hong Kong since 1977, appears to be a former employee of Deutsche Bank (Asia), but there is no evidence of a connection between Deutsche Bank and the Deutsche Investment Corporation.

Until recently, Berthold’s company incorporated a number of offshore firms in the British Virgin Islands through Mossack Fonseca.

The use of tax havens such as the British Virgin Islands enables companies – or criminals camouflaged by corporate structures – to conceal financial activities and identities using banking secrecy, nominees who aren’t beneficiaries and nondisclosure legislation to hide the records of the persons involved.

One of these entities, Diamond Ocean Enterprises, was set up in February 2005 and listed as a consulting company that provides expertise to a diamond manufacturer and polisher based in Namibia.

Mossack Fonseca records list the Deutsche Investment Consultants (Asia) as a director of Diamond Ocean. The company’s shareholders include Kolbatschenko, Berthold and Giovanni Agusta, the son of Rocky Agusta. According to Italian investigators, the Agusta family also plays a key role in maintaining the Palazzo family’s financial interests in Africa.

Berthold did not respond to requests for an interview.

The Agusta family
The Agustas, a noble Italian family linked to Munich and South Africa, are famous for having created a helicopter design and manufacturing company named Agusta Spa, sold to Westland in 2000 (the company was later named Agusta Westland).

Unlike his father, Count Riccardo, “Rocky” Agusta was less into helicopters and more into racing cars and living the good life. In the 1980s he moved to South Africa, where he raised his sons and established a close friendship with the Cosa Nostra’s key financier, Palazzolo.

Both were involved in managing South African businesses, including prestigious vineyards and wineries.

Paolo Piccinelli, who headed the Italian military police unit that caught Palazzolo in Thailand in 2012, claimed that the mafioso “sold his South African properties to Count Agusta to avoid having them confiscated”.

The Agustas seem to play a major role in Palazzolo’s financial empire. Documents identify Agusta Enterprises Holding Company as one of the entities managed by Deutsche Investment Corporation (Asia), the company central to the Berthold-Palazzolo alliance.

Berthold appears to be linked to the business of both the Palazzolos and the Agustas.

Palazzolo and Agusta did not respond to questions.

In 2007 Nujoma was quoted as dismissing Palazzolo’s organised crime links as “an old CIA story”, but he later claimed not to have known about Palazzolo’s past. “Then I did not know him; now things have changed,” he said. They had not been business partners, but “merely friends”.

Palazzolo and Nujoma’s company, Nu Diamonds, is one of fewer than a dozen De Beers’ sight holders – one of the authorised bulk purchasers of rough diamonds in Namibia.

Palazzolo’s son, Peter von Palace Kolbatschenko, was appointed director of Avila – in addition to already being a shareholder of Diamond Ocean. Avila and Marbella have since been dissolved.

The leak reveals another link between Palazzolo and Nujoma.

In light of the evidence in the Panama Papers, that should instead read that Ancash “has strong international connections with Palazzolo, the Cosa Nostra’s financier”.

Nujoma refused to discuss his business dealings with Palazzolo. “There is nothing to hide there, but write what you want,” he said this week.

Red light
In August 2015, emails exchanged by Mossack Fonseca’s compliance department outlined gaps in the due diligence requirements for the companies connected to the mafia financier.

These included disclosures related to the “source of funds” as well as residence and reference letters for the company Diamond Ocean.

Peter von Palace Kolbatschenko’s identity as a shareholder of the company was placed on alert due to his familial connection to Palazzolo.

Comparing the signatures on the leaked documents with those obtained in Namibia, confirms that the Peter behind Diamond Ocean is Peter von Palace Kolbatschenko, Palazzolo’s son and not his brother. This shows how the mafia has passed the baton from generation to generation.

Palazzolo had not yet been arrested when these offshore companies were established by Berthold. It would therefore not be improbable to assume that Palazzolo transferred the business to his son in case he was arrested and charged.

Palazzolo is in jail in Italy under a harsh law that allows prison regulations to be suspended for inmates convicted of crimes involving the mafia. It appears Palazzolo had little choice but to leave his empire to the next generation, which includes his son Peter.

Emails dated September 2015 quote Diamond Ocean as replying to Mossack Fonseca regarding the alleged mafia link: “We want to let the company lapse as it has been dormant for many years. It does not hold any assets, and we have no intention to use it in the future.”

Diamond Ocean was closed down as requested, which means any valuable assets related to Namibian diamonds had presumably already been shifted to another shell entity.

The documents show that the rest of Palazzolo’s companies associated with Mossack Fonseca, including Deutsche Investment Corporation (Asia), are still active and run by Berthold and Kolbatschenko.

It is not clear whether Berthold and Palazzolo were acquainted, but they were both employed by Deutsche Bank during their early careers.

This article was produced by the Namibian’s investigative unit in collaboration with Cecilia Anesi and Guilio Rubino from the IRPI and Khadija Sharife from ANCIR, with support from the ICIJ.

Women who kill: ‘Categories that rely on gender norms not useful’