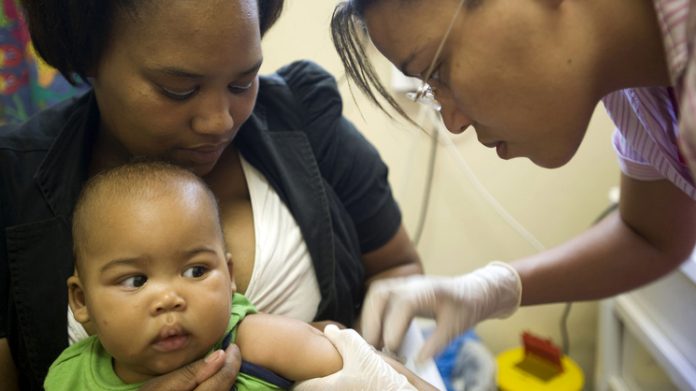 Responsible for up to 1.5 million deaths a year, tuberculosis (TB) remains the world’s leading cause of death alongside HIV. Yet private sector funding for research and development into treatment and prevention doesn’t seem to measure up.

That is why a high-level panel of the United Nations met with health advocacy groups in Johannesburg last month to seek ways to finance and incentivise research.

Researcher and activist from South African NGO the Treatment Action Campaign, Marcus Low, attended the meeting. He reportedly later told Business Day that “less than $100-million was invested in research and development for TB last year”.

Up to $1.3-billion is needed to fill the gap between available funding and required funding for research and development into new medicine against TB, the World Health Organisation noted.

Could money invested in TB research be that low?

Source says he was misquoted
Low told Africa Check that he had been misquoted. “What I told Tamar [Khan of Business Day] was that industry invested less than $100-million in TB research and development in the last year,” he said.

“I did not say that total investment in TB research and development (industry plus governments, foundations etcetera) was less than $100-million.”

To back up his claim, Low cited data from a report by US-based advocacy organisation, Treatment Action Group (no link to Low’s organisation).

For its 2015 report, the Treatment Action Group sent their survey to 174 known and potential funders of TB research. 107 surveys were returned, the highest yield in its ten year series, with 20 of the participants from the private sector.

The Treatment Action Group data is “the best and (pretty much) only source of data on research funding for TB by the pharmaceutical industry”, Professor Charles Horsburgh who is based at Boston University and whose research focuses on TB, told Africa Check.

‘Prospects of a blockbuster drug are low’
Government funding for TB research was almost four times that of the private sector ($419-million) and philanthropic funding at $149-million also exceeded it.

Why is the pharmaceutical industry’s funding for the world’s most deadly infection so low?

“Back in the 1970s it was assumed that TB was a done deal, and all the scientific discoveries that were needed had been made, so science moved on to other issues,” the director of the Center for TB Research at the Johns Hopkins University, Richard Chaisson, told our partner organisation Politifact.

“It turns out that the discoveries of the past were not good enough to result in TB elimination, and the advent of HIV and the emergence of drug-resistant TB made things even worse.”

Chaisson added: “Pharma has had no interest because the disease primarily affects poor people in poor countries, so the prospects of a blockbuster drug are low. The cost of developing drugs for TB are especially high because the large size and long duration of clinical trials.”

Project officer for TB/HIV at the Treatment Action Group and author of their 2015 report, Mike Frick, told Politifact “there’s not a commercial market for TB drug development. It is primarily treated within the public sector, and governments will want to pay the lowest price possible”.

Conclusion: $674-million was invested in TB research in 2014, not $100-million
Following a UN meeting in South Africa to incentivise TB research, Business Day incorrectly reported that less than $100-million had been invested in research and development for TB last year.

The best available data shows that in 2014 $674-million was spent worldwide, with the bulk coming from the public sector ($419-million). The reason for this, experts told us, is that the cost of developing TB medicine is high but the expected yield low as governments will want to pay the lowest price possible to treat their citizens. – Africa Check

Big Pharma is already showing signs of putting revenue ahead of saving lives in the race to find a Covid-19 vaccine, according to experts
Read more
Coronavirus

In Africa, more people will die as a result of what we are doing to prevent Covid-19 than will be saved by doing it
Read more
Coronavirus

Covid-19 leaves SA at the mercy of overseas drug exporters