Pull the plug on tampon taxes 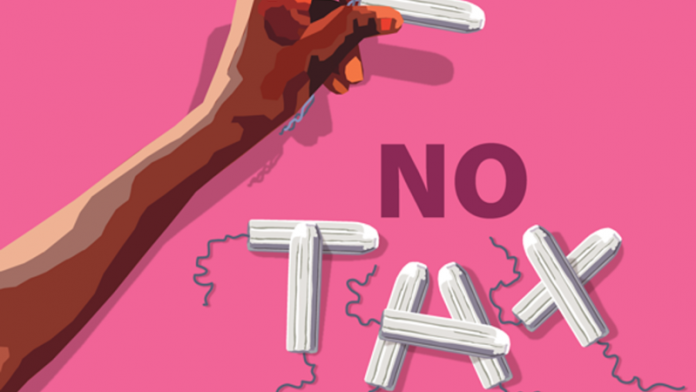 The city of Chicago recently abolished the tampon tax so that women would no longer have to pay extra for the pleasure of shedding the lining of their uteri every month. Until then, the city deemed tampons were a “non-necessary” item. This attitude is not novel in the world despite the fact that it is rather strange that someone would consider it a luxury to not stain your pants.

A period is pricey. For those who don’t know, a woman can go through about three to six tampons a day, every day for about a week to 10 days. That works out to about 40 tampons a period cycle. The average box of tampons has about 10 tampons, so that comes to four boxes a month, 12 times a year for about 35 years which adds up to a lot of money.

This extra expense is inescapable, illustrated by the fact that, despite the deal I tried to broker with Mother Nature, my period still shows every month, shouting: “Surprise, you’re not pregnant!”

I am pretty sure an SMS notification would be cheaper for both of us.

Although periods are natural and should happen regularly, tampons and other female sanitary products are not subsidised by governments in the way that condoms are.

Someone could argue that the social cost of unsafe sex is far greater than that of leaking on one’s favourite jeggings. But consider the fact that about seven million girls regularly miss school because they don’t have sanitary pads – and this in South Africa alone.

It is said that in the rural areas a girl could lose about three months of schooling in a year because of period issues.

Around the continent the numbers are even higher. To take an example from another part of Africa, Kenya’s ministry of education gathered data that stated “a girl in primary school loses 18 learning weeks out of 108 weeks in a year … within four years of high school, the same girl loses 156 learning days, equivalent to almost 24 weeks of learning.”

This is a blow to the potential of the country because a good amount of the future workforce remains underdeveloped for the simple reason that they don’t have sanitary pads. One can choose to have sex, but one cannot choose to not have your period.

This is not limited to only young girls and teenagers. There are places in the world where the majority of women do not have sanitary pads and tampons simply because they are too expensive or unavailable.

Arunachalam Muruganantham, aka The Menstruation Man of India, went on a mission to find out what this “period thing” was all about.

He took it upon himself to create a cheap sanitary pad after seeing how his wife struggled. He saw how she was forced to use rags “that he would not even use to clean his scooter” in lieu of sanitary products, and she went to great pains to hide this secret shame.

Through his research and development, namely wearing his prototype pad and a “uterus” fashioned out of a football, Muruganantham managed to complete his project.

As part of his R&D process he walked, cycled and ran with the football bladder under his traditional clothes, constantly pumping “blood” out to test his sanitary pad’s absorption rate. His hard work meant that he brought about a menstruation revolution in a country where statistics show that less than 12% of women use sanitary pads – and the number is even less in rural areas.

Companies such as Thinx have tackled the problem and have partnered up with AFRIpads, a Ugandan nongovernmental organisation that makes and distributes washable, reusable pads to women. These women too often do not have access to the basic necessities and resort to using plantain leaves, paper bags and even cut up sacks, which can be unhygienic and can cause illness.

Countries around the continent, and the world in general, should seek to waive any tax on tampons and sanitary pads, as well as bolster access to them, because it is not a luxury to not bleed, it is a necessity.

The idea that having one’s period is the equivalent to driving a Maserati is ridiculous. The tax in itself is difficult to justify to anyone who has ever howled at the red moon or any other awkward euphemism you want to attach to having your period. It is time that governments stopped riding the crimson wave all the way to the bank.

Kagure Mugo is the cofounder and curator of the HOLAAfrica! blog

Menstruation by any other name: The more than 5000 ways we say ‘period’

#FreeToBleed: ‘A pool of blood gushed down my thighs. My white socks were red.’

[LISTEN] Clueless about your period? There are consequences