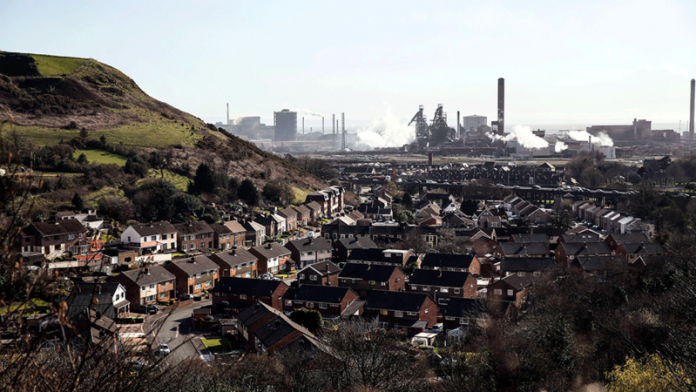 The domestic steel industry is bleeding and stakeholders fear its death unless emergency protections are introduced soon.

The steel industry and labour unions are growing impatient with the slow moves by trade authorities to protect domestic steel production by imposing tariffs on cheap imports. But analysts warn that decisions cannot be taken lightly or rashly.

“We need to pull it together or we will lose our local steel manufacturing capacity. We could lose it all by the end of the year, and it will take us 10 years to get it all back,” said Marius Croucamp, the deputy general secretary of the steel industry at trade union Solidarity. “Once we have lost the primary industry then everybody is in trouble.”

He warned that South Africa’s largest steel producer, ArcelorMittal, could soon follow in the footsteps of Evraz Highveld Steel and Vanadium, which in February closed its doors following a failed attempt at business rescue. Almost 2 200 employees were sent home without retrenchment packages.

The plea from organised labour follows reports that the International Trade Administration Commission of South Africa (Itac) will take a decision in June on whether aggressive steps should be taken to protect the steel sector.

But, said Croucamp: “It’s too late. Some companies need to take a decision about what to keep open by the end of April. It is as serious as that.”

For example, he said, Arcelor-Mittal’s Vanderbijlpark plant, which employs 7 000 people, is in financial difficulty and cannot afford for more time to lapse before steps are taken.

ArcelorMittal South Africa accounts for 70% of domestic steel production and its financials for last year showed losses had ballooned to R8.5-billion. Its share price has plummeted by 62.5% in the past 12 months. As of April, the company has raised steel prices.

According to Trading Economics, using London Metals Exchange data, steel prices fell by $220 a tonne, or 70.97%, during the past 12 months. Steel reached an all-time high of $1 265 in June 2008 and a record low of $90 in March this year. The high rate of steel production in China is continuing and, it is speculated, steel is being sold to export markets at prices below the cost of production.

On Tuesday, the global steel giant ArcelorMittal announced the successful completion of a fundraising drive with a $3-billion rights issue – in which shareholders were offered the first option to buy additional company shares – to cut its debt and shore up its balance sheet.

Tata Steel has announced it will sell its steel mills in the United Kingdom, casting into doubt the future of up to 15 000 jobs and prompting urgent ministerial meetings.

‘No sense of urgency’ on government’s part
Henk Langenhoven, the chief economist of the South African Steel and Engineering Industries Federation of South Africa and an appointee to Itac, said the numbers show the sector’s troubles seem to be getting worse. According to Statistics South Africa’s quarterly employment survey, the metals and engineering industry lost more than 11 000 jobs between January and December last year, with nearly 7 000 of these in the fourth quarter.

Last year, the government threw its weight behind tariff protections for the steel industry, with a 10% import tariff introduced on some steel products, the maximum allowed for under World Trade Organisation rules. In a submission on Monday, South Africa notified the WTO it has started an investigation into safeguard measures on the imports of some steel products. The application was lodged by the South African Iron and Steel Institute on behalf of its members producing these products.

Safeguards provide emergency protection from imports if the domestic industry is injured or threatened.

The submission said the commission found that prima facie information submitted indicated that the industry in the South African Customs Union (Sacu) was suffering serious injury, which could be linked to the surge in the volume of imports of those products.

Donald MacKay, the director of XA International Trade Advisors, said a safeguard is the most aggressive form of protection available because it has no upper limit and it will affect all exporters of steel to the Sacu region. “I don’t think there is much doubt that the steel sector is in trouble right now, but that does not mean that this is the correct weapon of choice.”

The G20 has lobbied against increasing trade protectionism. But, “in the world of steel, there is an absolute trend in setting up protection. There is a national interest recognition that is stronger than before,” said Langenhoven.

“If we lose the jobs inside, it becomes a big issue as to whether industrial policy works and whether the domestic economy can support its own people.”

The 10% tariff already implemented is not enough, Croucamp said. The union is calling for anti-dumping measures and more use of local steel, for example in large infrastructure projects carried out by the likes of Eskom and Transnet.

Langenhoven said the fundamental argument behind the use of tariff barriers to stimulate local demand is that, if domestic production can reach a higher capacity, it will bring local production costs down.

According to MacKay, a safeguard duty can only be imposed for three years and must be reduced each year from the date imposed. Safeguard duties can’t be imposed on a group of tariff headings, but only on specific tariff sub-headings.

“In this case, the matter has been initiated on 21 tariff sub-headings and some of these are actually seeing a decline on import volumes,” he said, noting this should be cause for concern as there have been disputes at the WTO where it was decided safeguard duties cannot be imposed on tariff codes that experience a decline in import volumes.

The biggest concern seems to be imports from China, but a duty would affect countries such as Japan, Sweden, Germany and South Korea, who dominate the trade of some steel products, although their prices are often more than Chinese products.

Resorting to a safeguard before exploring other options leaves South Africa open to challenge by all the countries affected by it, said Mackay.

“The most appropriate measure would be a countervailing action against China to offset the subsidies being received by their steel industry,” he said. “This would focus the efforts on China alone and not have spill-over into other countries.”

Trade and Industry Minister Rob Davies has in the past said this is not an option, but the steel industry in China has since become the most countervailed sector in the world, MacKay said. Anti-dumping actions would also be appropriate “because, looking at the dollar price, dumping is almost certainly occurring”.

The WTO defines dumping as a company exporting a product at a price lower than the price it normally charges in its home market.

South Africa’s Record of Understanding, signed with China in 2006, makes it difficult to impose large anti-dumping duties on goods from that country, said Mackay.

Croucamp said that although the process to get adequate protections in place has been onerous and requires several government departments to work together, “I’m not convinced they have a sense of urgency.”

Since Highveld Steel and Vanadium’s closure, the Solidarity Helping Hands charity has gone from feeding 296 families a month in the Witbank area to 400, “and that’s just the start of it,” Croucamp warned.