In Tanzania, a new weapon in the war on rabies: mobile phones 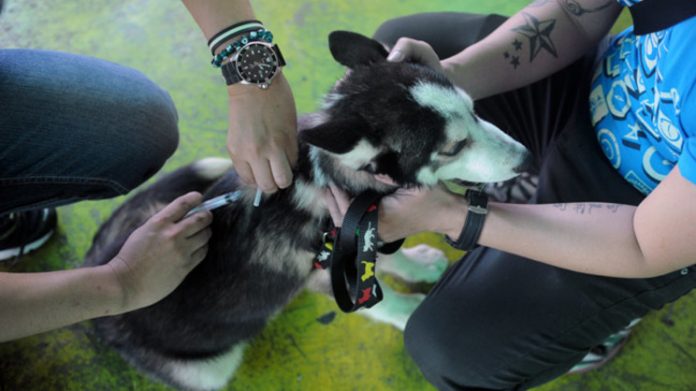 Outside Dr Chibonda’s clinic in a remote village in the rural heartland of Tanzania, seven families sit waiting anxiously. One mother is with her teenage daughter and two young sons, and finding it particularly difficult to hide her fear. A few days ago, she and her children were bitten by their neighbour’s dog, which has not been seen since. Last month, she was at a funeral in the next village for her friend’s eight-year-old son. That little boy had died of rabies.

All these families are waiting to see whether the doctor’s colleague makes it back in time from the capital, Dar es Salaam, with rabies vaccines. On this occasion the vaccines come through, but there are never guarantees. It is a four-day round trip and it is not easy getting the money together to buy them privately. In the past, Dr Chibonda advised families to go and buy the vaccine themselves, but then one parent returned with her comatose child. That was in 2008 and he is still haunted by it.

Tens of thousands of people die from rabies each year – one every 10 minutes. It kills more people in sub-Saharan Africa than anywhere else besides India, and rates have been increasing in Africa. Once symptoms begin, death is inevitable within 10 days. Muscle control deteriorates; the pain is excruciating and victims lapse between lucidity and severe agitation. Lucid patients are well aware of what the future holds and that nothing more can be done.

In low-income countries in Africa, vaccines are often out of stock in rural clinics such as Dr Chibonda’s. The problem is not a lack of vaccines per se, but a supply chain that is not responsive to demand because there are no electronic records and monitoring systems are virtually non-existent. The information available to the authorities tends to reveal only the tip of the iceberg. And this is not just a problem for rabies, but for essential medical supplies in general.

Mobile phones look like the answer to this information problem. Many sub-Saharan countries went through a technological revolution in the early 2000s when mobile phones arrived, leapfrogging landlines as the commonest communications tool. Over 97% of Tanzanians now have access to a mobile phone. While most clinics do not have a computer, every health worker has a mobile.

The app
A few years ago, former University of Glasgow PhD researcher Zac Mtema developed an application for rabies monitoring that could run on the most basic handsets (less than 5% of health workers in Tanzania own a smart phone). It lets health workers record information on patients with animal bites and their treatment using a simple form; while veterinary workers can submit records on outbreaks and dog vaccinations.

All this information goes to a website that is accessed by government staff. It lets them see where dog bites are occurring, where stocks are running low and where not enough dogs have been vaccinated. Equally important, it lets two sets of workers share information in real time in a place where typically lines of communication between sectors are weak.

It is worth stressing the wider potential here: when it comes to diseases that spread from animals to people, such as anthrax and ebola, you need veterinary and health workers to co-operate. In a similar way, controlling diseases spread by mosquitos, such as malaria and zika, depends on the joint efforts of environmental and health workers.

We have just reached the end of a five-year trial of this system in southern Tanzania. It has involved over 300 health and veterinary workers submitting over 30 000 records across an area that is home to several million people. It has supported a World Health Organisation-funded rabies control programme in which the government has been aiming to vaccinate at least 70% of dogs in the 2 000-plus villages across the region every year since 2011. This is part of a global push to eliminate human deaths from rabies by 2030.

Our results have been very encouraging. Patients reporting to clinics with dog bites have halved over the past five years, and rabies has disappeared entirely from Pemba, an island with a population of over 400 000. Admittedly, it is much easier to eliminate rabies from an island with a small dog population, but the trajectories across the pilot area are promising, too. Dr Chibonda used to see bite patients almost every day, but now sees just one or two a month; and where previously he didn’t even know the veterinary officer in his community, now they call one another and even carry out joint outbreak investigations.

The system may not solve the problem of chronic underfunding, but it helps make the most of the resources available. The fact that the handsets are so familiar and easy to use is almost certainly one of the reasons why it has taken off.

Our programme is an example of “mhealth” – using mobile phones for healthcare. It’s a promising and rapidly growing area, though there are few examples of programmes of this scope and scale. The government has adopted our application as a pilot in the region for rabies prevention. We hope it will be rolled out across Tanzania, where the disease remains rampant. Elsewhere in the country, it has already been adapted for other uses including monitoring pregnancies and birth complications, as well as for malaria control.

The more that cheap, easy to use, and familiar tools such as ours can become standard practice to support healthworkers, the better equipped they will be to deal with the entrenched disease problems of today – and for epidemics in the future.