SA cricket goes under the microscope 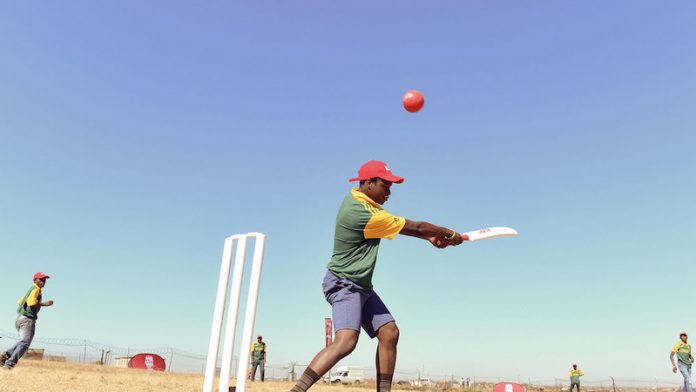 The Proteas don’t play another international fixture until June, which may be a source of frustration to their supporters but a blessing in disguise for those working behind the scenes in the game. There is a great deal of work to be done, and it started this week.

Not only will the recently appointed panel to review a miserable 12 months for the Proteas begin its work, but the chief executives from both franchises and provincial unions, along with the country’s players represented by the Cricketers Association, also held a series of meetings which will change the face of the domestic game as we have known it for 13 years.

Cricket South Africa’s (CSA) decision to hold what is effectively an inquest into the wretched showing of the national team was bold and the choice of panellists innovative. They include Rugby World Cup-winning captain Francois Pienaar, former Test opener Adam Bacher and sports scientist Dr Ross Tucker. The panel will be chaired by Dawn Mokhobo, an independent director at CSA, as well as head of human resources, and a woman with a successful and often groundbreaking career in business.

The exact parameters of the review were due to be given to the panel on Friday April 15 but it is understood that there will be few limitations. The objective is simple: find out why the national team is underperforming and suggest ways in which it may be improved. Apparently, nothing will be off limits, although the panel will be made aware of the policies that are set in stone – for now – such as transformation targets.

But the coaches, captains and management will be examined as will the structures and processes, which govern everything from fixtures to selection and tour logistics to kit supply, if necessary.

The last time such a review took place was after the disaster of the 2003 World Cup when South Africa failed to progress beyond the group stage on home soil. But it was conducted internally under the leadership of then chief executive Gerald Majola with a blame culture in full flame and scapegoats required. Sacking Shaun Pollock as captain helped nobody.

Bacher has a deep empathy with the players and the demands international cricket makes of them, but also a ruthless ability to analyse information and make informed decisions. He runs his own investment and wealth management company, and does it very well.

Pienaar understands the dynamics of personal relationships within a squad of professional sportsmen better than most and also the importance of the right management, having been fortunate enough to have the excellent Morné du Plessis alongside him in 1995. As glib as it may it sound, there may be something in the bar room cliché: “He knows how to win.”

Tucker is all too familiar with digging for answers in a scientific way and serves, according to his website, as “scientific and research consultant to World Rugby, ambassador and scientific adviser to Virgin Active and Adidas”. He has also conducted research “into the physiology of East African runners, high-performance culture, talent identification and management, and the limits of human performance”.

Bacher began doing research of his own the moment he accepted the appointment in principle and points towards the comprehensive and ultimately highly successful Argus Review of Australian cricket in 2011, which contributed to that country’s rise from an all-time low of fifth in the world to its current pre-eminence back at the top of the pile.

The domestic game, too, is set for change. The franchise system was created on the basis of a strength-versus-strength principle but, currently, there are simply too many good players unable to play regularly, primarily because of CSA’s aggressive transformation policy.

If, as has been widely touted, two more franchises are added to the current six, there would be no shortage of bidders.

“We have the capacity and infrastructure to establish a franchise here. It is something we would welcome and it would make a huge impact on the whole region,” said Griquas president Rihan Richards.

“It would be a dream come true,” said the chief executive of North West, Heinrich Strydom. Border and Easterns, too, would fight for a seat at the top table. Boland might be considered an outsider but former long-time chief executive, Omar Henry, believes the union’s record of producing players and on the field demands recognition.

“A farmer cannot grow anything on barren land. There is a rich cricket culture in the Western Cape and another franchise would be completely justified,” Henry said.

The revamp of the RamSlam T20 competition is of paramount importance and some huge decisions were discussed this week. An increase in the number of teams, more overseas players and the availability of the national players for the vast majority of the tournament top the agenda.

Henry says there was a lack of foresight from those in charge when they condensed the original 11 provinces into six franchises: “Nobody could see or predict how T20 cricket would take hold of the game and become the only bread and butter for the domestic game. Now, we need to look ahead and see where we want to be in 10 years time, and then devise a way to get there.”

His suggestion is radical. “Return to a first-class competition of 12 teams, including KZN Inland, and have a Colts league, which serves as the feeder system,” Henry says.

“When they talked about a franchise system all those years ago I thought about McDonalds and KFC. They are the first franchises which come to mind. They are a fast meal and popular. Why don’t we franchise our T20 cricket only?”

Following the Australia success of the Big Bash, which has eight teams, South Africa could have two franchises in the most populous cities – Jo’burg and Cape Town (as Sydney and Melbourne do) with others in Centurion, Durban, Port Elizabeth and perhaps Bloemfontein.

The game needs a shot in the arm. Expansion needs extremely careful management, but if done well it would provide a cocktail of vitamins and boosters to keep it healthy for decades.

Set up to fail: the prospective candidate attorney’s calamity