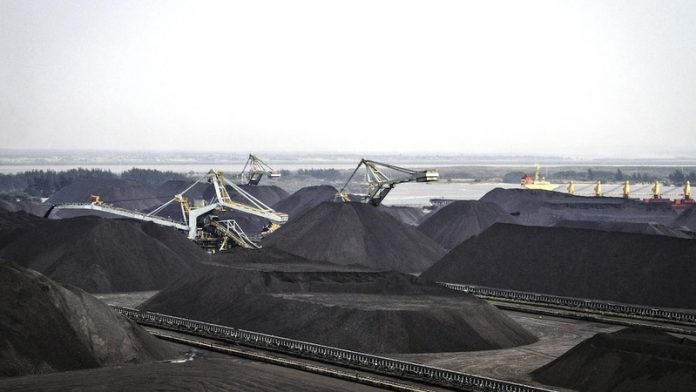 People affected by mining will gather at the Guptas’ residence in Saxonwold Drive, Johannesburg, to make a stand against the corruption, vested interests and dirty deals in the coal sector.

The protest on May 14 is not about the Guptas, but about what they represent. They are the public face of the close business-government relationship, and have become the poster child for everything that is wrong with the mining sector and, in particular, the coal industry.

Corruption is entrenched in the highest levels of governance and threatens South Africa’s democracy. But there has always been a close relationship between those with political and financial power. The ties between big business and the governing party remained during South Africa’s transition to demo-cracy, as has the corruption and secrecy linked to them.

As has been well documented in the media and by civil society, the Guptas not only appear to wield enormous influence over some sections of government (especially the president and his executive) but also their ever-expanding coal business has greatly benefited from it.

The acquisition of Optimum Coal has been regarded as an essentially corrupt deal, acquired as a result of the Guptas’ close relationship with the government and, by default, Eskom. The family has also secured a stake in the Richards Bay coal terminal and ownership of the Brakfontein colliery, which feeds the Komati power station, and the Koornfontein coal mines. All the deals lack transparency, and acce-lerate South Africa’s unnecessary dependence on coal.

The effect of the coal sector on the environment is huge. According to the International Energy Agency, the coal-based power sector accounts for about 330-billion cubic metres of water globally.

In terms of total air pollution in South Africa, coal-fired power plants contribute about 60% of particulate emissions, more than 80% of mercury emissions, 45% to 50% of sulphur dioxide emissions and 30% of nitrogen oxide emissions. South Africa is the 12th largest carbon dioxide (CO2) emitter worldwide.

Last year, 65% of coal sold locally went towards meeting the country’s power requirements and 93% of all electricity generated came from coal. The construction of Medupi and Kusile will lock us into millions of tonnes of CO2 emissions over the next 30 to 40 years, which the environment cannot afford.

This “investment” is creating a situation where a 10% increase in greenhouse emissions will weigh heavily on a country that is already water stressed.

As a result of the environmental costs, plans for new coal-fired power plants and coal mines are meeting fierce resistance all over the world and South Africa is no exception. There are fights over coal in Mpumalanga, Limpopo, KwaZulu-Natal and Gauteng – in almost every area where mines, storage and coal-fired power stations are being planned.

All these developments will mean that South Africa will not be able to meet its commitments to reduce its greenhouse gas emissions as required by the COP17 Paris Agreement.

The local protest in May against the new coal developments is part of a much bigger movement that is happening around the world. Break Free is a global mobilisation campaign aimed at leaving fossil fuels in the ground.

A global wave of peaceful protests will take place from May 4 to 15 on six continents aimed at the world’s most dangerous fossil fuel projects. The aim is to demonstrate our resolve to break free from polluting fuels and to build a new economy that works for people and the planet and accelerate the transition to 100% renewable energy.

The transition is already happening elsewhere. Globally, coal is not faring very well. Following China’s announcement of a moratorium on new coal at the end of last year, Peabody, the world’s largest coal company, has filed for bankruptcy protection in the United States, after it could no longer pay its debts, in part because of waning demand for coal.

At the same time, renewables are receiving record amounts of investment, about $329-billion last year, according to research by Bloomberg New Energy Finance. Clean energy is also the highest contributor to South Africa’s foreign direct investment at R192-billion.

So the question remains: Why is the South African government still clinging to fossil fuels, and facing greater economic instability, when a cleaner, fairer, 100% renewable future is a real, tangible option?

The bottom line is that the coal industry is being propped up by the vested interests of big business, which ignores the interests of the country as a whole. The Guptas will remain our primary Break Free target because they represent the damaging system that keeps coal alive.

If we are to break free from fossil fuels then it is the Gupta kind of behaviour that we need to expose. A people-centred energy mix is possible and can be realised by undermining the dirty, secret deals.