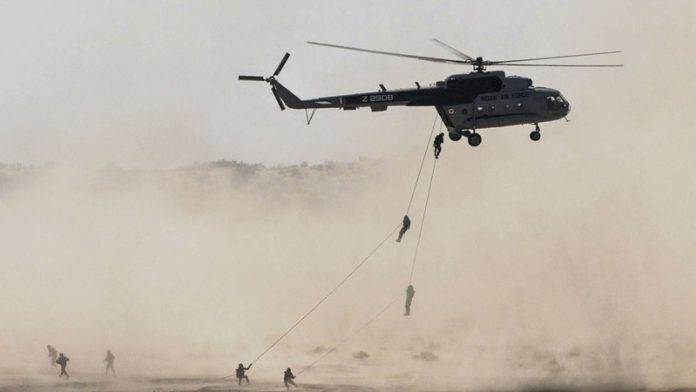 Denel has joined up with a Gupta-linked company supposedly to tap into growing defence budgets in Southeast Asia, but it makes little sense.

The establishment of Denel Asia would place the arms company in a region where defence budgets are getting bigger – only it would be peddling unwanted wares, critics of the venture say.

Defence industry specialists say that governments there are in the market to improve their aerial and naval capabilities, which Denel does have a competitive edge in.

And the partner Denel has teamed up with, Gupta-linked VR Laser, does not appear to be bringing much to the table to justify its 49% share.

The deal, which was pushed through after a newly appointed Denel board had suspended three of its top executives, including the chief executive, raised red flags and the treasury has publicly denounced the establishment of the joint venture as being in effect illegal and a violation of Denel’s government guarantee conditions.

Denel, in a statement, claimed it was all a misunderstanding.

The inexplicable suspension of the executives – culminating in the removal this week of chief executive Riaz Saloojee for undisclosed reasons – is part of a trend of perplexing appointments on the boards of state-owned enterprises, including those of SAA and Eskom. This has raised questions about who might be pulling the strings and what the end game might be.

In a late January statement (no longer available on its website), Denel announced Denel Asia had been established to expand business into Southeast Asia. A report on Defenceweb at the time quoted Zwelakhe Ntshepe, Denel’s acting chief executive, as saying South east Asia was an important region in which Denel could expand its business, particularly in the fields of artillery, armoured vehicles, missiles and unmanned aerial vehicles. It said India, Singapore, Cambodia, Indonesia, Pakistan, Vietnam and the Philippines had, according to Denel, announced their intention to buy new equipment and they would receive the attention of Denel Asia.

Craig Caffrey, a senior analyst for defence budgets at IHS Janes with responsibility for Asia-Pacific and the Gulf States, said defence spending globally has been flat, even declining slightly, but from a regional perspective budgets have risen in Asia and the Middle East.

Although China’s spending on defence is up, its market is not open to imports, Caffrey said.

Requirements vary from country to country, but most of the South East Asian budgets are being ploughed into air and maritime capabilities, and not, as previously, into land capability, Caffrey said. “Air force and naval budgets are rising faster than army budgets.”

Andre Roux, an international defence analyst, said there is little that Denel specialises in that it can sell in Southeast Asia.

The Asian arms market is focusing on modernisation and equipment upgrades, maritime capabilities and integrated weapon systems, as well as counterinsurgency and antiterror capabilities. “In most of these areas, Denel does not have a competitive advantage as it is not just the quality of your product, but it is working with local partners, geopolitical influence of your country and many other variables,” said Roux.

On the other hand, the Indian market has a wide range of capability requirements, Caffrey said. Although it might not be in the market for that much in the short term, “with it having the fourth-biggest defence budget in the world, India is certainly something you would want to be exposed to”.

Roux said Denel should rather focus on the Middle East. It is going to have the highest defence growth and make the biggest weapon system acquisitions in the next 10 years, and the playing field is relatively level, where Denel can compete on quality.

“In fact, probably 70% of new acqui­sition money not linked to traditional suppliers will be up for grabs here and it is where Denel could profit, as the Middle East area has been overreliant on French, British and US systems and [will be] looking to diversify and seeking quality products,” he said.

VR Laser in South Africa specialises in manufacturing steel products for a range of end users, including the defence industry. But the value it can add to the Denel Asia joint venture as a 49% shareholder is unclear.

“There is little real value that can be seen in this venture,” said Roux. “The spin of gaining access to Asia markets is hardly plausible as there is very little proven value Denel’s new partner will bring to the table. This deal will just cost them more money.”

The joint venture has no capital value. It just means 49% of all future profits goes to the middleman, VR Laser Asia, Roux said.

In 2013, VR Laser South Africa landed a subcontract as the preferred supplier to Denel for cutting and pressing for the new Badger infantry combat vehicle (also known as Project Hoefyster) for the South African National Defence Force – its largest order to date, with a total price tag of R10-billion, or R42-million for each of the 238 vehicles.

Ajay Gupta’s eldest son, Kamal Singhala, and a Gupta affiliate, Salim Essa, are directors of VR Laser in South Africa. A few months after VR Laser landed the Badger sub-contract, Essa reportedly set up VR Laser Asia, of which he is the only shareholder.

Pieter van der Merwe, the chief executive of VR Laser in South Africa, and listed as a director of Denel Asia, said he could not respond to questions about the joint venture over the phone. He requested that questions be emailed to him, but he did not respond to them.

Roux said: “The only way to stay in that game is to have massive research and development funding so you can have the best products on offer and have local partners to negate the domestic political influence on procurements.”

The establishment of the Denel Asia business was pushed through at the same time that the three top executives were pushed out by the new board.

This week, Saloojee, who is credited in helping to turn Denel around, had his contract terminated without any finding of wrongdoing, and was paid out for the rest of his term.

Denel was established as a private company in terms of the Companies Act of 2008, but the government exercises full control over it and it answers to the minister of public enterprises, Lynne Brown.

Brown selected the Denel board members in July last year. In September, the board suspended Saloojee, the chief financial officer and the company secretary.

Natasha Mazzone, the Democratic Alliance’s spokesperson on public enterprises, said Saloojee has been officially fired without being found guilty of any misconduct.

“The timing of his discharge is suspicious and lends credence to the notion that his dismissal was linked to his refusal to broker arms deals with the politically connected Gupta family,” she said.

Brown’s spokesperson, Colin Cruywagen, declined to comment on the minister’s reaction to the worrying trend of suspect appointments to the boards of state-owned enterprises while under her watch.

Denel did not respond to any questions put to them.

The company can’t afford to annoy the state

In the standoff between Denel and the treasury, the not-so-small matter of government guarantees and the cost of borrowing may hang in the balance.

Fitch ratings agency last month affirmed Denel’s AAA national long-term rating, with a stable outlook, largely on the basis of strong links between Denel and the state, given the government’s “irrevocable and unconditional” guarantee on R1.85-billion of Denel’s R3-billion domestic medium-term notes.

The guarantee matures on September 30 2017 and Denel management has said it will approach the state for an extension of the guarantee.

Fitch warned that a reduction of the government-guaranteed portion of Denel’s debt to below 50% – an indication that the government guarantee might not be renewed at expiry, or of a weakening in government financial support – would lead to Fitch assessing Denel on a standalone basis.

The treasury, in a statement about the unauthorised Denel Asia joint venture last week, said terms and conditions attached to the R1.85-billion in guarantees it provides to Denel require that any significant transactions that Denel enters into must be approved by the ministers of finance and of public affairs.

“The minister of finance is still considering this application, and further information has been requested from Denel,” the treasury said.

More significantly, Denel is also required to comply with section 51(1)(g) of the Public Finance Management Act, which is unequivocal in its requirement that the board of Denel must obtain approval before establishing a company.

Denel has submitted an application but it is still under consideration and no decision has yet been made, the treasury said.

The department of public enterprises, in a recent report submitted to Parliament, said the financial sustainability of state-owned companies such as Denel is crucial as they operate in the productive sectors of the economy.