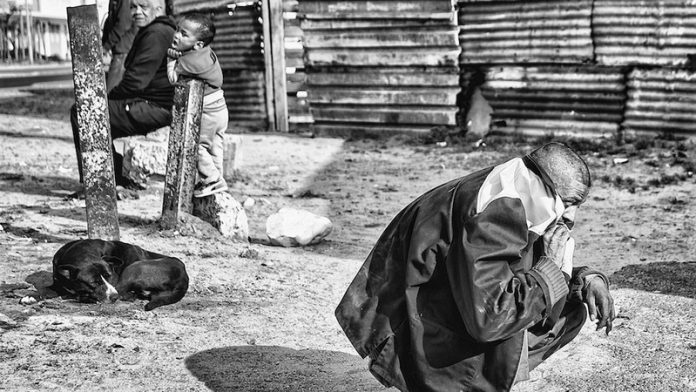 I’d like to respond to three problematic articles that have appeared in the Mail & Guardian. Kim Wale’s Tradition warriors fight off change, Jeff Rudin’s Race reinvented for post-apartheid South Africa and Don Pinnock’s There are solutions to the gang problem share a key shortcoming: they conceal the central role that structural racism plays in post-apartheid South Africa. In reproducing the hegemonic racial discourse of colour blindness, they further contribute to naturalising and rendering invisible white supremacy in our time.

Wale detaches the attacks at the University of the Free State from the white supremacy that motivated them. White men, in her article, act based on a toxic masculinity that is disentangled from racism, even as this racism was fundamental to the attacks.

Rudin, as Gerard Maré also does in Declassified (the book Rudin reviews), critiques the employment of racial categories per se although collecting racial data remains necessary for monitoring and remedying racial inequality. Prematurely doing away with racial categories only favours white people. It should not surprise us that Maré demonises affirmative action policies in his scholarship.

Race might be scientific nonsense, but it is a social reality that still determines life chances. In South Africa, the life expectancy for black people is below 50 years and for white people over 70 years. Whites, less than 9% of the population, own more than 80% of the land and economy. Statistics such as these undermine Rudin’s and Maré’s arguments and are thus omitted in their writings.

Pinnock resorts to another strategy that renders white supremacy invisible: the pathologisation of the black family. He portrays the consequences of poverty (broken families, drugs …) as the causes of poverty. The structural racism that enables racial segregation to continue unabated in Cape Town and beyond is conveniently elided from Pinnock’s text.

These writings do not help us understand what racism is and how it works. Consequently, they provide misguided “solutions” that support structural racism. These essays are symptomatic of an alarming trend in South African media, scholarship and public discourse, where racism is frequently misrepresented as a matter of individual prejudice rather than as institutionalised, or is disavowed altogether. These writings testify to white people’s active investment in silencing structural racism and reproducing the racist status quo. – Marzia Milazzo, assistant professor, Vanderbilt University, and postdoctoral fellow, Rhodes University

? I would like to compliment Don Pinnock on his superb article about our “gang problem” and the government’s failure to deal with it appropriately.

It is essential reading, especially for Capetonians. Pinnock writes with such insight and intelligence.

How fascinating to read about epigenetics and that the development of the fetus is significantly affected by the mother’s poor condition and lifestyle, leading to dysfunctionality, aggression and addiction in her offspring.

His reference to education in South Africa favouring “head intelligence over hand intelligence” is spot on. The system should address the fact that there are no more “office jobs” for school leavers and should promote trade schools and the like. – Ginette Flockton, Cape Town

Harvey’s take on Samwu is trash

Harvey should have done proper research on the issues leading up to the protracted industrial action by members of the South African Municipal Workers Union at the City of Johannesburg’s waste management entity, Pikitup.

For a former trade unionist to rely on desktop research and present it in the public domain as though it’s the truth is disappointing, to say the least.

Harvey lays the blame for the consequences of the protest action solely on workers. But instead of addressing workers’ issues, the City of Johannesburg decided to appoint contractors to render services for R1-million a day. This money could have been redirected to servicing the people of Johannesburg.

Our members are residents before they are workers, so the non-collection of refuse also affected them.

Equating protest action to “leaderless disorganisation” is mischievous and appalling. The most powerful tool that workers have is their labour power and withdrawing this power often yields results in the interest of workers.

Salary and wage negotiations in our sector are done centrally at the South African Local Government Bargaining Council. Agreements signed there are binding on all municipalities. However, this does not prevent municipalities that are financially strong from offering workers more.

One cannot, for the sake of convenience, argue that workers can’t go on strike because they are an essential service. A strike is always a last resort, especially given the fact that employers apply the principle of no work, no pay, which adversely affects workers. Samwu is a lawful organisation that respects the rule of law. We have on numerous occasions distanced ourselves from the violence that took place during the strike and maintain that no violence has been perpetuated by our members.

Harvey should have blamed the employer, which tried to break the strike by bringing in contractors and temporary employees. This happened in spite of the fact that one of the grievances of the workers includes the continued use of the temporary employees.

Harvey has selected to vehemently defend Pikitup’s managing director, Amanda Nair. Our claims against her are backed up by a pile of evidence, including the public protector’s report, which found evidence of wrongdoing. However, the city has not acted on this. Workers demand the suspension of Nair.

It is irresponsible for Harvey to link Samwu’s protest actions to internal union challenges. Samwu believes in clean and transparent governance in municipalities, and the same applies to the union’s affairs. In case Harvey missed it, the union’s central executive committee resolved to appoint EY (Ernst & Young), a reputable audit firm, to conduct a forensic audit on its finances. EY has begun its work and we eagerly await their report. – Papikie Mohale, Samwu national spokesperson