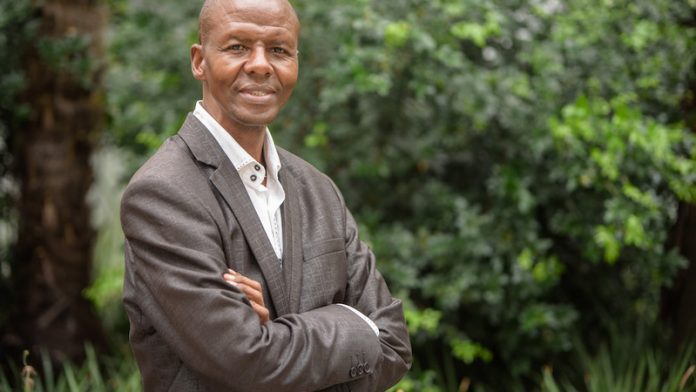 Aubrey Langa describes himself as a “passionate” descendant of the Ndebele warriors of old. He seems to live and breathe his five-year David-and-Goliath crusade against Canadian-based multinational Ivanhoe Mines.

In his single-minded crusade against the giant platinum mine planned for Mokopane by Ivanhoe’s local offshoot, Ivanplats, he has fired off dozens of letters, appeals and court challenges to the mine’s management, government ministers and directors general, the public protector, the Cultural, Religious and Linguistic Rights Commission and the heritage resources agency.

Langa has laid at least seven charges against Ivanplats and its chief financial officer, Marna Cloete, under environmental and anti-corruption laws, as well as charges against officials of two state departments.

He has spearheaded a number of public protests, including one outside the Canadian High Commission in Pretoria and another that climaxed in a volley of police rubber bullets. A slight figure, Langa radiates purpose – but some might say his horse has bolted.

In 2014 Ivanplats won a permit from the mineral resources department to mine at Platreef. After spending R2.4-billion on exploration, it is poised to spend a further R20-billion on constructing one of the world’s largest platinum group metals mines. Mining is due to start in 2019.

It says that at steady-state production it will create more than 5 000 direct and indirect jobs, 70% of them for local people. Langa insists that he is fighting for the Mokopane community, not for himself, and that his objection is not to mining but to the flouting of laws and due process.

The company offers a diametrically opposite view. Jeremy Michaels, the Ivanplats spokesperson, said anti-mining activists comprised perhaps 200 out of about 150 000 people, and had “a self-serving agenda”.

“Mr Langa and others like him who threaten and oppose our mine do not represent the majority of the people in the communities of Mokopane, who overwhelmingly tell us they want the planned development to take place,” Michaels said.

“Some people who claim to be community representatives, including Mr Langa, are making a career of opposing, sometimes violently, the development of … Platreef … and other mines in the Bushveld region.

“Mr Langa’s record speaks for itself – he previously has been convicted of furnishing false information, robbery and attempted murder.”

Langa said his crimes were committed “when I was a small boy” and that Ivanhoe’s billionaire boss, Robert Friedland, had been convicted of drug peddling in the early 1970s.

Central to Langa’s case is his charge that Ivanplats broke the law by failing to “facilitate a coherent engagement” with the residents. Its agreements with Kgoshi Lesiba Kekana, are of no force because he is not the people’s elected representative, he said.

“Kekana receives a R30 000 a month salary and other unspecified benefits from the company,” he said. “He speaks for Ivanplats, not us.”

Langa claimed that the land affairs department suspended the operation for six months in 2012, pending proper consultation. “The question is: Why were they allowed to resume when they hadn’t met the requirement?”

Kekana could not be contacted for comment, but Michaels described Langa’s accusation that Kekana was bought off as “false and malicious”.

The chief was paid “reasonable remuneration for time he has rendered to the company and company-related activities”, including holding meetings and facilitating the company’s exercise of its prospecting rights, he said.

Ivanplats had to comply with South Africa’s laws, including those recognising traditional authority and custom, while at the same time addressing the concerns of residents who do not subscribe to the traditional systems, Michaels said.

Most of the charges laid by Langa against the company concern alleged environmental offences, including blasting in the 500m buffer zone between the mine and residences, violating a grave, not fencing a burial ground and blasting at night.

He also accuses Ivanplats of not winning the heritage agency’s approval for the development and has laid anti-corruption charges against an agency official.

“We believe the official took an instruction from the company not to issue a cease-to-work order when it was operating illegally,” he said.

“It has been shown that Mr Langa’s claims have no basis in fact or law,” said Michaels. “Ivanplats categorically states that there have not been any transgressions of environmental or related mining laws.”

In June 2014 the Limpopo government gave Ivanplats an environmental authorisation “covering certain listed activities to be undertaken in the course of construction and operation of the project”. None of Langa’s appeals to government bodies had been upheld and none of his “spurious” complaints to the police had been prosecuted, Michaels added.

Also in dispute is the company’s BEE deal, which, Michaels said, satisfies empowerment laws requiring 26% black ownership – 20% of it exercised by the community through a trust – and is “one of the best in the mining industry”. Langa disagrees, saying the trust is a front, devised to sidestep government requirements. He sees the apparent indifference of officialdom to complaints as dereliction of duty – or worse.

Two Limpopo mineral resources officials, Aaron Kharivhe and Vinesh Devchander, are particular targets. He alleges that Devchander’s wife benefitted from an Ivanplats water harvesting contract and that Kharivhe is rumoured to received a transport contract from a senior mine employee.

The department said it “has received complaints from Mr Langa, following his failure to obtain a stake in Ivanplats. These are receiving the necessary attention and once finalised, the complainant will be informed accordingly.”

Michaels confirmed that Varuna Rain Water Harvesting and Greywater Systems, a company of which Devchander’s wife was sole director, received a R3-million contract to supply water tanks “to indigent households in local communities”, but said the relationship was declared and the tender process “carried out in compliance with internationally accepted best practice”.

“Ivanplats has no business relationship with Kharivhe. Any allegation [that he] has been ‘bought off’ by Ivanplats would be false and defamatory,” he added.

Undaunted, Langa is planning the next step in his crusade: to attack Ivanplats under municipal zoning regulations, arguing that the mining area is reserved for farming. And although an ANC member, he now also plans to harness the financial and political muscle of the Economic Freedom Fighters to his campaign.

‘Security firm offered me R10m to shut up’

Langa and fellow anti-mining crusader Shimane Kekana claim that Blacksand offered him R10-million, which he refused because “I will not shut up until these people follow the right procedures”.

Both Ivanhoe executive chairperson Robert Friedland and Blacksand chief operating officer Don Feeney denied Langa’s allegation, with Feeney saying it appeared that “it actually was Mr Langa who was looking for some kind of settlement”.

Langa told amaBhungane that in December 2014 he met Feeney at the Park Hotel in Mokopane, and that the Blacksand boss told him he was there on Friedland’s mandate.

Langa claims Feeney told him: “If you leave all this nonsense [his campaign against the Platreef mine], you’ll get your reward.”

Two days later, Langa claims, two of his “associates”, Kekana and Frans Makhafola, met Feeney at the same hotel, where they were paid R1?000 and told to convey a R10-million offer to Langa.

Kekana said he was “at the meeting where Blacksand and their leader, Feeney, tried to shut Langa up with R10-million. They were interested to know what Langa wants so that they can settle that with money. We told him Langa wants rights for the community, and that the community gets the entitlements they are supposed to get.”

He said the five-man Blacksand team stayed for seven days and met locals privately three times. “After they saw Langa was not co-operating, they vanished and never called back,” he said.

Michaels said Blacksand was not commissioned to negotiate with Langa, but was asked to do a risk analysis of security at Platreef.

He added that no Ivanplats or Ivanhoe representative “had any involvement” when it met Langa in December 2014. Friedland was not involved in the contracting for Blacksand’s services, he said.

AmaBhungane could not contact Feeney directly, but Michaels quoted him as denying that he had offered money to Langa or his associates.