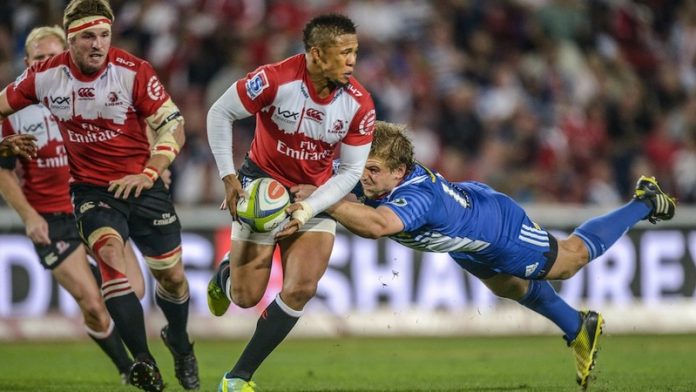 About halfway through log play in this year’s Super Rugby competition, the contenders have begun to emerge. If the play-offs were to begin next week there would be a few anomalies, however. The sole Australian representative would be the Brumbies, whereas no fewer than four New Zealand sides would make it through: the Chiefs, Crusaders, Hurricanes and Highlanders.

Lopsided though that may seem, it tells a tale about the balance of power in the Antipodes. All four of the Kiwi sides have more points than the Brumbies’ 21, and the next best Australian team is the Rebels on 17 points. In the complex system chosen by Super Rugby, however, the Brumbies would get to host a home quarterfinal in Canberra, but only the Chiefs would get one on the other side of the Tasman.

If the end of log play came now, the Stormers and Lions would have home quarterfinals, and the Bulls would fly overseas despite having more log points (and a better points difference) than the Lions. Now it starts to get complicated, because the quarterfinal fixtures are settled by overall log positions, despite those positions having been utterly irrelevant during conference play. So first plays eighth, second plays seventh and so on.

If it were to happen next week, it would look like this: Chiefs v Bulls, Stormers v Highlanders, Lions v Hurricanes and Brumbies v Crusaders.

The Crusaders would have to travel despite having won six games to the five of the Brumbies and having a full six log points advantage over their quarterfinal opponents. Try explaining that one away before you start worrying about injustice for the South African sides.

And the “irrelevant” (yet not) log standings subsequently determine who plays whom and where in both the semifinals and final. It turns out that all the emphasis on winning your conference is less important than making sure your log points propel you to the top of the overall standings. Exactly as has always been the case, in fact.

All the smoke and mirrors come down to one important factor: the best team (that is, the one that tops the combined log) only has an advantage as long as it keeps winning in the playoffs. If it happens to lose to the eighth-placed team at the quarterfinal stage, all the effort of 15 games in four months comes to naught. It may well be said that therein lies the allure of organised sport, but it seems unduly harsh, nevertheless.

Perhaps it is better to live in the moment, to celebrate the great and the good as they happen, and to ignore the effect that victories and defeats have on the ranking system. In that case, the match between the Lions and the Stormers at Ellis Park last week should be seen for what it was: one of the very best games played by rival South African sides for many years.

It is hard to believe that the callow youth who was chased away to Japan after a moribund season with the Stormers in 2013 has matured into the man who ran the match for the Lions. Elton Jantjies always had talent, but no one was quite sure about his desire. Just another Earl Rose, we were told. They’re not saying that now.

The best that can be asked of a flyhalf is that he controls the big moments in a game. Jantjies was made to look like a Charlie by Siya Kolisi’s sidestep that created the Stormers’ try. He missed a few tackles. But he created a try for Ruan Combrinck with a deft flick of the left boot and then a pinpoint miss-pass off the left hand.

Then, with time running out, he entered that time capsule inhabited by special players, stopped the clock from turning and dropped a goal while everyone else was hitting each other. If Jantjies is not the first-choice flyhalf for the Springboks come June, it can only be because of injury.

It’s not as though Jantjies had an armchair ride on Saturday. The Lions pack met its match in the Stormers’ mighty eight, and Ross Cronje’s service at scrumhalf lacks the snap of Faf de Klerk. When the latter appeared for the final quarter, the difference was plain to see.

De Klerk’s try from a tap penalty was outrageous; the Stormers defenders watched him as we might imagine Goliath watched David load a stone into his sling. And the result was the same.

The moral of the story should be taken to heart by new Springbok coach Allister Coetzee, another vertically challenged scrumhalf like De Klerk. If you’re good enough, you’re big enough. Indeed, the contest in Johannesburg proved that there is far more to South African rugby than bash, bash, bash, subdue and penetrate. The respective coaches should be applauded for their willingness to break the mould.

It would be encouraging to think that such adventurous play will filter down. The Currie Cup has begun and for the six major unions it is the perfect way to keep fringe players active and to ease others back from injury. With the spotlight elsewhere, the chance exists for an entirely new rugby template to emerge in this country, one that owes little to the past and much to the dream of a nonracial future.Passing the test: With some stunning performances for the Lions, Elton Jantjies has shown he is ready to take on the role of Springbok flyhalf. Photo: Sydney Seshibedi/Gallo Images/Getty Images