Nita Spilhaus in the Cape: More than a picture book 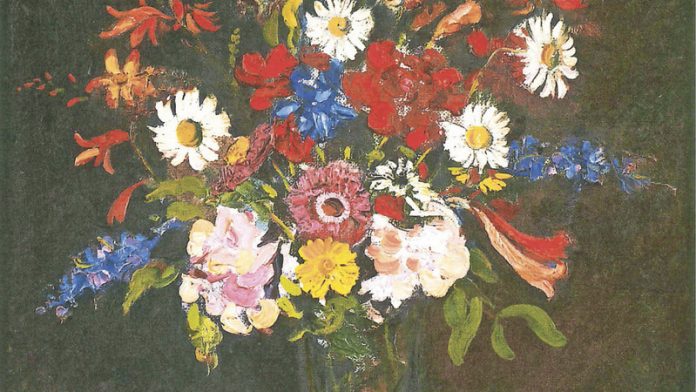 Who is included, who is praised as a genius and who is omitted altogether from the annals of art history are decisions that have more to do with the politics and preferences of those who design and teach the material than those who people it — which makes this very traditional monograph of South African artist Nita Spilhaus so delightful.

She’s a name few South African art lovers might readily recognise, but hers is an oeuvre so fresh and replete with bold filigree, and a clear love of colour and medium and how they interface, that her work is like a breath of fresh air.

Although Peter Elliott, one of Spilhaus’s great-nephews, is no art historian and the work is unashamedly a vanity project about exploring the personal history of his family’s matriarchal artist, the book is an important contribution to the litany of South African art books.

Phrased along the same lines as the art-historical monographs that were de rigueur in the 1970s, the writing tends towards the anecdo- tal and is stolid in its tone and scope rather than reflecting broader issues such as the ideologies and values to which Spilhaus and her contempo- raries subscribed.

Also, it lacks accountable context and many quotes from critics and scholars pepper this text, but with- out accreditation in the writing. Indeed, there are hundreds of foot- notes that, rather than enrich the text, busy up the act of reading the material.

Having said that, and once you’ve meandered through the words, you realise that the book in its entirety is an elegant and lovely vehicle for some truly beautiful specimens of South African art and that, flawed though it is, the written description of Spilhaus’s life offers a solid back- drop to a perusal of her work, pushing this modest-sized text from a simple picture book into something a little more.

Born Pauline Augusta Wilhelmina (but nicknamed Perquenita, which means “a slip of a girl”) to parents of Portuguese and German origin, Spilhaus was orphaned at an early age, but was educated in Europe and Cape Town in styles redolent of the early reaches of modernism. She was a peer of artists such as Ruth Prowse — for whom an art school in Cape Town is named — as well as Pieter Wenning, DC Boonzaier and Strat Caldecott.

Though offering anecdotes about how, for instance, the young Spilhaus was a suffragette who cocked a snook at gender stereotyping, and as an old woman allowed her 16-year-old great-niece a tot of sherry and a cigarette, not a lot of real insight is offered into the artist’s modus operandi or the timeline of her life.

Born less than 10 years before arguably South Africa’s most famous landscapist, JH Pierneef, and less than 20 years before Irma Stern, the quintessential South African expressionist, Spilhaus must have been aware of both these practitioners — and they of her.

Looking at how boldly Spilhaus constructs her compositions and embraces how trees and sky touch one another, to say nothing of her use of mark-making in her elegant folio of etchings, there’s clearly a reflection not only on the values and visual experiments conducted by European Impressionists, but also on South African artists who were doing important things, over and above those in her immediate circle.

But neither Stern nor Pierneef are mentioned in the book, which makes you emerge from the read without a contextualised reflection on what South Africa in the early teens of the 20th century must have been like.

But then you reach the section of the book where the illustrations are placed and ah, you realise, this is what it is all about. Spilhaus’s sophisticated and bold etchings, drawings and paintings of landscapes and still lifes sing with the magic of the newly discovered.