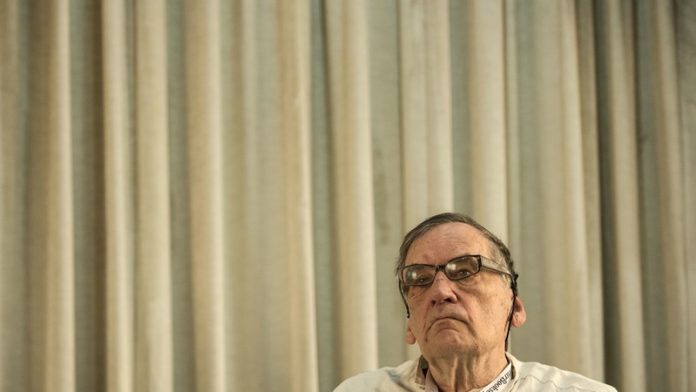 I’m pleased to be back at the ­University of Johannesburg (UJ) less than a year after I was last here. Much has happened in the interim but I think I saw some of the sparks when I was here last time.

I gave a paper, The Struggle for South Africa’s Liberation: Success and Failure, and I was honoured to have two veterans of the liberation struggle, Judge Albie Sachs and the ANC’s Ben Turok, as commentators. The political atmosphere at the event was quite hot, however, and I thought, in retrospect, that it was a bit of a prefiguring of this past year’s events here.

My own comments, critical of the ANC and what I took to be the party’s exaggerated deference to the apparent market-driven logic and prevailing global capitalist agenda that has come, since liberation, to impose itself on South Africa, seemed to arouse no negative response – indeed, quite the opposite.

On the other hand, a large number of the students in attendance, while clearly respectful of the struggle credentials of my two commentators, were very far from being deferential to them. Quite the contrary, in fact, and I thought at the time that both Sachs and Turok were surprised at and perhaps even a little shaken by the aggressive, questioning atmosphere of the seminar.

Of course, you all know what happened in the months that followed in response to the deep contradictions that the state and the ANC finds themselves to be facing vis-à-vis South Africa’s university students.

But this is also true with respect to other social sectors, for example, as demonstrated by the killings at Marikana and by the protests of the urban poor more generally.

So I’m glad to be back to take some further soundings for myself of the political atmosphere.

But I also want to thank this university for granting me an honorary degree, not least because, many years ago and in a quite different academic atmosphere thousands of miles from here (at Princeton University in the United States), I was not granted the doctoral degree, the PhD, that I had earned. And thereby hangs an instructive story that I will share with you.

I first came to Africa from Canada, my home and native land, via the US more than 50 years ago – to Tanzania – to do research for my doctoral thesis for Princeton on the country’s burgeoning rural marketing co-operatives. It was a period in Tanzania full of promise, the years when Julius Nyerere was president and socialist possibilities were in the air. It was too exciting a place and time for my wife and for me to think about leaving quickly. So I signed on as a lecturer at the University of Dar es Salaam and we were there for the next seven years (and both our children were born there as well).

But a distinctive brand of African socialism was also born at that time, with the Arusha Declaration of 1967, in Tanzania. And for seven years we lived the dream of a new kind of society in Africa that was being born there.

The demise of that dream is a long and complicated story, one that I have been worrying over and writing about ever since, but the personal implications are also of interest and bring us back to the current moment.

I did return to North America and I did write my doctoral dissertation for Princeton on the prospects for socialism in Tanzania.

My mother, rest her soul, was disappointed, and I was a bit flummoxed, too – what was I going to do now? – although I was lucky enough to find a home at Toronto’s York University, despite not having a doctorate (until now) and to have a fulfilling teaching career there.

And I also continued to struggle politically in Canada in support of Southern African liberation and also to write several books, mainly on the region – enough books, apparently, to qualify myself for the degree UJ is today granting me.

But from this experience I also learned one very big lesson. It is that, in the pursuit of a university degree, you will learn skills important to making your opinion known as clearly, as carefully and as eloquently as you possibly can – as I did during my time at the University of Toronto and at Princeton; you will learn, in fact, how to think more clearly.

But one thing you will not learn and that is: what to think. That you will have to figure out for yourself, while also, I hope, letting the consequences be what they may.

At the same time, not having been granted, for my pains, a degree by Princeton, was a setback, albeit one I managed to survive.

But perhaps you can, from this story, get some sense of why this degree from UJ is doubly important to me, both as a doctoral degree and a degree that I have earned in Africa, in my home away from home.

But let me hasten to add that my degree is not any more important to me than your own degrees, also granted today, are to you. For you are all aware of how much time and energy you have spent to obtain your degree and how much time, energy and resources your families have also devoted to making it happen. My congratulations to you and to your parents on your joint achievement.

There is also a final point I would like to make. Again, I reflect back on my own years in Dar es Salaam and to a discussion we used to have among ourselves as teachers and with our students as fellow participants in the relatively privileged life offered at the University of Dar es Salaam – a life of learning and training and empowerment. For we sometimes asked ourselves: What are we actually doing as profs – helping merely to create new educated recruits to the country’s elite of the privileged? Or, instead, helping to create a new cadre of committed intellectuals who can, in turn, help to make Tanzanians – all Tanzanians, or in your case, all South Africans – stronger agents of positive change?

I will leave it to you to decide which side of the growing divide in South Africa – between rich and poor, between the educated elite and the popular movement – you are to be on. Because, for today, at least, I feel especially honoured just to be standing with you now together as degree holders of the University of Johannesburg.