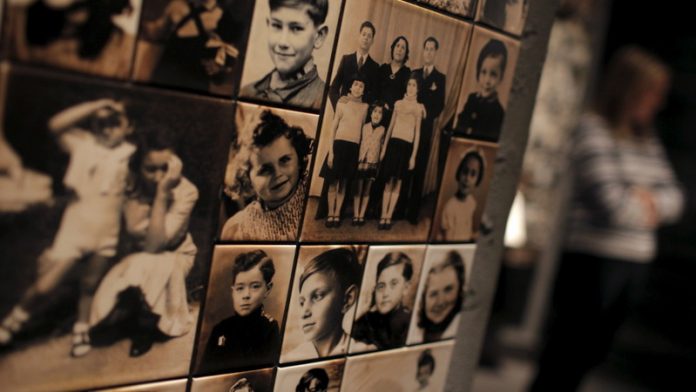 During the first week of May, the Jewish communities of seven South African cities will come together to mark Yom Hashoah – Holocaust Remembrance Day. On this day, Jews around the world remember the six million Jewish victims of Nazi tyranny – men, women and children singled out for mass extermination for no other reason than that they were Jews. Also remembered are the millions of other innocent people who died at the hands of the Nazi regime during World War II.

Perhaps more than any other date on the Jewish communal calendar, Yom Hashoah is the day that brings Jews from across the spectrum together, regardless of religious belief or political affiliation. All who attend are well aware that in Nazi-occupied Europe, merely to have been born Jewish was a death sentence. No exceptions were made, not even for those who had converted to Christianity.

The Yom Hashoah ceremonies will also be attended by various political and religious leaders, diplomats and members of the media. In part, representatives of the wider society attend as a gesture of solidarity with the Jewish community on this sombre occasion, but it is today widely recognised that the significance of Yom Hashoah for South Africa, and indeed the world, goes further than that. It may be that the events of the Holocaust took place over 70 years ago, but the lessons they have to teach us have never been more relevant, nor more urgent.

Dangers of racial hatred
The Nazi catastrophe demonstrated in the most harrowing way what horrors human beings are capable of inflicting on one another. However, it is crucial to recognise that those events, rather than occurring spontaneously, were prepared for by an ideology of racial, religious and ethnic hatred. The death camps were the culmination, not the starting point, of the Holocaust. What began as hateful rhetoric against the Jewish people paved the way to legal discrimination, seizure of property, expulsion and eventually systematic mass murder.

Yom Hashoah is a grim reminder of the dangers of allowing racial hatred to run wild and of the responsibility of every one of us to take a firm stand against it wherever it surfaces.

Online comments and hate speech
The lesson that all South Africans must take to heart is that words lead to action. In the past, and even in our own times, we have seen how verbal incitement to hatred, whether based on race, ethnicity, nationality or even political affiliation, has led to lethal acts of violence in this country. The upsurge of racism and racist incitement in social media at the beginning of this year jolted us all into a belated realisation of the threat that racial prejudice and intolerance continues to pose to our society, even 22 years after the democratic transition.

It was the virulence of some of the online comments that was so shocking. In their anger and resentment, many people resorted to language that effectively demonised certain of their fellow citizens on the basis of their race and incited violence against them. Experience shows how serious a mistake it would be to play down all of this as being a mere blowing off of steam by those concerned. South Africa’s turbulent past includes multiple instances of hate speech leading to deadly violence, from the deadly racist rampage of Barend Strydom in the streets of Pretoria in the dying years of apartheid through to the xenophobic attacks against foreign migrants in our own times.

Apartheid
If the primary focus of Yom Hashoah is on remembering the victims of Nazi tyranny, in recent years there has also been an emphasis on those heroic individuals who – usually at great personal risk – were instrumental in saving the lives of at least some Jews. Similarly, the story of apartheid in South Africa was not a clear-cut matter of privileged white racists oppressing their black fellow citizens. Within the white community were many principled men and women who devoted themselves to fighting the apartheid system, whether through working within the legal parameters allowed by the regime, or by following the more dangerous path of illegal, underground resistance alongside their black, coloured and Indian compatriots. This undoubtedly was a significant factor in South Africans ultimately being able to negotiate a peaceful transition from minority rule to non-racial democracy.

In a particularly powerful passage in his autobiography Long Walk to Freedom, Nelson Mandela encapsulated the philosophy that even in the harshest of circumstances underpinned his vision for achieving peace and justice in South Africa:

“No one is born hating another person because of the colour of his skin, or his background, or his religion. People must learn to hate, and if they can learn to hate, they can be taught to love, for love comes more naturally to the human heart than its opposite. Even in the grimmest times in prison, when my comrades and I were pushed to our limits, I would see a glimmer of humanity in one of the guards, perhaps just for a second, but it was enough to reassure me and keep me and keep me going. Man’s goodness is a flame that can be hidden but never extinguished.”

These were sentiments that South Africa’s greatest son not only preached but sought constantly to live by, whether in his public or private capacity. Formidable though the challenges facing our country might be, I firmly believe that by taking that message to heart and striving to implement it in our daily lives, we can and will succeed in overcoming them.

Mary Kluk is the president of the SA Jewish Board of Deputies.