Nkandla ruling is a short, sharp lesson in democracy 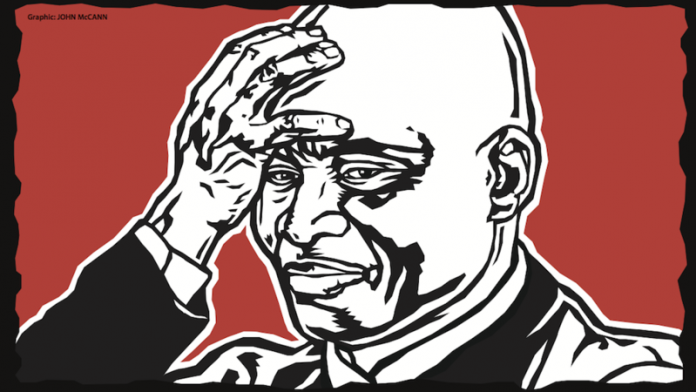 The riveting political events of the last month in the wake of the Constitutional Court’s sanction of President Jacob Zuma have been most educational, not just for those of us who have never lived in a free country, but for South Africans, too, on how a democracy, as it grows, shows stresses and strains in many different forms.

There is no doubt that on March 31 the Constitutional Court saved South Africa, the continent and the world from the rise of a new dictatorship.

The events that have unfolded since then give an insight into the rigorous challenges a country trying to build a democracy in Africa faces. It also gives a glimpse into why this form of governance has failed in too many countries on the continent.

Democracy, we now know from recent events, is not just simply about amassing votes and majorities.

What is crucial is the added responsibility of not just governing and leading effectively, but also for citizens to state their expectations of those who govern them and be able to call them to account without fear.

It is clear that, from Ghana’s independence in 1957 to the recent political crises that have beset the continent, democracy has failed desperately to find traction because the responsibility to govern is not as simple as it may appear.

Until 1994, when South Africa broke the shackles of apartheid, none of the continent’s leaders had managed to rise to the standard of ethical leadership that Chief Justice Mogoeng Mogoeng spoke of in the aftermath of the Constitutional Court’s historic judgment.

Ethical leadership takes many forms, among which are astuteness, the highest form of integrity, utmost respect for the rule of law and an abiding sense of responsibility to the people one leads.

From the pronouncements of the Constitutional Court, Zuma has joined the long list of the continent’s flawed leaders. This is why the response of Africa’s oldest liberation movement, the ANC, to the court’s judgment is so important.

At a press briefing after Zuma had apologised for his indiscretions, ANC secretary general Gwede Mantashe said South Africa had a lot to learn from the continent.

History tells us that, in many other African countries, a political crisis such as the one that erupted after the judgment would have resulted in no less than the suspension of the Constitution, the arrest of the chief justice and a total collapse of the country’s democratic structures. Many opposition leaders would be in jail right now and others would have disappeared.

To its credit, the ANC has done nothing of the sort and has repeatedly stated its unwavering commitment to the Constitution and the  values it enshrines.

It is fair to say, to that end, that the ANC has learnt some good lessons from the rest of the continent.

But the ruling party seems to have taken another leaf from the African experience — one that seeks to avoid taking remedial action against Zuma: it is hedging its bets on getting the support of the most vulnerable sector of society to stay in power despite the crisis.

The overwhelming majority of people who vote in South Africa, just like in any other African country, are the poor and desperate – who have a limited understanding of the dynamics of governance and constitutional politics.

It is this section of society that Mantashe had in mind when, at the same press briefing, he told journalists that the fate of the ANC is now in the hands of the electorate, which will make its decision known when the country holds its local government elections in August.

It is these same people that ANC spokesperson Zizi Kodwa said would not be interested in the outcome of a high court decision that found former National Prosecuting Authority head Mokotedi Mpshe to have misdirected himself in dropping corruption charges against Zuma in 2007.

The battle to win the hearts and minds of the grass-roots electorate has been at the centre of much strife in African politics since the end of colonialism.

The middle class – those who appreciate the dynamics of governance and will speak truth to power – has always been in the minority.

Apart from South Africa, no other African country has been able to maintain a democracy for more than 20 years after independence.

The political strife, as seen in South Africa today, has been nipped in the bud on the continent as soon as people began to ask questions on governance, resulting in the banning of opposition parties and outspoken critics being sent to jail or forced into exile.

As the drawn-out political battle in South Africa plays itself out, the language of some of those who wish to see Zuma fall is sinking to worrying levels and could derail the country from its primary focus: to build a lasting democracy that will be an example to all on the continent and convince the rest of the world that Africa is not the basket case it has always been made out to be.

Julius Malema’s call to arms is a reflection of the Economic Freedom Fighters’ frustration at not getting its way and was uncalled for. There is not a single country that can claim to have made meaningful progress after rising from the ashes of a civil war.

The context of Malema’s statement clearly indicates that the EFF will also do anything in its bid to capture the so-called grass-roots majority. All over the continent and the world, it is this group that has been the biggest casualty of political mudslinging. Because they are vulnerable, they are the most abused in protracted political battles.

The Congress of the People’s threat to boycott Parliament because of the ANC’s failure to take action against the president is one of the strangest statements to come from a political party in a democracy.

All over the continent, many people are frustrated with opposition leaders’ inability to properly represent the people who have voted for them. That Cope seeks to walk away from a democratic structure is surprising and disappointing. More importantly, though, Cope seeks to defeat the very idea of a democracy without facing any real threat to itself.

As already stated, democracy is not just about votes, numbers and majorities. It is about each political party and each leader displaying conduct that shows their appreciation for the people who voted for them and to ensure they call those who govern to account.

On Freedom Day, April 27, Zuma said any political leader who had overstayed his welcome in office must leave. Taken at his word, it is not unreasonable to surmise that he is feeling the pressure, despite some observers suggesting that he no longer cares.

But when the ANC says it cannot afford to recall him because it runs the risk of a repeat of what happened when it expelled Malema and removed Thabo Mbeki from office, there is a strong possibility that Zuma has now become a hostage to the fortunes of his own party, holding on to office against his will for the sake of unity in the ANC.

Bheki Makhubu is editor of The Nation in Swaziland

• See The vilest of men rise to the greatest credit