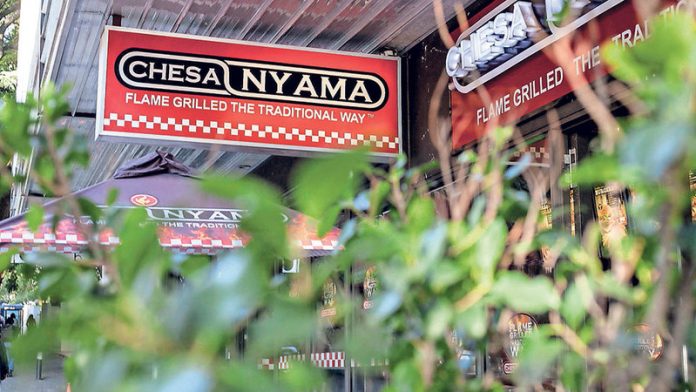 For people hoping that buying a franchise is an easy way to own a business and make money, the reality can be far from the dream they are sold.

The plight of four current and former franchisees who have laid a complaint with the National Consumer Commission about Blacksteer Enterprises opens a window on how badly things can go wrong.

The franchisees claim that Black-steer Enterprises and its parent company, Gold Brands, failed to comply with provisions of the Consumer Protection Act (CPA), and, in particular, the requirement to supply prospective franchisees with a disclosure document.

Under the Act and its regulations, franchisers must provide all prospective franchisees with the document at least 14 days before they invest.

In the document, a franchiser must state, among other things, the growth of its turnover, net profit and the number of individual outlets, and provide written projections about potential sales, income, and gross or net profits.

It must also be accompanied by a list of current franchisees, with their contact details, and a written statement that a franchisee can contact others to assess the information given to them by the franchiser.

In the case submitted to the commission, the franchisees all maintain they were never given a disclosure document and no written documentation about the financial viability of the Blacksteer brand.

The franchisees also claim that, although the Blacksteer business was presented as viable model, they have instead suffered significant financial damage.

They all claim they were also required to sign a nondisclosure agreement as part of their franchising agreement, which they argue “contractually euthanises” their rights under the Act. In effect, it prevented them from speaking to fellow franchisees to find out whether the franchise was sustainable or profitable. Gold Brands is a JSE Alt-X listed franchising group, which also owns other franchise brands such as Chesanyama.

Its directors include Efpraxia Nathanael, whose husband Stelio is the chief operating officer of Gold Brands. (See “Who’s behind Gold Brands?”, below)

According to the complaint, the four franchisees represent about one-third of Blacksteer franchisees.

In some cases the franchisees allege that, when financial difficulties arose, instead of support and guidance from their head office, they were subjected to tactics such as the cutting off of their stock.

Attorney David Roberts of Roberts Incorporated, who is acting for the franchisees, said all his clients had been led to believe that they were simply “bad operators”, but they were “being commercially annihilated” because of boastful representations made about the brand.

Roberts has asked the commission to investigate the lawfulness of Blacksteer’s contractual provisions, and to make a finding on whether the fact that none of his clients received disclosure documents and have subsequently “lost everything” is actionable, or to refer the complaint to the National Consumer Tribunal.

One of the former franchisees is Lisa Myron, who formerly had owned part of a marketing and promotions company and who wanted, with her son, to invest in a Chesanyama.

After meeting with Gold Brands and Stelio Nathanael, they were convinced to buy a Blacksteer franchise. But after opening her Pretoria restaurant, Myron said she immediately began experiencing problems.

These included problems with the shop set-up, such as the lack of an electrical compliance certificate, and problems she related to the business model, such as the costing of food from approved suppliers.

Myron’s business relationship with Blacksteer and Gold Brands quickly soured and, during the ensuing, protracted dispute, she engaged Roberts’s services.

During the course of her dispute, other struggling franchisees came forward and agreed to join a complaint lodged with the consumer commission.

Myron, in her protracted legal battle with Gold Brands and Blacksteer, had a judgment handed down against her late last month.

The order, among other things, barred her from trading under the Blacksteer brand, from making any contact with other Blacksteer franchisees, apart from those in the complaint laid with the commission, and from making any “unlawful defamatory statements” against Blacksteer Enterprises or Gold Brands.

Myron has had to auction off her property to pay outstanding debts, including those to her landlord, and closed down the business in late April. “This has left me financially ruined,” she told the Mail & Guardian, adding that she will have to “start all over from scratch”.

Despite the court order, she maintains that she has been unfairly treated by her former franchiser and hopes the complaint to the commission will ensure the same thing does not happen to others.

In a response to questions from the M&G, Gold Brands said it couldn’t comment on the allegations made in the complaint to the commission because, it said, it had not yet seen the complaint.

But Gold Brands did draw attention to the court order brought against Myron, which prevents her from “unlawful interference in the contractual relationships between Black-steer and its other franchisees and to refrain from defamatory statements”. It emphasised that Myron had consented to the order, saying she had no defence in the matter. According to the complaint, in February Black Steer did meet with three of the franchisees, excluding Myron, and offered to buy back their stores. But each of them rejected the offer.

Gold Brands refused to answer questions about the performance of the Blacksteer brand or the number of franchises currently in operation. Its website lists 12 locations.

In its Alt-X pre-listing statement, it lists one Blacksteer store in its 2016 interim results, but forecasts that this will rise to 14 this year.

Gold Brands, which owns the Blacksteer franchise, has at its heart founder Efpraxia Nathanael and husband Stelio – its chief executive officer and chief operating officer, respectively.

It listed on the JSE’s Alt-X in February this year and is described as “a platform that drives the aggressive expansion of high-grossing, fast-moving franchises”.

Ahead of listing, it announced that it had concluded a R100-million deal with the Circle Food Group, which would take control of a 41% stake in the business. Circle Capital Ventures is the major shareholder in the Circle Food Group, according to a press release, and is chaired by Hlumelo Biko, the son of anti-apartheid hero Steve Biko.

In two separate cautionary announcements to shareholders, Gold Brands recently announced that it planned to take the Chesanyama brand to the United States, and to bring the British fish-and-chips franchise, Harry Ramsden’s, to South Africa.

Stelio Nathanael was sequestrated in 2009 after the failure of his company Propvestor, but he was rehabilitated by the court in 2014.

Gold Brands did not respond to requests for comment regarding the performance of the popular Chesanyama franchise.

Although its marketing material to prospective franchisees states it has more than 300 stores, with more coming soon, its pre-listing statement indicates that it currently has 236.

Where to for franchisees?

The Blacksteer case has shed light on the experiences of some franchisees.

The commission has confirmed receipt of the complaint against Blacksteer.

Its spokesperson, Trevor Hattingh, said, as with any complaint, the commission will assess whether it has jurisdiction over the complaint, determine its merits and whether a “desired remedy can be provided for under the CPA” [Consumer Protection Act].

“We find that in most cases the remedy which is desired by the franchisee cannot be provided for under the CPA,” he said, for example, in cases where franchisees requesting that the commission intervene in a contract or agreement that is more than a year old, he said.

But the industry is in the process of creating an ombudsman as another way to resolve disputes.

According to Eugene Honey, the legal adviser to the Franchising Association of South Africa (Fasa), a Franchise Industry Code has been drafted at the request of the commission. It is intended as an alternative dispute resolution mechanism for the industry and will also establish the office of a franchise industry ombudsman.

Honey stressed that the code will not affect the rights of any franchisees or franchisers, under the terms of a franchising agreement, or the rights outlined in the CPA.

It is intended as an early mediation step for the industry, in line with international best practice.

But, in the event of a dispute, if mediation by the ombudsman fails, franchisers and franchisees will still have the right to take a case to arbitration, to court or to the commission in terms of the Act.

“The ombud will not be a judge and a jury, but rather an alternative dispute resolution option for the industry,” Honey said.

A report is being finalised for submission to the commission, after which it will go to the minister of trade and industry, Rob Davies, before the code is made law.

Currently, in the event of a dispute, the agreement between the franchisees and franchisers regulates how the dispute is dealt with, for example, by arbitration or through the courts. In terms of the right of franchisees under the CPA, the commission must deal with them, said Honey.

“The legal franchise landscape will, therefore, essentially not change except for the addition of an alternative dispute resolution mediation process,” he said.

Goldbrands and Blacksteer have told the Mail & Guardian that they intend to dispute the allegations, made in the complaint by their current and former franchisees, with the National Consumer Commission. They have said, however, that they are still unable to respond as they have yet to see the complaint.

The Mail & Guardian will carry their responses as soon as they become available.

Vendors give franchise a lesson