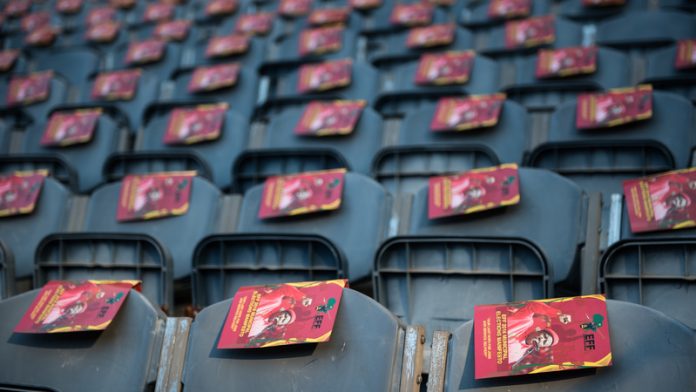 The two biggest opposition parties are slugging it out as the contest for control of the country’s metropolitan and municipal councils gains momentum.

With two months left before the crucial local government elections, the Economic Freedom Fighters and the Democratic Alliance are competing for voters who may see them as a  better alternative to the embattled ANC.

The first salvo was an SMS critical of the EFF sent by the DA to coincide with the red berets’ manifesto launch. The official opposition also had a helicopter fly a banner over the crowd of 45 000 at Orlando Stadium, the site of the EFF’s event.

“We are contesting against the ANC, not against any Mickey Mouse political party” was EFF leader Julius Malema’s retort.

DA spokesperson Refiloe Ntsheke said: “We don’t see a party that talks about nationalisation or bringing down the president of the republic by using arms as a real threat to us, but a threat to our democracy.”

Political analyst Ralph Mathekga regards the DA’s election tactics as having been influenced by United States and British politics.

“We have seen these kinds of campaigns in the UK or the US. It is sneaky but also a powerful strategy — and I don’t see anything wrong, as long as there’s tolerance and it does not lead to physical confrontation,” he said.

It is not the first time the DA has used distraction in a campaign. In 2014, it sent out an SMS calling President Jacob Zuma “a thief” for the Nkandla security upgrades, resulting in the ruling party taking it to court.

Mathekga said this kind of campaigning adds vibrancy to South Africa politics. But he cautioned against the DA taking the EFF head on, because destabilising the opposition would only benefit the ruling party.

Ntsheke defended the DA’s election campaign strategy. “What we did is not illegal. We are expressing ourselves as a party, and we feel it is our duty to educate our voters. It is called freedom of speech.”

EFF spokesperson Mbuyiseni Ndlozi said: “They [the DA] feel threatened because, whatever happens, they are shifted to the status of being number two. We are doing better than them even before we take over any municipality or become the official opposition.”

Ntsheke said the party’s campaign has nothing to do with a potential threat of the EFF becoming the official opposition in the future.

“We didn’t hurt anyone and our campaign is not exclusive to the EFF. It is our democratic right to speak to voters, as long as it’s within the law,” added Ntsheke.

She said people should understand that her party was in the local elections to win, and if sending SMSes and flying a banner over Orlando Stadium is what it takes, they would do it again.

Ntsheke ruled out the possibility of a coalition between the two parities. “We stand for different values; we would never support EFF’s policies.”

Mathekga said: “The DA feels threatened by the EFF, because before the EFF the DA targeted the black middle class and now Malema seems to appeal more to the needs of this class than Maimane.”

In the 2014 national elections, the DA got just over four million (22%) of the national vote and the newly launched EFF gathered slightly more than one million (6%).