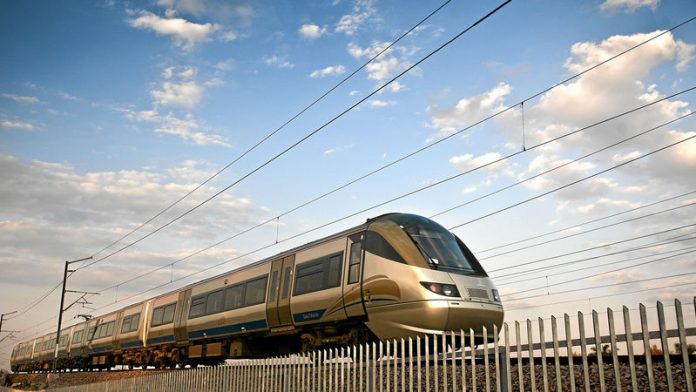 As much as I appreciate a guy like Dr Happy going to the lengths he did to advertise his service in Metrorail’s coaches, I’m simply not in a position to get any work done at the moment.

Penis enlargement, in my view, is a major life decision. There are costs involved, I imagine, and it no doubt involves a painfully invasive procedure, especially at the hands of someone like Dr Happy.

Commuting in Cape Town involves a fair amount of running of late, so I will opt out of Dr Happy’s procedure for now.

With most notice boards down, catching a train in Slaapstad these days require a sixth sense to help you gauge the intentions of a herd of commuters as they sniff out the right train departing from the wrong platform. Once a course is set, the herd sets off, leaving little time to grab crutches and crotch in a frantic effort to follow them.

The Democratic Alliance, finely tuned into the plight of Capetonians, announced a “smart ticket” system at their manifesto launch that will allegedly give the city’s migratory herd a simpler way to get home.

“We will make public transport easier by introducing a single ‘smart ticket’ system so that commuters use just one ticket, be it for buses or taxis,” Mmusi Maimane proclaimed.

I find it a little disconcerting, however, that Maimane left trains off that list. Also of concern is that taxis – at least the ones we have down here in the Cape – don’t require tickets.

The minibus taxi, as is common knowledge, operates in a sort of transport utopia where traffic rules don’t apply and tickets – parking or otherwise – are unheard of.

All of which means that the DA’s “smart ticket”, should it manifest itself in Cape Town, will only get you on a Golden Arrow bus, a MyCiti bus or the City Sightseeing bus that, regrettably, services the slightly redundant commute between the Waterfront and the cable car.

Maybe I misunderstood. Maybe the “smart ticket” is meant for Jo’burg where people appear to be way smarter, especially as far as public transport is concerned. I mean, the Gautrain is an absolute triumph.

I often close my eyes in Metrorail’s first-class carriage, imagining I’m travelling from Sandton to OR Tambo while seated on a fully upholstered seat in air-conditioned comfort.

Then I open my eyes to see Dr Happy’s phone number has an extra digit on the end and I’m railroaded back to reality.

Other times I dream of the day politicians make good on their promises like delivering Change That Moves South Africa Forward Again – the “again” in that promise, I assume, implying we’re at a complete standstill, which, at Cape Town station we most definitely are.