Please Call Me about paying me 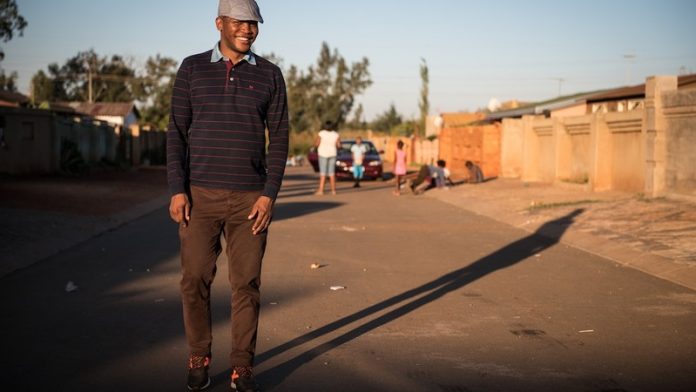 After a eight-year legal battle, the mastermind behind the Please Call Me case may be entitled to a settlement of as much as R10.5-billion — but first up to half of it is owed to his financial backers.

Last week, the Constitutional Court found that former Vodacom employee Nkosana Makate was entitled to compensation for his role in inventing the network operator’s Please Call Me offering, which allows a cellphone user with no airtime to send a message to others requesting a call.

The court ordered Vodacom to commence negotiations in good faith with Makate for determining a reasonable compensation payable to him in terms of the agreement.

Based on a verbal agreement with Vodacom, Makate expected 15% of revenues generated by the product. To date that would be R10.5-billion his legal counsel has argued. But it’s not clear that Vodacom would be able to find this kind of money. As at September 30 last year, the company had R6.95-billion in cash on its books.

Whatever size settlement is reached, Makate’s litigation financiers, Sterling Rand, will walk away with as much as half of it.

Sterling Rand is a leading company in a relatively new industry to South Africa — litigation financing. It finds investors to back what they believe are winnable cases and then foots the legal bill.

Sterling Rand founder Errol Elsdon said that the stake it would take in Makate’s winnings was confidential for now. He said, however, that on average the firm takes between 40% and 50% of the winning in the cases it backs. But the funders take on all the risk, and had the matter been lost, Sterling Rand would have received no return whatsoever. “We would have lost the entire investment,” Elsdon said.

He said the cost of Makate’s case to Sterling Rand was still being calculated. In 2013, Business Day reported the legal costs as R5-million. But in 2014, when the matter was dismissed by the South Gauteng High Court, Independent Newspapers reported that Sterling Rand had sunk R2.5-million into the case. More recently, Sibonelo Radebe, the founder of ProbonoMatters, a website offering free legal counsel, estimated the costs would have been R30-million, “if not more”.

Whatever the figure, it’s clear that the costs of long-running cases against major corporates or governments are enormous and, more often than not, it means the average applicant is unable to bankroll such a case for very long.

Elsdon said an investor can invest in particular cases: a memorandum is published for each round of fundraising. The investors in the Please Call Me case could not be named for reasons of confidentiality, he said. Sterling Rand has developed its own process for evaluating debt claims and estimates more than 65% of the claims submitted to its investment committee for evaluation are rejected. The firm says the underlying principle is that there has to be a clearly discernible road map leading to recovery.

Sterling Rand is currently financing a range of other cases against giants such as Sasol, Momentum, Old Mutual and Sanlam, as well as the Democratic Republic of Congo and Sudan.

There are few litigation financiers in South Africa because, until 2004, this practice was deemed illegal.

But a landmark judgment in PwC and Others vs the National Potato Co-operative accepted in law that litigation could legally be funded by outside parties. Prior to this champerty – defined as an agreement in which a person with no previous interest in a lawsuit finances it with a view to sharing the disputed property if the suit succeeds – was illegal.

Edward de la Pierre, founder of the South African Litigation Funding Company, got involved in the litigation funding game in 2008 when he, a property investor, was unable to continue funding a drawn-out legal battle against a large bank. As a result he started investigating international litigation funding and determined there was a gap in the domestic market.

De la Pierre’s company tends to take on claims on behalf of companies (often distressed) that typically exceed R50-million. The company is currently funding nine cases, in which the claims range from R400-million to R1.5-billion.

“We use the same formulas that all international litigation companies do. We look at basics like jurisdiction, prescription and the merits of the case and then we get the opinion of senior counsel. We finally look at the debtor’s ability to pay,” said De la Pierre. “If all these factors are positive we take control of the case and we run with it.”

Overseas there is an advantage for litigation funders in the form of after the event (ATE) insurance policies, which insure investor capital should a case be lost. Such insurance does not yet exist in South Africa because the number of cases does not yet justify the development of such a product. “If we had ATE insurance in South Africa, we would have had 100 times more cases at this stage,” De la Pierre noted.

“For now, there are a lot of cases we have turned down,” he said. “We like to select the ‘David versus Goliath’ cases where a smaller client doesn’t have money to take on bigger opponents.”

The portion the firm will take on a successful recovery is negotiable, “It depends on what you are going to do,” he said. “If we can solve the problem by mediation it’s around 20%; if it goes to arbitration it will be 30%. For litigation, it can go up to the ConCourt, and then the percentage can go up to 50%.

Sibonelo Radebe, founder of ProbonoMatters, said in a press statement that, although the Makate case is generally seen as a victory for the an ordinary person against abuse of power, it in fact reflects a major weakness: that “South Africa’s justice system, mainly the ability to litigate, is largely inaccessible to the common man”.

ProbonoMatters is an open online network of legal minds that allows the common man to access legal services for free.

Human rights lawyer Richard Spoor attempted to have his much-publicised class action — in which he represents workers who have mine-related silicosis — funded through Legal Aid South Africa, but was turned down. The case is now funded by an American law firm. (See “Not everyone is in litigation for the money”, below)

Asif Essa, the chairperson of the costs committee of the Law Society of South Africa, said contingency agreements allow lawyers to take on work without upfront payment and instead to charge double their usual fee or 25% of the award, “whatever is less”, he said.

“Using the contingency principle … is popular, also showing space for abuse, in the community of lawyers who handle Road Accident Fund (RAF) claims on behalf of clients,” said Radebe. He added that this model could be abused by unscrupulous operators and “turns the legal system into a lottery of sort, where the right to litigate is at the mercy of angel investors”.

Spoor argued that the contingency fees Act limits access to justice and, because damages are often so trivial in South Africa, there is little incentive to embark on costly litigation. Radebe said a robust pro-bono system was needed to serve the ordinary person.

Not everyone is in litigation for the money

Human rights lawyer Richard Spoor has used funding in two large cases in South Africa. In a case representing workers suffering illness related to exposure to asbestos, Spoor partnered with a British law firm, Thompsons, who put up the money to fund the litigation.

“In this kind of field that I’m working in, the progressive law firms are small. The big firms who have the money needed to fund this kind of litigation won’t because they are conflicted.”

In the ongoing silicosis case – in which he represents gold mine workers suffering mine-related silicosis (and dependents of the deceased) – Spoor was refused by Legal Aid. Instead he returned to the funding structure used in a prior asbestos case, this time with American firm Motely Rice on board.

In the asbestos case, clients signed mandates that a portion (somewhere between 10% and 15%) would be taken by the firm, but after several years of work Thompsons took closer to 5%, which covered costs and awarded them a “modest margin”, Spoor said. Spoor’s firm was awarded R2-million of the R450-million settlement.

In the silicosis case, the fee agreement stipulates a maximum of 15%, although it’s unlikely to take this much should the case be successful.

“In relation to both Thompsons and Motley Rice, they are not in it to make money … they are not hard-nosed financiers, they do it for a mix of reasons.”