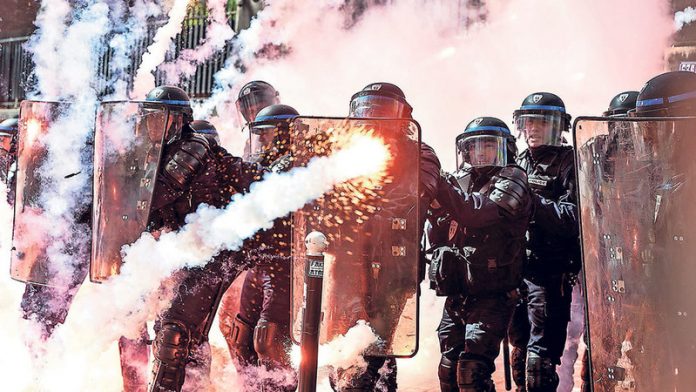 Four years ago police arrested Robert Fisa at his taxi-rank barbershop, took him to a police station and tortured him. For the next four years the police lied, in some cases under oath and to their own internal investigator, and can be rightly suspected of being complicit in a clumsy attempt at fraud to cover the whole nasty event up.

But those efforts came to naught and, unless the minister of police wins an unlikely appeal, he will be paying Fisa about R850 000 in the near future for the six hours he spent in custody – and for the ongoing results.

“Although the plaintiff was detained for only about five to six hours, he had been severely traumatised,” said Judge John Smith last week in a blistering judgment in the East London high court.

“The plaintiff’s post-traumatic stress has resulted in an irrational fear of police, which he will probably endure for the rest of his life.”

The court did not make a finding on exactly how Fisa had been tortured, but found “eminently probable and compelling” his version of being suffocated, having his hands tied with a piece of wire, and being suspended from a wooden beam by four police officers.

The assault, a forensic pathologist would later testify, appeared to have been calculated to leave no visible injuries.

The police tortured him for information on dagga, Fisa said. Evidence by the police suggested he was picked up simply because he was acquainted with someone the police consider a well-known dagga dealer.

The numbers, already at a third of the total annual police budget before considering legal costs, were steadily rising, she said.

“It appears that factors external to police officials’ behaviour do not explain the increase in claims. The reasons are more likely related to unlawful police behaviour, and in particular police violence,” Dereymaeker wrote.

The high court awarded Fisa total damages just 9% short of the amount he had argued for. More than half the final payment will be in the form of interest, calculated from the date he first served summons on the police in the matter.

The award, most of it in the form of general damages in which the court has much leeway, may have been less, had it not been for what Smith called the “brazen and cruel” manner of torture and the attempts to cover it up.

Police officers delivered affidavits intended to subvert the case, containing what must have been false assertions, the court found. When that did not work someone – “there is, at the very least, a strong suspicion” that the police officers involved were complicit, Smith said – faked an entry in a police evidence register.

A full 11 months after Fisa was arrested that register came to reflect a “bompie” of dagga entered into evidence, supposedly found in Fisa’s barber shop and the reason for his arrest.

This, the court said, was a “serious attempt to fabricate evidence”.

Dereymaeker found in December: “It appears that the [South African Police Service] is unable or unwilling to influence the speedy finalisation of claims, either through court orders or out-of-court settlements.”

“It [the case] was certainly fiercely contested,” said Fisa’s lawyer, Ian Clark. “They definitely didn’t ever come with an offer of settlement.”

Clark said he accepted Fisa as a client on a contingency basis because it was clear when he walked in the door that Fisa had a strong case. His firm will now be reimbursed for the costs of five expert witnesses and an advocate largely from the cost order that came with the judgment, with what he expects to be a “small” additional payment drawn from Fisa’s award for expenses not covered by the court order.

The problem goes beyond police contesting cases in which they were in the wrong, costing taxpayers bigger bills as a result of their wrongdoing, Dereymaeker said this week.

“Probably, typically, no individual police officer will be held accountable,” she said. “There is this dichotomy between the civil claims

“We can debate whether a civil finding is enough for that, but what we see happen is that there is no criminal case that follows, and no claim against the police officer. The taxpayer pays alone.”

The costs include expenditure on security, justice and health rather than on productive efforts, investment is driven away and psychological effects results in lower productivity
Read more
Opinion

Brigadier Sifiso Cele denies the rape allegations, saying that they are part of a smear campaign and that criminal charges should have been opened if the accusations were true
Read more
Advertising