The female orgasm is not a unicorn 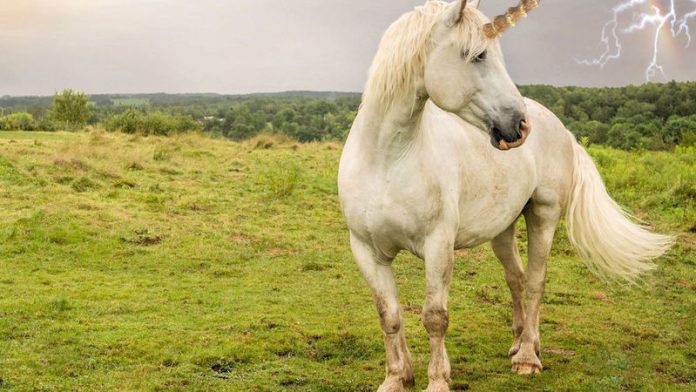 Google “female orgasm”. I did. I found, in no specific order but all on the first page of results, the following: “The mystery of the female orgasm”, “What an orgasm feels like — how do you know if you have one?”, “The female orgasm: How it works” and “Female orgasms: Myths and facts”.

If you google “male orgasm”, on the other hand, you get: “Eight ways to make your orgasm even better”, “Seven ways to enhance his orgasm”, “Ten male orgasm tips and tricks — what men want in bed”, and so on. The difference? Myth and mystery versus How to make his orgasm better.

But this isn’t really surprising. We live in a phallocentric world in which sex revolves around erections. Though erectile dysfunction and premature ejaculation are prevalent, what men fail to realise is that their ability to please their partners does not necessarily fall solely on their penises. Statistically, most women do not climax through penetration but through clitoral stimulation.

And so, although giving a woman an orgasm may require learning or improving on the skill and patience required to make her pussy pop, it is by no means an impossible feat. A 2014 study by researchers from the Kinsey Institute for Research in Sex, Gender and Reproduction, published in the Journal of Sexual Medicine, sought to investigate how gender and sexual orientation influence orgasms. The results revealed that, with a familiar partner, men experience orgasm 85% of the time versus women’s 63%.

The study authors, in an interview with Medical News Today, suggest that their findings could “perhaps [be] due to both sex-specific physiology and culturally reinforced gender roles that endorse male sexual activity and pleasure”.

Further research found that women reach orgasm about a third as often as men during first-time hook-ups, but in committed relationships they have orgasms 79% as often as men. The researchers interpreted the results to suggest that “having a [male] partner who cares about a woman’s sexual satisfaction is more important than biology”.

I would add that the difference in numbers between hook-ups and familiar partners might also have something to do with those men seeing their partners as human beings rather than sexual objects designed for male pleasure.

While discussing this article over drinks, a straight male friend of mine said that “the female orgasm is majestic as fuck, but it’s not a unicorn”.

Glossy magazines may stress that, for women, sex should focus on the experience instead of being goal oriented. This may be true, but it perpetuates the idea that the female orgasm is illusive. Women are taught not to expect to climax, but rather to be content with a moderately pleasurable experience.

According to my straight female friends, it’s typical for men to expect their partners to orgasm after five minutes of thrusting. Sex is over after ejaculation, whether the woman is satisfied or not. And foreplay is often just some nipple tweaking and sloppy kissing.

Perhaps this is because lesbians are more familiar with the anatomy than heterosexual males. But that can be rectified — the clitoris really isn’t that hard to find.

Besides, having different anatomy doesn’t stop women from giving good blow jobs, or so my straight male friends tell me. My interpretation of lesbians coming more is that people with vaginas know that the female orgasm not only exists, but is also not that hard to reach if you furnish yourself with the basics (consult Google) and ask your partner.

I’m not saying that men suck at sex. At all. I’m also not negating that men can give women amazing orgasms. In fact, I think men could and should be giving their female partners far more amazing orgasms. I just think that perhaps they need to focus a little less on themselves (and their penises) and more on their partner.

If people start to think about the female orgasm as less of a unicorn and more of a regular pony, perhaps we would all be coming more — and be less focused on demystifying something that has been around for as long as we have.

Shining a light on lesbian experiences in Nigeria

Pamela Adie’s LGBTQIA+ documentary ‘Under the Rainbow’, celebrates resilience and the pursuit of happiness and delivers its message as a love letter
Read more
Opinion

Claiming your climax is hard

Variations on a difficult blue

On the eve of their showing, artists Ghada Amer and Reza Farkhondeh about beauty, stereotypes and the unfathomable eroticism of abstract shapes
Read more
Health

​Erectile dysfunction: What your penis is trying to tell you

Erectile dysfunction can be a sign of a more severe condition.
Read more
Friday

A weekend at ‘better sex’ school

The ads for penis enlargement in Cape Town's Metrorail are getting a bit much for Hansie Smit who would prefer Gauteng's speed and efficiency.
Read more
Advertising
Continue to the category
Politics