[FROM OUR ARCHIVES] What can we learn from Angola’s yellow fever outbreak? 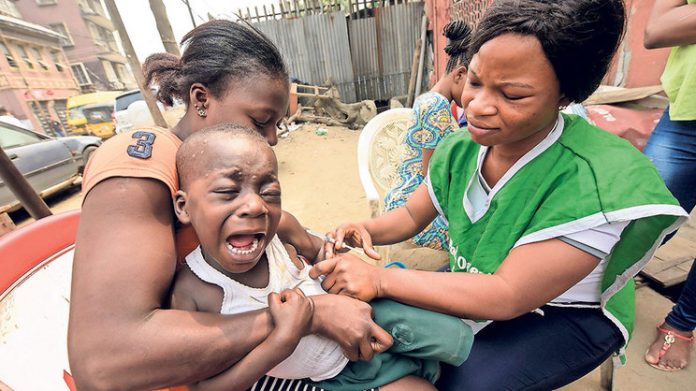 Africa should be proud of its immunisation track record. Extremely proud. The continent has eradicated smallpox, polio and epidemic meningitis, as well as, reduced measles deaths by 86%. The successes that have been accomplished with vaccination are staggering, yet we’re reminded by the recent outbreak of yellow fever in Angola that there’s still work to be done.

Yellow fever has already claimed more than 250 lives — and it is spreading. People infected in Angola have exported the disease to China, Mauritania, Kenya and the neighbouring Democratic Republic of Congo, where 45 people have died.

Combating yellow fever is complex and requires a multifaceted approach, including controlling mosquito populations, improving public sanitation and addressing water management in the context of an ever-warming planet.

As governments, health workers and international agencies work to control the outbreak, ensuring universal immunisation across Africa (and the world) is a critical part of any disease prevention strategy. Diseases don’t respect national borders, meaning that the world’s immunisation system is only as strong as its weakest part.

One important tool we have to prevent outbreaks of yellow fever and other infectious diseases on this scale is vaccines. Outbreaks are much less likely to occur if there are high immunisation rates among communities that are most at risk. But without strong immunisation systems to deliver all vaccines, comprehensive coverage is nearly impossible to achieve.

Africa’s immunisation accomplishments
Recently, there have been some impressive accomplishments across Africa that have improved routine immunisation efforts and have led to the introduction of new, life-saving vaccines against major killers such as pneumonia, diarrhoeal diseases and meningitis. South Sudan recently launched its largest immunisation campaign to date, providing the meningitis vaccine to five million people. And for the first time in history, there hasn’t been a case of polio recorded anywhere in Africa for more than a year.

Continent-wide, routine immunisation coverage has increased over the past 15 years. One way to assess the strength of a country’s routine immunisation system is to measure the percentage of children who receive all three doses of diphtheria-tetanus-pertussis or DTP3. From 2000 to 2014, the average coverage of DTP3 across Africa increased from 57% to 77%.

Yet progress is neither happening fast enough nor on a large enough scale. Only 43% of countries in Africa have achieved the global 90% target for DTP3 coverage — more than half the countries in Africa are not sufficiently protected. One in five children in Africa still does not receive all the vaccines they need. Until this immunisation gap is closed, African countries will remain vulnerable to preventable outbreaks.

Investing in resources
Resources need to be invested to ensure that every person in every African country can get the vaccines they need. This means employing enough health workers and providing them with adequate training, tools and support to reach all children wherever they may live.

Refrigeration systems need to be upgraded to take advantage of new or improved technology that helps store vaccines for longer, allowing vaccines to reach people in even the most remote regions. New vaccines that protect against diarrhoea and pneumonia should be added to immunisation programmes in all countries, a step that would dramatically reduce child illness and death rates.

At the first Ministerial Conference on Immunisation in Africa earlier this year, government leaders representing more than 40 African nations signed the Addis Ababa Declaration on Immunisation, pledging to double their efforts towards achieving universal access to immunisation on the continent by 2020.

This freshly minted declaration is expected to be on the agenda at the next African Union heads of state meeting, due to take place in Kigali in July. African leaders must use this moment to reiterate their support for the declaration and ensure that it is formally endorsed by the AU. Investing in immunisation is one of the best decisions a country can make for its citizens and its economy. Studies show that for every dollar invested in vaccines the return on investment is $44 – and in Africa that translates to $224-billion in economic benefits throughout this decade.

When countries invest in routine immunisation, we all benefit: children stay healthy, people thrive and economies prosper. The yellow fever outbreak is a sharp reminder that, until we immunise everyone against infectious diseases, everyone remains at risk.

Dr Ayo Ajayi is director of the Africa team at the Bill and Melinda Gates Foundation.

This piece was originally published on May 11 2016.
Tell us what you think – make a comment and rate our story on a scale of 1 (really bad) to 10 (excellent). We’d love to hear from you.