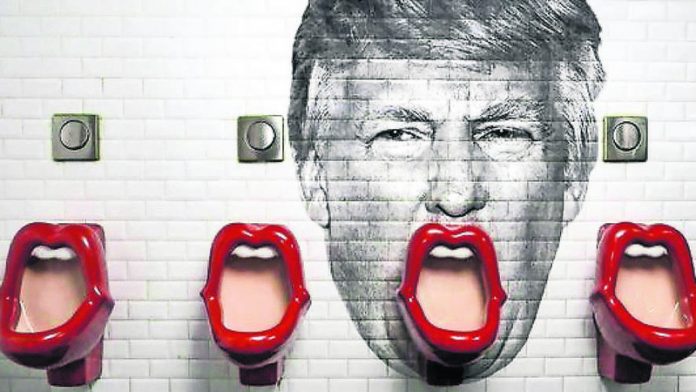 A dating website is pledging to match Americans who can’t live with a Donald Trump presidency to Canadians looking for love, facilitating the pledge often made by US voters to move to Canada if the real estate billionaire is elected.

“Maple Match makes it easy for Americans to find the ideal Canadian partner to save them from the unfathomable horror of a Trump presidency,” the Maple Match website reads, before offering a waiting list for interested singles.

Trump’s bombastic campaign to lead the Republican Party to the November presidential election has alarmed some Americans, both liberals and those in his own party, and the pledge by some to move to Canada if he is elected has gathered steam.

In February, the island of Cape Breton on Canada’s Atlantic coast marketed itself as a tranquil refuge for Americans seeking to escape should Trump capture the White House.

The Maple Match website allows users to add their name to a waitlist matching dismayed US voters with interested single Canadians, adding “We’ll let you know the next steps soon!”

Officials at Maple Match did not immediately respond to a request for comment, but Chief Executive Joe Goldman told the Canadian Broadcasting Corp that more than 10 000 singles and about 2 500 Canadians had signed up for the website’s waiting list as of Tuesday morning.

The dating site was also active on Twitter, suggesting its matchmaking service would help Americans avoid the difficulties of gaining Canadian citizenship.

“To heck w @Tinder, @MapleMatch offers to not leave you thinking ‘what did we just do?’ in 2016,” Twitter user @KeldaPharris tweeted on Tuesday.

“I can’t wait to meet my Canadian buddy! Thanks @MapleMatch,” user @mollye_malone said on Twitter.

While the pledge to “move to Canada” has been made in elections past, it rarely plays out in reality.

Migration data from after Republican George W. Bush’s 2000 election and 2004 re-election – other moments when liberal Americans pledged to move to Canada in protest – suggests few followed up on their promises. While immigration to Canada increased during the years of Bush’s elections, the rise was not more than increases in other years, data from the Montreal-based Association for Canadian Studies show. – Reuters (Reporting by Andrea Hopkins; Editing by Sandra Maler)