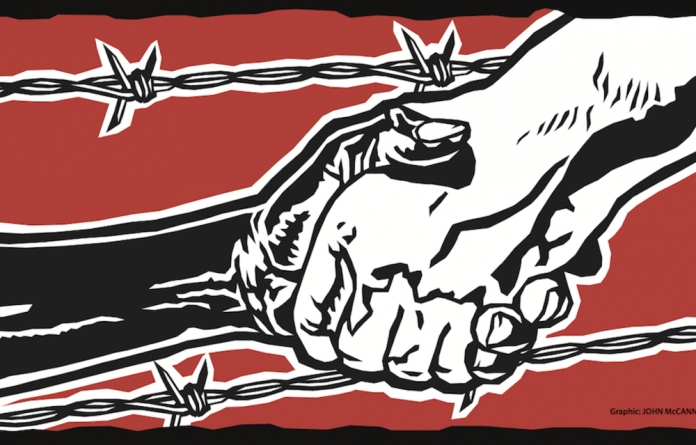 As we celebrate 20 years of South Africa’s Constitution, it is obvious that we should reflect on what it stands for and whether the ideals it espouses, as well as the society it envisages, are still feasible goals – or whether we should review our progress in that direction. There is, anyway, a heated debate taking place about our constitutional democracy and the Constitution itself, given what has happened in the past five years or more, and especially so since 2015.

It should perhaps not be surprising that there is a flurry of racist statements in social media. A year or so ago a high court judge, Mabel Jansen, insinuated that black people are barbaric; she has been outed as a racist and there is a cry for her to be dismissed. FW de Klerk, the last apartheid president, was reported to have said on CNN in 2012 that the apartheid regime was only “morally repugnant in a qualified way”. Dave Steward, the executive director of the FW de Klerk Foundation, mentioned in an article in January that, despite the apartheid regime, South Africa is much better off than other African countries that did not experience apartheid.

The Thabo Mbeki Foundation recently convened a dialogue on the Constitution and the “I am an African” speech made by Mbeki, then the deputy president, on the occasion of the adoption of the final Constitution in May 1996. The dialogue demonstrated that many people continue to see the

relevance of the current version of the Constitution, and also that people appreciate the history that gave birth to the kind of Constitution we have.

At the heart of such questions relating to apartheid colonialism – shorthand for 350 years of oppression of the black majority by a white minority – is transformation. As far as transformation is concerned, the Constitution, in the main, pursues an ideal of a nonsexist, nonracial and prosperous society. The government is tasked, through the Bill of Rights (in Chapter 2 of the Constitution, for instance), to take reasonable legislative and other measures, in its available resources, to achieve the progressive realisation of socioeconomic rights such as healthcare, education, shelter and sanitation.

Reconciliation is not feasible in the context of feeble transformation. Both reconciliation and transformation, as visualised by the Constitution, are ways through which a new nation could come into being. So far, South Africa has undergone only limited conciliation. Only state-building has taken place, with very little of the nation-building that should go hand in hand with the development of a new democracy.

For post-apartheid South Africa, it is no longer possible to believe in the “rainbow nation”. It is more meaningful and relevant to see a nation as a community that acknowledges and respects its repulsive political and economic history, and takes systematic restitutionary, reconciliatory and restructuring measures, aimed at achieving an equitable sharing of resources.

It is therefore to be expected that questions about our constitutional democracy and the Constitution itself are being posed. There are those who feel that our Constitution protects minority rights and property at the expense of the black majority. And there are those who ask: What good is being guaranteed a right to life and freedom of movement and speech when you cannot earn a decent living?

As for transformation and reconciliation as a joint undertaking envisaged in the Constitution, one recent incident shows that we still have a long way to go. That is the reaction of many in the white population group to Sports and Recreation Minister Fikile Mbalula’s announcement that the government will impose punitive measures against SA Rugby, Cricket SA and Athletics SA should they fail to reach their transformation targets. Although this incident and the reactions to it are playing out in the sports arena, it is a symptom of the limited transformation in South African society at large.

Radical transformation is the answer, and the starting point is the economy. Yet more dialogue is needed about what kind of economy South Africa needs. A new consensus is needed on our socioeconomic development methodology. Among the chief issues to be addressed is the cosy relationship between the private sector and the government.

The socioeconomic challenges South Africa faces are racially based because of the structure of the economy, which is still largely in white hands. Because we have not directly addressed this historical injustice, reconciliation remains a pipe dream.

Radical socioeconomic transformation is the answer to South Africa’s reconciliation project. Nation-building is critical but it will not succeed if the material conditions of the many do not improve.

As we celebrate 20 years of the Constitution, we must be honest: things are not looking good. It is important that the whole of South African society has a dialogue about the nation we want to be, but each population group, especially black Africans and white people, also need to have their own separate conversations – each group has skeletons to deal with.

There needs to be more dialogue on the Constitution, and everyone should be involved. It might very well be that the 17 amendments to the Constitution so far have not been enough to ensure the much-needed effective transformation of our society.

South Africa’s steel producer’s earnings dropped in the first quarter of 2020 because of low demand and a lacklustre economy, exacerbated by the Covid-19 lockdown
Read more
Opinion

Christian Life Private School barred a pupil because he wore a bracelet with cultural significance, but the decision — even in the private sphere — is constitutionally wrong
Read more
Environment

The country is among the G20 countries who have invested in electricity produced from coal, oil and gas at the cost of addressing climate change
Read more
Advertising
Continue to the category
National