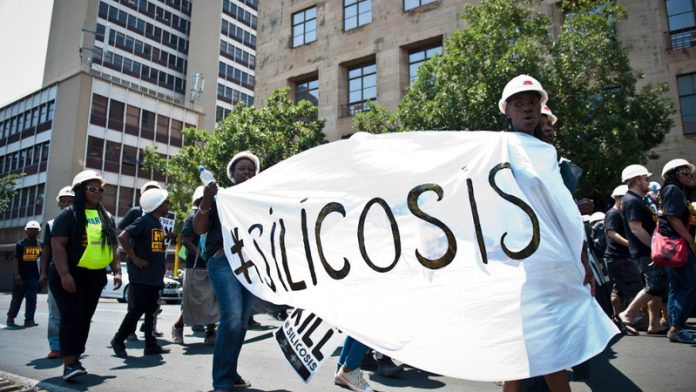 South Africa gave the green light on Friday for class action suits seeking damages from gold companies for up to half a million miners who contracted the fatal lung diseases silicosis and tuberculosis underground.

The High Court decision sets the stage for protracted proceedings in the largest class action suits in Africa’s most industrialised country. Analysts have said the suits could cost the gold industry hundreds of millions of dollars.

Judge Phineas Mojapelo said workers who had died of the diseases could be included in the suits, with any damages paid to family members, and that each mining company should be held liable separately for any damages.

“We hold the view that in the context of this case, class action is the only realistic option through which most mine workers can assert their claims effectively against the mining companies,” Mojapelo said in a unanimous ruling by three judges.

“Mining companies will be held liable or responsible for their own actions for unlawful emissions,” he said.

Some miners walked out of the courthouse triumphantly with fists raised, while activists sang and danced outside.

“This will make a difference in our lives, because we have been struggling for so long,” said Vuyani Dwadube, 74, a former rock driller who worked at Harmony Gold and suffers from tuberculosis.

In their heyday in the 1980s, South Africa’s gold mines employed 500,000 men, and some medical research suggests as many as one in two former gold miners has silicosis.

Silicosis is an incurable disease caused by inhaling silica dust from gold-bearing rocks. It causes shortness of breath, a persistent cough and chest pains, and also makes people highly susceptible to tuberculosis.

The defendants in the case include some of the world’s biggest bullion producers, who have been hit by a slide in commodities prices and widespread labour unrest among miners.

Alan Fine, a spokesman for OLD said in a statement the gold companies were studying the judgment and each firm would decide whether to appeal the court ruling.

“Either way, it should be noted that the finding does not represent a view on the merits of the cases brought by claimants,” Fine said.

Damages
Shares in the gold companies shares were mixed following the ruling, some tracking a stronger price for the precious metal.

“Certainly it will have an effect on their reserves. Most of them probably made provisions,” Gryphon Asset Management Chief Investment Officer Abri du Plessis said.

“It’s still too early to say what it will be (the damages) but it does create a lot of uncertainty and that is never good for share prices,” he said.

There is little precedent in South African law for the class action suits which have their roots in a landmark 2011 ruling by the Constitutional Court that for the first time allowed lung-diseased miners to sue employers for damages.

The claims stretch back decades and involve not just South Africans but thousands of former miners from neighbouring countries such as Lesotho, Malawi and Swaziland.

Friday’s ruling is separate from a $30-million silicosis settlement with 4,400 miners reached in March by Anglo American and AngloGold. – Reuters