Guptas sue for 27.5% of Independent Media 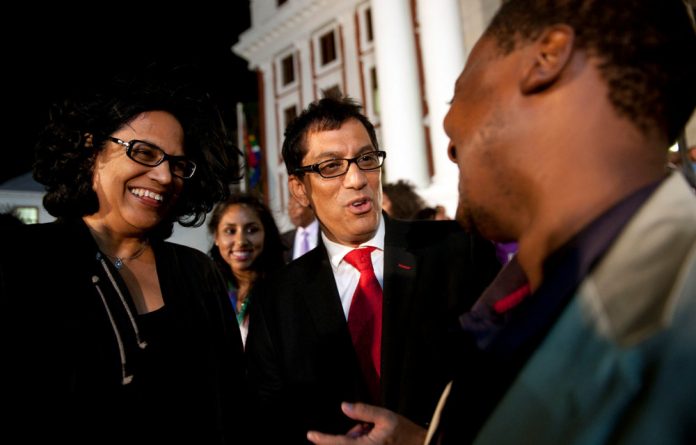 The Gupta family is “fighting tooth and nail” for a large stake in Independent Media, South Africa’s oldest and one of its most prominent newspaper companies.

The dispute centres on a pact that the company’s chairperson, Iqbal Survee, made with the Guptas in 2012, when a consortium he led was negotiating to buy the newspaper group.

Surve conditionally offered the Guptas a stake that would have amounted to 27.5% of the Independent group.

But the deal was not consummated and for the better part of three years, the Guptas and Surve have been locked in a dispute that included a protracted secret arbitration process.

The fight has now moved to the North Gauteng High Court, where Oakbay Investments – the Gupta family’s holding company – is suing Surve, a company in the Sekunjalo group and an accountant linked to the arbitration.

The Gupta family, which has been publicly accused of abusing its relationship with President Jacob Zuma, already owns The New Age newspaper group and TV station ANN7.

In 2012, Surve and his Sekunjalo group led a broad-based consortium that bought Independent from its Irish owners for R2-billion.

The deal was supported by the Public Investment Corporation, which  said in Parliament this week that it committed R888-million on the premise that the new, black owners would attract a bigger share of state advertising.

But, according to the investment corporation’s presentation to MPs: “This increased spen[d] by government [has] not materialised yet.”

Companies linked to the Chinese government also took a 20% stake in the newspaper group.

The  political nature of the transaction sparked public controversy, but what was not known at the time was that Surve gave the Guptas’ Oakbay a conditional option to take half of his consortium’s 55% stake in the newspaper house.

What value the Guptas brought in return for their option is unclear.

This week, Surve’s lawyer Adam Ismail confirmed the dispute, saying: “A company in the Sekunjalo group has been engaged in a protracted legal battle with Oakbay Investments.”

Ismail said the arbitration was “but one chapter in a legal tussle spanning almost three years now”.

A number of sources told amaBhungane that Surve had lost a first round of arbitration.

Despite this, Ismail said: “Surve and the Sekunjalo group are of the emphatic view that Oakbay Investments has no legal right to any shares in the Independent Media.

“The legal battle continues, having now moved to the high court. As the matter is sub judice at this stage, Dr Surve does not want to say too much.”

At court, amaBhungane was able to identify a 2015 case in which Oakbay Investments is suing “Firer, S” and three others, but the file could not be found.

Steven Firer, an accountant with audit firm Nkonki, confirmed that it was him but said that he “cannot give details until the court issues are dealt with”.

Several sources agreed that the other defendants included Surve and a Sekunjalo group company.

Firer’s LinkedIn profile describes him as an “expert witness and consultant in commercial disputes, particularly those involving issues of application of International Financial Reporting Standards and International Standards on Auditing, valuations and financial analysis”.

It is understood that he played a role in the Oakbay-Sekunjalo arbitration, helping to assess what the Guptas should pay for their would-be stake.

It is understood that Oakbay is now suing Firer because it argues his valuation was much too high.

AmaBhungane’s sources said that, as a major shareholder, the Public Investment Corporation this month told those involved that it did not favour the Guptas’ attempts to grab part of Independent. Its spokesperson Sekgoela Sekgoela declined to comment.

In 2013, Surve told Bloomberg that the investment corporation said it “won’t allow” the Guptas a stake in Independent.

Ismail said: “Dr Surve also wishes to make it clear that Oakbay and the Gupta family provided no assistance [financial or otherwise] whatsoever in the acquisition of Independent Media.

“Dr Surve does wish to point out that Oakbay Investments was also a bidder for the Independent Media when it was up for sale in 2012/2013 and that such bid by Oakbay was unsuccessful.

“Dr Surve also wishes to point out that the Sekunjalo Group has no other business dealings with Oakbay or the Gupta family.”

Oakbay spokesperson Yolanda Zondo said: “We are not able to comment on this matter as doing so would be in breach of a confidentiality agreement.”

What’s black and white and in the red all over?