The rise of a new black racism in South Africa 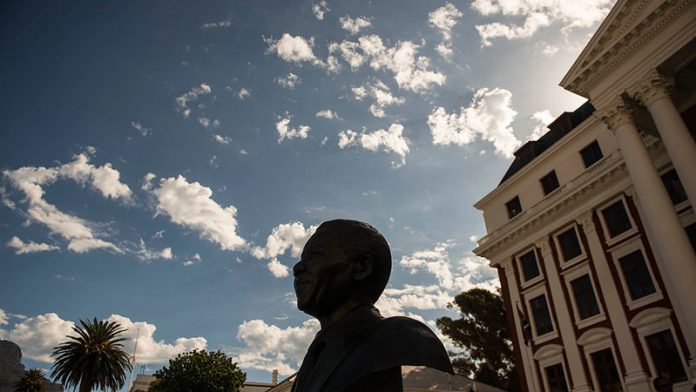 Nowhere is the emergence of a new and revealing black racism more evident today that on social media, hot on the heels and probably as a consequence of a resurgence of race and racism experiences and debates more generally in our society since about the start of 2015.

We are all very familiar with the reality of white racism for so long – centuries in fact – that two false beliefs appeared to have taken root. One was that all white people are racists. The argument for this was that they all benefitted to a greater or lesser extent from apartheid policies. But there were many whites under apartheid who were totally opposed to that racist system and were in fact imprisoned for their beliefs. Others refused to be conscripted into a white racist army in defense of apartheid and as a result either went to jail or into exile for their beliefs. Surely they could not have been regarded as racists.

Two, black people, all of whom were to varying degrees the victims of social, structural and institutional racism, were inherently incapable of racism towards whites or other people. Why? Often the argument ran along these lines more or less: because racism was historically always associated with power, black people, who never had political and economic power, naturally could not be racist.

But this argument was seriously flawed and lacked a deeper and more nuanced understanding of racism. It was far too structuralist and failed to realise and recognise as a result that racism is manifested in different ways and exists at different levels. In other words in the final analysis not all racism is structurally related, for example, about the economy.

It also exists at the level of ideas, attitudes, conduct and behavior, even if there were no structural causes for racism or it was outlawed. For example, if a black man said that he dislikes or hates all whites – despite the eradication of racism from the statute books and the political, legal and constitutional changes since 1994 – it would be correct to call him a racist. On the other hand many whites who fought against apartheid consistently would not deserve to be called racist.

One of the biggest apartheid-inspired problems of ongoing intra-black racism revolves around the notion that other people of colour, namely coloured and Indian people, and in fact whites, are “minorities” in relation to the Big Brother African majority. In fact much of the cronyism we see is linked to this syndrome, often even defying demographics, like in Cape Town.

It is because of such a narrow and dangerous Africanist majoritarian chauvinism that many among the marginalised coloured working class in Cape Town and elsewhere said that under apartheid they were not white enough but today they not black enough. I am now reminded of what the late Nelsom Mandela stated: that he was as opposed to white domination as he would be to black domination.

Besides, such people do not realise that they might well be stoking a racial conflagration with such basically racist Africanist majoritarian chauvinism. This country does not belong to such people. No, it belongs to every South African, regardless of race, colour and creed. The sooner they disabuse themselves of such chauvinism the better for the future of this country, otherwise we are heading for very serious trouble.

Let me provide another example of intra-black racism I was recently the victim of on Facebook, in an argument I had with Sandile Memela, a former black journalist. He stated that Ferial Haffajee, the editor of City Press, “was not African in the essentialist sense”. I responded and argued that what he said was in the final analysis tantamount to racism. He not only denied it but his friend, Pule Hlatshwayo, who supported him in the most crass way imaginable, basically told me to “leave Pan Africa” to what I called the “real-deal Africans”. Like Haffajee I was to them not really African or not African enough. That is undoubted racism as far as I am concerned.

But besides the need to interrogate the meanings of racism more rigorously and comprehensively we need to interrogate the intersecting race-class pendulum more to be able to see some very interesting omissions in our often very heated discourses, especially on social media. In this regard we are so obsessed with the race and racism side of that pendulum that we fail repeatedly to realise and recognise its class dimensions with which it is often inextricably intertwined.

As a result we are terribly incensed – and we should be – by what Matthew Theunissen said on Facebook recently, but have little or nothing to say about the growing instances of black racism on social media and elsewhere. We are also both insensitive and indifferent to the raging intra-black class inequalities since 1994, which is today bigger than the inter-racial inequalities.

And what about the exploitation and abuses black workers also experiences at the hands of the black bourgeoisie? There are many stories of poor wages, hardship and social injustices there – affecting African workers specifically – but these African and black nationalists hardly ever go there, interestingly.

No, their venom is directed at the infamous Guptas instead. Yes, what they have done must be condemned but how convenient is it to not see the bigger picture of a deracialised crony capitalism which existed since the 1990’s and which in the first place made what the Guptas did possible and of which some of them are a part.

Ebrahim Harvey is a political writer, analyst and author