Cars reveal what you earn – or not 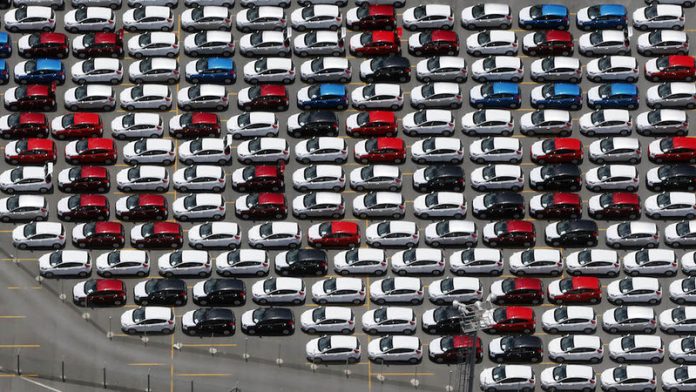 There’s an argument that car ownership is a measure of the middle class.

“While one can define the middle class in many ways, ownership of a car, a big-ticket item, is an unambiguous indication of the ability to purchase other high-ticket consumer items — a sign that a household has reached middle-class status,” write Uri Dadush and Shimelse Ali, the authors of In Search of the Global Class: A New Index, published by the Carnegie Endowment for International Peace.

They argue that this could be a reliable indicator particularly in developing economies because, “while the vast majority of households own a car in advanced countries, and many own more than one, in developing countries owning a car symbolises relative affluence”.

Economists recognise the middle class as an important driver of growth. Its buying power attracts investors.

But how much income a household needs before it is considered to be middle class is not widely agreed upon.

The Mail & Guardian took a drive down memory lane and looked at car statistics from the past 20 years to place this discussion in a South African context.

At the same time, the middle class (in this case, defined as those earning between R50 000 and R300 000 a year) has grown roughly fourfold, according to a January 2015 estimate by the Rawson Property Group — from three million people in 1993 to roughly 12 million today.

The number of vehicles with valid registrations (including commercial vehicles such as trucks) is 11 818 134, according to the electronic national administration traffic information system (eNatis). It’s a significant figure when compared with the num- ber of working adults, which is estimated to be 15.5 million.

Surveys by Statistics South Africa also show that the number of people who use cars has grown over the past 10 years.

The most recent National Household Travel Survey, a wide-ranging report compiled by Stats SA every 10 years, shows that there was a significant increase from 2003 to 2013 in the percentage of house- holds who owned or had access to cars — up from 22.9% to 28.5% of the population.

The number of people with driver’s licences also increased over the same period. Despite this, there remains a great demographic imbalance between those who hold car keys.

“The survey determined that, among persons with licences, the percentage of which are black increased from 48.2% of the males to 56.1% … from 2003 to 2013,” said Professor Cine van Zyl, from the Centre for Transport Economics at Unisa. “Whites made up 61.6% of all females with licences in 2003, which percentage declined to 46% in 2013. It is therefore still the case that nearly half of women with licences are white. There is a very dramatic and shocking deficit in black women who may legally drive,” Van Zyl said.

Nico Vermeulen, of the National Association of Automobile Manufacturers of South Africa (Naamsa), said there is a strong relationship between economic growth and new vehicle sales.

“The automotive industry is a cyclical industry and demand for new motor vehicles is a function of various factors, including gross domestic product, the level and direction of interest rates, vehicle affordability, among others. There is a close correlation between GDP [gross domestic product] growth and new vehicle sales.” Looking at historical figures, “sales volumes registered growth of 20% or more in the years when the South African economy grew at 5% or more”,Vermeulen said.

“In 2016, indications are that sales are almost 15% below the same month in 2015. These numbers indicate a bleak picture, mainly due to low con- sumer and business confidence, rising car prices and higher financing costs.

“The domestic market for 2016 is expected to show a greater decline, in aggregate terms, of around 9% in vol- ume,” he said.

South Africans are opting more and more for “pre-loved” vehicles rather than driving them off the showroom floor.

As of the end of March, Naamsa’s figures show that 2.07 used cars were bought for every new car. The last time the ratio was higher was in the last quarter of 2009.

The shift is partly a result of the weak exchange rate, Vermeulen said.

“Why does a strong rand benefit the automotive industry? The reasons are simple,” he said. “A strong rand translates into lower inflation, which in turn enables the Reserve Bank to reduce interest rates. This in turn supports economic expansion, growth and development and rising standards of living. A weak rand translates into exactly the opposite.”

On its website, the department of transport states that “the importation of used vehicles is restricted to protect the local motor vehicle manufacturing industry. Permits are only issued under specifically defined circumstances.”

On face value, South Africa’s car story shows sales and the middle class that have grown in a complementary manner. But car ownership hasn’t swelled fast enough to keep up with the population, and it doesn’t benefit all members of society equally.