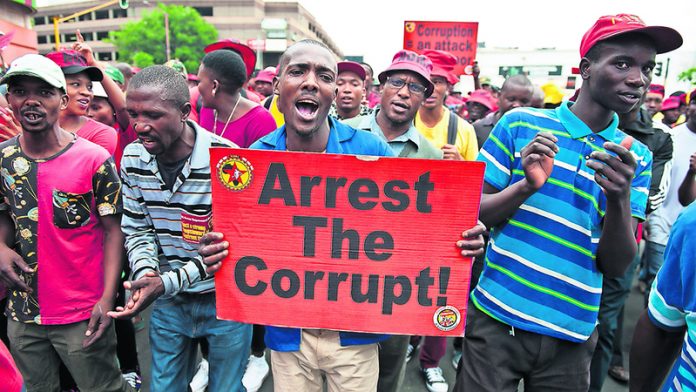 The National Union of Metalworkers of South Africa (Numsa) and the other 50 trade unions represented at the workers’ summit on April 30 are bemused that the Mail & Guardian’s only reaction to this historic gathering was Ebrahim Harvey’s superficial and jaundiced article “Numsa’s federation still a pipe dream” (May 6).

Harvey calls the decision to form a new federation “a courageous move”, then proceeds to pour cold water on it. He did not attend either the summit or the May Day rally the next day. Had he done so he would have witnessed the enthusiasm and excitement of the workers. Strangely, one of only two direct quotes in the article was from someone who did not attend — Dennis George, the general secretary of the Federation of Unions of South Africa.

There were 1 406 representatives of 29 trade unions and one existing federation, the National Council of Trade Unions, with 22 affiliates (51 unions in total), present, and they were supported by a range of civil society and community organisations, all of whom were named. Harvey did not check an early inaccurate media report that, “by 11am, only 20 of the 50 unions were present”.

The most glaring omission in the article, however, is the failure to acknowledge that this initiative is a response to pressure from below, from angry workers clamouring for a new voice and a new vehicle to channel their despair at the appalling crisis in which they are mired.

“Workers in informal employment are unsupported and unprotected. In the manufacturing and mining sectors whole workplaces and even entire industries like mining and steel are in danger of disappearing and throwing thousands more on to the streets.

“And the chances of retrenched workers finding another job are next to zero given the shocking rate of unemployment.

“Never have workers had a greater need for the protection of strong trade unions and a powerful, united federation to defend jobs and living standards … yet never since the days of apartheid has the union movement been weaker and more fragmented.

“A staggering 76% of formal workers remain unorganised. Many of these workers are in the most vulnerable sectors in greatest need of a strong trade union, those employed by labour brokers, part-time and casual workers who have no permanent employer or workplace. In addition, millions of informal workers are unprotected and are subject to harassment, evictions and confiscations.”

The new federation is an essential response to these workers. Such an ambitious project was never going to be simple or quick. It is “a complex and long-term process”, as Harvey quotes Zwelinzima Vavi saying.

The success of the summit and May Day are proof of the great strides already made, which Harvey ignores, focusing only on the length of  the process.

It is long mainly because the unions involved insist that the new federation must be fully democratic and worker controlled from the outset, which means that, before a founding congress can be held, the shop-floor membership must thoroughly discuss and agree to its principles, constitution and political orientation. This process is underway.

As the summit declaration said: “This will be a federation that leads by example. It will be a model of union democracy, and will show in practice how to unite workers by democratic means and not by dictatorship from the top. The new federation will not be a ‘boardroom federation’, but will actively link with workers’ struggles on the ground, so that all workers and their unions are supported and given the solidarity they need to win.”

Some unions who attended the summit but have not yet declared their support are not “being circumspect about linking to the new federation”, as Harvey claims. They are consulting their members and official structures before taking a final decision, as they have the right and duty to do.

Harvey is also wrong to suggest that we are “disparaging” members of the remaining Cosatu unions. On the contrary, we are confident that, once the new federation is up and running, they will join us in droves as they become more and more antagonised by Cosatu leaders serving as President Jacob Zuma’s political defence team.

But it is equally agreed that the new federation will not be apolitical and will be free to endorse the views of political parties that are in line with its own and that advance the workers’ cause.

As the summit declaration concluded: “A solid new home is being built that will protect workers against the ravages of an economy that is based on exploitation and inequality.”

Andrew Chirwa is the president of Numsa