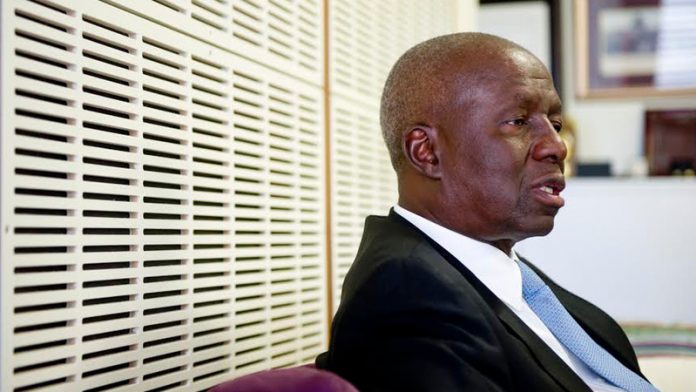 Deputy Chief Justice Dikgang Moseneke is retiring from the Bench this week, stepping down from the second most powerful position in the judiciary after joining the Constitutional Court in 2002.

His last day in office is Friday May 20.

In his younger years, Moseneke was involved in the liberation struggle as a member of the Pan Africanist Congress. He was tried and convicted for his political activities and, at the age of 15, became the youngest prisoner to be incarcerated on Robben Island.

He was part of the technical committee that drafted the interim Constitution in 1993, and was later appointed deputy chairperson of the Independent Electoral Commission ahead of South Africa’s first democratic elections.

It was a task for which he believed he had no experience, but accepted because he Nelson Mandela had asked him.

“When he asked me to be involved in the elections, I couldn’t say no. It was a historic moment I was honoured to be a part of,” says Moseneke.

From the start, Moseneke was determined to bring Mandela’s spirit into the judiciary. He is, however, known for being publicly critical of the ANC and defending the role of the judiciary in society.

In turn, he has been criticised by senior politicians, including ANC secretary general Gwede Mantashe and treasurer general Zweli Mkhize, as well as South African Communist Party leader Blade Nzimande, who have accused him of blurring the lines between the judicial, executive and legislative arms of state.

But Moseneke has consistently defended himself and his role as deputy chief justice, holding that he is accountable to the Constitution and not to politicians.

“The judiciary is reflective of the institituions and society in which it operates. At the end of the day, what is important is that the Constituiton is fulfilled and nothing else,” he says.

He was controversially passed over twice for the post of chief justice — a position many believed he was suitable and qualified for.

After retiring from the Bench, Moseneke plans to travel across Africa and parts of southeast Asia. He has also written an autobiography, which will be published soon.