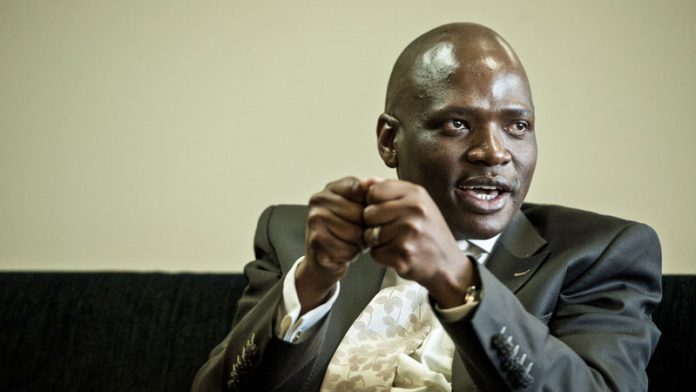 There’ll be a reckoning to be had should any of the South African Broadcasting Corporation (SABC) radio stations choose to ignore chief operating officer Hlaudi Motsoeneng’s new policy, which requires that local music gets the lion’s share – 90% – of the airwaves.

Motsoeneng scoffed at the suggestion that any of the stations might refuse to obey his rules.

“I am Hlaudi Motsoeneng, baby! I am in charge. I will make sure that it happens. Nobody will go against what I have put in place – this policy and those responsible for implementing directly report to me,” he said.

The local content announcement was made on Wednesday last week.

Motsoeneng’s decision to forge ahead with the new policy arose from concern over the nation’s preference for – and admiration of – international artists.

It’s a concern that kept him lying awake until the early hours of the first morning following the announcement. So he tuned into various SABC radio stations – “I wanted to hear if [they] were complying with the rule”.

Each of the broadcaster’s 18 radio stations are expected to abide by Motsoeneng’s new rule – a move he expects will be welcomed by audiences. “As South Africans, we need to start believing in ourselves and our talents,” Motsoeneng said. “This new policy will ensure that we support our own artists, which shows that we have a high self-esteem and we are confident in what we can do as a nation.”

Motsoeneng’s push for local content entails a bigger vision: he hopes that it will unite South Africa and help to eradicate racism. “I would like RSG [Radio Sonder Grense] to play mbaqanga and to hear Afrikaans music on Lesedi FM. This will promote diversity and will help to deal with the racism problem currently plaguing South Africa.”

He said that racism is an issue that needs to be “dealt with” and that music provides the perfect vehicle for transforming minds.

Although Metro FM’s trademark slow jam and R&B Sundays will now be markedly different, Motsoeneng said this would ensure that South Africans learn to appreciate – and turn on the romance – to local R&B tunes.

The 90% local content rule will soon apply to television as well, with Motsoeneng eager to see more local dramas and soapies that promote and harness the talent of young filmmakers and television producers. “We must remember that we [the media] are very powerful. We must not underestimate how we influence the country,” he said.

He confirmed that there would be a review of the new policy after a few months – but only to gauge what types of music genres audiences prefer.