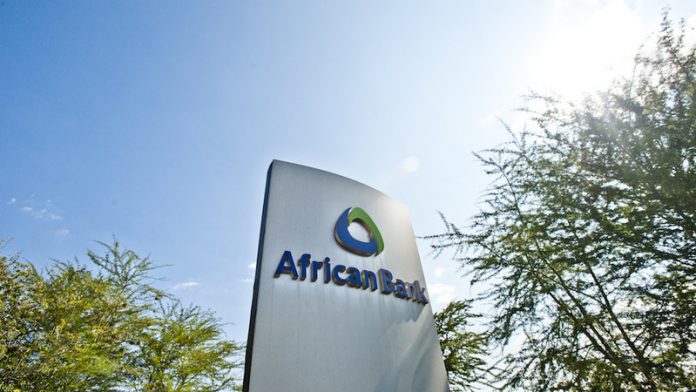 The pressure on former directors of African Bank and its parent company, African Bank Investments Limited (Abil), was ratcheted up this week after the release of the report by the Myburgh commission into the unsecured lender’s collapse.

The South African Reserve Bank has forwarded the report to the National Prosecuting Authority in line with the Banks Act, the Reserve Bank’s chief of staff, Bulelwa Boqwana, confirmed.

The empowerment shareholders of Abil believe that the report strengthens their roughly R2-billion claim against Abil’s directors and its auditors, Deloitte.

The two empowerment groups, Hlumisa and Eyomhlaba, claim, among other things, that the directors carried out the company’s business recklessly and breached their fiduciary duty, which led to the collapse of African Bank and substantial losses to Abil’s shareholders.

The public release of the report has allowed the empowerment shareholders to use some of the information it reveals, said Desmond Lockey, chairperson of Hlumisa.

The lawsuit, lodged in the high court in Pretoria, would be a landmark test case, on behalf of the 13 000 black shareholders who have been left with almost nothing, said Lockey.

He added that the suit would hopefully ensure that “South African business conducts itself more responsibly”. (See BEE shareholders lost their investments, below)

After the collapse of African Bank in 2014, the Reserve Bank placed it under curatorship, while Abil went into business rescue.

A new version of African Bank was launched in April, backed by the Reserve Bank, the Public Investment Corporation (PIC), and a consortium of the country’s largest banks.

Gill Marcus, the Reserve Bank governor at the time, convened a commission of inquiry, led by advocate John Myburgh, into the affairs of the bank. Its purpose was to determine whether any business of the bank was conducted “recklessly or negligently”, or with the intent to defraud depositors, creditors or any other party.

Myburgh’s report was made public on Thursday last week. Although it found that there was no intent to defraud anyone, the business of the bank had been conducted negligently and recklessly. The boards of Abil and African Bank were found to have been party to this, breaching their fiduciary and other duties to the bank.

The directors were also found to have acted negligently by appointing Tami Sokutu as the chief risk officer, by aggressively growing the bank’s loan book, and by allowing themselves to be dominated by the bank’s founder and chief executive officer, Leon Kirkinis.

It also found they acted negligently by “underestimating the financial implications of issues such as bad debts, impairments” and the cost of funding the ailing furniture retailer Ellerines, another Abil subsidiary.

African Bank lent Ellerines R1.4-billion without security or any reasonable prospect that the loans would be repaid, the report found, which it deemed reckless.

The boards of Abil and African Bank were the same, which the report highlighted as a conflict as soon as African Bank began providing financial assistance to the furniture company.

A statement issued on behalf of the Abil directors said they did not agree with the findings that any aspect of the bank’s business was conducted negligently or recklessly.

“The directors and former directors wish to reiterate that they performed their duties in the best interests of each company in the Abil group,” it said. No further comment about the referral of the report to the NPA could be provided.

In the months before the bank’s collapse, the PIC increased its stake in Abil to more than 15%, making it a significant shareholder. According to the report, when the share price collapsed, it lost about R4-billion.

Other asset managers that lost significantly included Allan Gray, which estimated that its clients lost about R893-million on Abil shares, and Coronation, which accumulated losses of about R3.25-billion. Allan Gray declined to comment.

The PIC chief executive, Daniel Matjila, said the corporation was taking the report through its “internal processes to determine the next course of action”.

What was of interest in the report were the comments about the power of one person, Kirkinis, in directing the decisions made at the bank, said Olga Constantatos, the credit and equity process manager of Futuregrowth Asset Management, a holder of senior debt in African Bank.

The report also shed light on the true extent of the chief risk officer’s incapacity, she added. The report noted that, although Sokutu held the position for 10 years, he did not have the requisite qualifications and had a severe drinking problem. Sokutu died, reportedly after a short illness, in early 2015.

The report’s findings notwithstanding, there did not appear to have been an outright intent to defraud anyone, she said, although there were clear “lapses in judgment”.

The release of the Myburgh report could strengthen the case brought by empowerment shareholders against the directors of African Bank Investments Limited (Abil), the holding company of the defunct unsecured lender, African Bank.

This is according to Desmond Lockey, the chairperson of Hlumisa, one of the two empowerment companies that are suing Abil’s directors and the auditors, Deloitte.

Unlike many fully funded black economic empowerment deals struck in the industry, usually featuring high-profile black figures, Abil’s 13 000 black shareholders put in R268-million of their own equity to finance the deal, reinvesting the dividends over the years, Lockey said.

In a submission to the Myburgh commission, it was revealed how the empowerment companies repeatedly requested permission to redeem preference shares in a bid to repay outstanding debt on the transaction to keep it intact and protect shareholder value. These requests were made in early 2014 after sharp declines in the Abil share price but were refused by Abil’s board.

Following the placement of Abil into business rescue and African Bank under curatorship and its unbundling into a new “good bank”, the BEE shareholders have been left with very little, Lockey said.

“These were people who took their last little bit of money and ploughed it into this transaction in the hope that they could send their children to university one day,” he said. “All of that has now been squandered.” – Lynley Donnelly

Although questions have been asked about the role of the bank’s regulator, the South African Reserve Bank, the Myburgh report revealed the extent to which the regulator was working behind the scenes and was aware of the problems developing at African Bank.

From August 2013, it began monitoring the bank’s liquidity position daily, according to the report. In September 2013, when Abil and African Bank ran into difficulties because of losses as a result of impaired loans, the Reserve Bank required Abil to develop a credible liquidity and capital plan, which resulted in a successful rights offer.

The objective of the regulatory and supervisory authority can “never be to avoid the failure of banking institutions and, even in a sound system, there may still be failures”, the registrar of banks, Rene van Wyk, said. Nevertheless, he said, the report offered the opportunity to assess and consider the need for any amendments to or the strengthening of supervisory practices, policies and the regulatory framework that applied to his office.

It was clear from the report that the Reserve Bank was involved behind the scenes and asking “hard questions”, said an analyst who asked not to be named.

Before a bank is placed under curatorship, “the regulator can only regulate” and cannot intervene directly, he said.

The Reserve Bank’s actions in ultimately placing the bank under curatorship prevented a far wider crisis in the market, which could have resulted in far greater damage for investors, he said. – Lynley Donnelly