How black and white conspire against SA’s nationhood 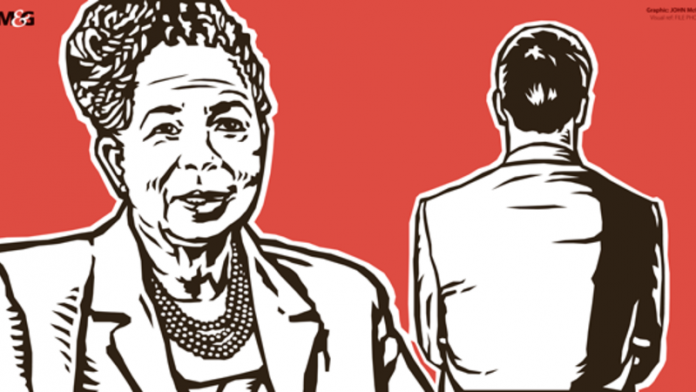 In her new book, Why We are Not a Nation, former SABC deputy chairperson Christine Qunta asks a pertinent question about deepening social schisms in South Africa, not least structural inequalities in the economy.

Qunta’s roots are in the Black Consciousness Movement, and she served on various national platforms during Thabo Mbeki’s presidency.

In the book, she presents the argument that despite every effort at reconciliation by black South Africans, their white counterparts remain aloof and arrogant. We are locked, in her words, in “a ritual dance of deception: white entitlement and black docility, laced with resentment on both sides and occasional public eruptions”. What she sees ahead is conflagration, a violent eruption of racial war.

Qunta is also concerned with African forms of self-presentation, particularly among black women. She provides numerous examples of how the beauty industry privileges whiteness, and thus encourages hazardous practices such as skin lightening. Qunta does not shy away from the politics of hair — the straightening of curly hair and the wearing of wigs and weaves is described as a social pathology akin to what Frantz Fanon described as “the wish to be white”: a “neurotic situation” in a society where institutional power depends on the “inferiority complex” of the colonised.

Even as she turns to the more autobiographical material in the book, based on her professional life, Qunta relays one argument in no uncertain terms: we are not a nation because racism is perpetrated by whites and unchallenged by blacks. Structural and ideological racism affects institutional life and personal choices. This is the tragedy of our post-apartheid condition, she argues.

The text strikes the right chords in its reference to some of the icons of the historiography of race, power and nationalism in South Africa, particularly Shula Marks and Ben Magubane. These two South Africanists, despite drawing from different historiographical traditions, shared at least one thing in common: they insisted that Africans are social actors making their own history, albeit not under conditions of their own choosing.

Marks and Magubane were two of the critical voices of the 1970s. They lambasted traditions of scholarship that did not put African agency in the foreground of analysis. How do Africans see themselves; how do they understand their circumstances; how do they interpret their actions?  Qunta’s conceptualisation of the African is strikingly different. Although she highlights their great achievements in precolonial society, her conception of Africans under successive colonial, apartheid and democratic dispensations is of a people so downtrodden they have lost every sense of their identity and the capacity to imagine their own future.

Marks’s work confirmed that precolonial southern Africa was not an “empty space” when Europeans penetrated into the interior. Qunta makes good use of Marks’s critique of European discourses of precolonial Africa as an unoccupied and savage place to argue that African civilisations predate European imperialism, and so there is no reason Africans should accept European hegemony – cultural and otherwise – especially in a post-apartheid context.

But Marks’s work did not stop there. She wrote compelling histories of how African society in what is now KwaZulu-Natal continued to make and remake itself under colonial and later apartheid rule. These are histories Africans can be proud of, because they show that a range of Africans, from the first president of the organisation that later became the ANC, John Dube, to Chief Solomon kaDinuzulu, could and did take advantage of colonial dispensations to preserve and strengthen their own traditional institutions, and to elaborate their own nationalist agendas.

But these are also uncomfortable histories, because they reveal ambivalent and layered African identities that walked a tightrope between multiple forms of resistance and ambiguous politics of collaboration.

Magubane had little patience for the diminution of African agency in scholarship, especially in academic disciplines such as anthropology. He argued vociferously against anthropologists who too hastily interpreted Africans’ adaptation to European commodities and forms of self-presentation as “acculturation”. For Magubane, it was not Africans’ choices, but rather anthropology’s explanations of what these choices meant, that gave Europe so much power.

In one essay, he remarked that when Africans “drink bottled water, listen to recorded music, use furniture in their houses and wear suits, they are merely taking their place in the scheme of things as they are”. He stressed that they are “not imitating anybody” or yielding to the standards of the other. Magubane argued for more complicated and ethnographic analysis of how Africans, as highly innovative social actors, understood their engagement with the products, representations and cultural repertories of the European “other”.

In Qunta’s book, by contrast, Africans in a post-apartheid dispensation are so structurally constrained, so lacking in agency, and evince such negligible changes in their historical condition and conceptions of themselves, that interventions “from above” are required to help them to enter into the fold of nationhood.

This view includes her call for a reparations fund towards which white South Africans would voluntarily contribute. This, of course, is not necessarily a bad idea as a token of goodwill, also suggested by Archbishop Emeritus Desmond Tutu.

The point, however, is that proffering agency to the category “Africans” requires an exploration of how they understand themselves and engage with their reality. Even the cruel story of their racialisation – that is, the making of their “blackness” – is a convoluted tale of many conjunctures, including the moments when, through their own acts of self-affirmation, black became beautiful.

In the last section of the book, the only part in which Qunta foregrounds Africans’ agency, we get an opportunity to grapple with the ironies of race and nationhood. The “birth” of any nation is based on a founding mythology and a set of “inventions” – cultural, linguistic and so on – to accompany claims of sovereignty and independent statehood. Ours was the myth of the rainbow nation, with its new tradition of nonracialism.

Qunta relays how, as one of the first women to own a firm specialising in corporate law in South Africa, she used the legally prescribed terms of equity and nonracialism to push back against white-owned firms that controlled this field of law and were resisting change. Based on the details of her professional biography, and her interpretation of hers and others’ actions, this section of her book illuminates that the institutionalisation of nonracialism mediated the successful consolidation of a powerful black middle class after 1994.

The irony is striking, for this suggests that part of the answer to why we are not a nation is not simply, or only, white resistance but also Africans’ own agency. The institutionalisation of nonracialism enabled Qunta and others to craft a new class of Africans: a highly aspirant, self-conscious and exclusive community.

And so, clearly, investments in a nonracial society do and can pay off — but only if the institutional muscle that aided the agency of Qunta and others can be as persistent and resilient in supporting different strata of Africans. These historical actors have their own conceptions of aspiration, their own imaginations of dignity and their own intricate convictions of what makes a nation.

Khumisho Moguerane is a senior lecturer in history at the University of Johannesburg. She was part of the panel at the launch of Why We are Not a Nation (Seriti).

Celebrated author and political activist Achmat Dangor died on Sunday at the age of  71. Here, in a 1990 interview published in Staffrider, he speaks to Andries Walter Oliphant about his work and aspects of South African literature and culture
Read more
National

Covid-19 exposes the continued inability of white South Africa to critically reflect on their positionality or engage in meaningful, self-reflective, and constructive debate
Read more
Opinion

Don’t be distracted by liberalism debate

Unless it’s centred on egalitarianism. And the political left can’t guarantee equality either
Read more
Advertising