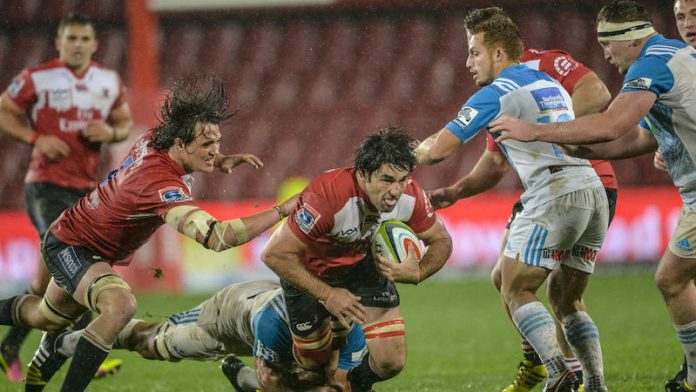 Two fixtures remain before Super Rugby takes its annual break for the June international window. For the South African sides the games are African conference-based, with local derbies in the main. That brings an interesting dynamic, with log positions likely to become something of a rollercoaster.

An outsider might look at the fixtures and suggest that the Sharks have won the lottery. They play the hapless Kings in Durban this week and then have a bye, allowing them a full six weeks to recuperate before the run-in to the play-offs. An insider might argue that they are more in need of a rest than anyone else.

In the past three weeks, the Sharks have played the Chiefs in New Plymouth, the Hurricanes in Durban and the Jaguares in Buenos Aires. So, when they landed back home in Durban on Monday, the Sharks had completed a round trip of 28?000km. If rugby was like horseracing, you might say that the handicaps were perfectly weighted ahead of the Kings game. If.

The bye will even up the log, because right now the Sharks have played 11 games to the 10 of their local rivals. In their favour is the fact that the Bulls have to play the Stormers this week and the Lions next week, both in Pretoria. The Bulls trail the Sharks 28 to 30 in log points, so a loss in either or both of those Loftus clashes would neutralise the game in hand.

The mechanics of the Super Rugby season are so complex that it is worth reminding ourselves of what is at stake. The two African conferences are guaranteed three play-off slots; one each for the winners of each conference and one to the best runner-up. The Kings, the Sun Wolves, the Cheetahs and the Jaguares are out of the running, so the remaining log fixtures are a straight shoot-out to eliminate either the Stormers, the Bulls, the Sharks or the Lions.

Four log points divide the sides right now, so it would be a brave pundit who made a call. Suffice to say that momentum is with the Lions and the Sharks. The Stormers were woeful in their outing against the Sun Wolves in Singapore last week and the Bulls equally so against the Waratahs in Sydney.

The Sharks won an ill-tempered encounter in Buenos Aires, with Jaguares number eight, Leonardo Senatore, banned for 10 weeks for biting Keegan Daniel. Nevertheless, it was possible to feel sorry for the Argentine side, who endured an enigmatic refereeing performance by Marius van der Westhuizen.

Quite how a South African referee ends up flying to Argentina to control a game involving a South African side remains a mystery. With Australia, New Zealand, Japan and, for that matter, Argentina, being able to provide perfectly adequate officials, the mere idea is laughable.

As it turned out, Van der Westhuizen’s biggest howler favoured the home side, when he saw something in video evidence that no one else did and awarded a try to Martin Landajo.

On a far more positive note, the Lions returned from their bye weekend with renewed focus and put on the sort of display against the Blues that reaffirms their genuine title ambitions.

In hindsight, many have sought to paint the Blues as lambs to the slaughter, in which case it is worth reminding ourselves that they had only lost one game in two months before they met their Waterloo.

The Lions were not confident ahead of the fixture and wet, cold conditions on the day exacerbated those doubts. It took 10 minutes of genius from Elton Jantjies to turn things around. He took much of the blame for the 50-point hiding against the Hurricanes a fortnight ago, so it is only fair that he should take credit for the seven-try thrashing meted out to the Blues.

It takes a special player to trust the full range of his skills in bad weather. Jantjies coaxed three tries out of his side with the kind of deft touches that suggested he was playing in a different country to everyone else, one where the law of gravity doesn’t apply. The cross-kick that created the second try for the flying Courtnall Skosan was Pythagorean in its precision. The dink off the side of the boot that made the third try was balletic.

In the run-up to the June internationals, there will be a concerted effort to paint Jantjies as a maverick, one who cannot take orders and is thus bad for team morale. It will be suggested that his defensive alignment leaves much to be desired and that his goal-kicking is not reliable under pressure.

But there is an urgent need to reinvent Springbok rugby, and not just because of the wishes of the minister of sport. The conservative mindset that saw Morné Steyn selected for last year’s World Cup ahead of Jantjies is standing in the way of progress. South Africa’s best rugby players have abundant skill, but for generations it has been systematically coached out of them at the behest of a win-at-all-costs mindset.

The time has come to embrace the kind of outlook that can reduce a team as good as the Blues to a shapeless rabble. The best sides in the world fear the day that the Springboks take the field to humiliate their opponents rather than to hurt them. Do it now, Allister, while no one’s looking.

Administrators, from club to national level, would do well to take the example set this month as a reminder that the people is their primary mandate
Read more
Advertising