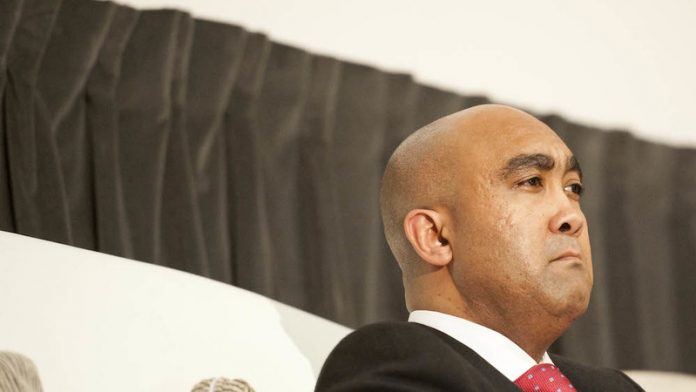 In March the National Prosecuting Authority (NPA) argued that, if it is mistrusted by the public, then democracy would fail. Public perception of the NPA should weigh so heavy, the body said, that protecting its reputation comes before just about anything, including pursuing somebody for corruption. Even if that somebody happens to be the president of the Republic.

Yet on Monday NPA head Shaun Abrahams all but invited the public to mistrust him and his institution.

“I am not a politician and I have no interest to be one,” Abrahams told the country as he announced his decision to appeal the spy tapes ruling that came close to an order to prosecute the man who appointed him, President Jacob Zuma.

He then proceeded to indulge in the worst sins of politics, making broad and sweeping – and inaccurate – claims about himself, dodging questions on dubious grounds and shredding logic along the way.

The NPA, Abrahams said in a long-awaited announcement, would appeal an end-April decision by a full Bench of the high court in Pretoria that found it had made a terrible mistake in withdrawing corruption charges against Zuma. Then head of prosecutions Mokotedi Mpshe had acted irrationally in doing so, the court said, and his decision could not stand.

“There is no person or entity on this Earth who can influence me in making any decision,” Abrahams said emphatically, reading from a prepared speech, as he criticised all who had speculated that he was taking orders from Zuma – in this case on the possible prosecution of Finance Minister Pravin Gordhan.

“I don’t have to disclose to any person or to the public which legal counsel or which members of the NPA I consulted with,” Abrahams suddenly decided. “I think that is absolutely improper.”

Whether it had then been improper to say who he had not consulted – which he had – was left to the public to decide.

In a different instance Abrahams insisted he “can’t imagine a day” in which the NPA exercised its power at the behest of public opinion, or on the orders of a politician. In March the NPA had argued extensively that former prosecutors had done exactly that, and had gone so far as to try to mould public opinion.

The same confusion extended to what Abrahams would say about the reasons behind his decision. If a prosecutor “misconducts his or herself” in deciding whether to prosecute – or not to prosecute – an accused, that decision is open for review via the courts, Abrahams said.

The high court in Pretoria had decided that where there was misconduct in such a decision, that decision should be brought before a court for ratification. This, Abrahams held, “denuded” prosecutors of their power. So he had to go to court to argue against a decision by a court that a court should oversee decisions on prosecutorial misconduct – misconduct that the public should not be concerned about because it is guarded against by the courts.

“Whatever decision I make will no doubt elicit criticism from some or other quarter,” Abrahams said. “No decision will please all of the people.”

In that, at least, he had it exactly right.