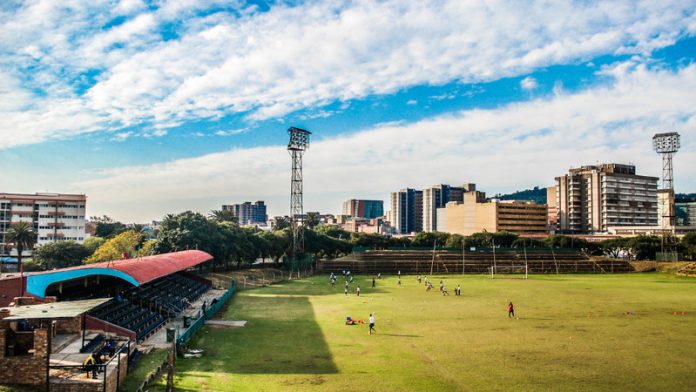 It was at the Caledonian Stadium that the Arcadia Shepherds Football Club defied the apartheid regime by helping black players make it into the big league. But the home of South Africa’s first-ever professional football team will be demolished to make way for a public park.

The Tshwane mayor’s office is pushing for the demolition, despite the fact there is no permit to destroy the property. But the club says it’s there to stay.

Parts of the stadium are a heritage site. The Caledonian was built from the same quarry as Pretoria’s Union Buildings and railway station. Its place in South African history is not as well-known; the stadium was home to the Arcadia Shepherds, who date back to 1903, from the mid-1950s, when it was built.

“This stadium is the only stadium in the history of South African football that was built for a specific club,” says Arcadia Shepherds’ general manager, Lucky Manna, adding that the move to demolish the stadium will leave his 250 junior and senior players   known as “the Arcs”   with nowhere to practice.

Although in its early years the club enjoyed success playing as a professional team, it no longer has the money to compete professionally.

Yet even as an amateur club, it has still produced professional players. Current Bafana Bafana captain Bongani Khumalo, who scored one of the goals in South Africa’s 2-1 victory against France during the 2010 Fifa World Cup, started training with the Arcadia Shepherds as a six-year-old.

Thomas Madigage, the assistant Bafana Bafana coach who died in a car accident in 2012, also started his career with the team. Just a week before the crash Madigage sat down with Manna’s brother to discuss plans to turn the stadium into a social hub where young people could play sport.

Since 1994, the club has produced 17 players who have gone on to wear the yellow and green colours of the national football team. Manna says: “We have produced more Bafana Bafana players than any other amateur club in this country.”

Many greats had their first taste of the beautiful game at the stadium despite the restrictions of apartheid. Flouting segregation laws, the club began training black football players in the 1970s and was the first team to have black and white players. In 1974, Arcadia Shepherds was banned from the stadium.

The club began playing in townships around the Pretoria suburb of Arcadia before it returned to the stadium in 1997. Less than 10 years later, the team’s members were told that plans were afoot to build a public park on the site of the stadium.

The battle came to a head this year. The club received an eviction order to vacate the stadium by Thursday. Manna says his players will continue using the stadium grounds for their matches. And he’s adamant that his team will continue to stand its ground. “We’re not going anywhere,” he says.

The City of Cape Town tacitly condones it when wealthy landowners behave illegally, something that is not the case if you’re poor
Read more
Cartoons

The Argentine legend has fallen out with the Catalan club's hierarchy, which has alerted a number of sides in world football
Read more
Coronavirus