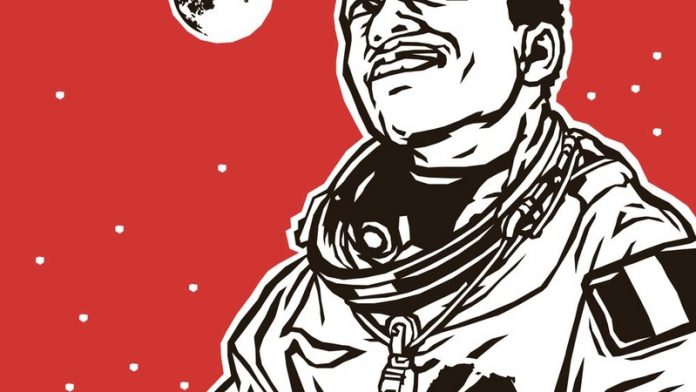 Anyone who challenges space science’s relevance to Africa need only look at the continent’s history, before dismissing the relevance of space science to its development.

Africa is no stranger to space science. An astronomical observatory has been unearthed in Sudan and is thought to date back to 7 000 BCE. The ancient libraries of Timbuktu in Mali preserved the medieval study of science and astronomy on the continent.

These documents revealed their wonders to astrophysicist Thebe Medupe.  The South African Square Kilometre Array (SKA) project, on which Medupe has worked, is the Sudanese Observatory’s contemporary successor. It provides quality scientific data that represents the key to unlocking secrets of the universe.

In recent years, African countries have made increasingly ambitious forays into space science and technology. Of particular note is South Africa, boasting a 16-year-old national space agency, Sansa (South African National Space Agency), and strong involvement in SKA, which will be the world’s largest radio telescope.

Nigeria’s National Space Research and Development Agency operates several multimillion dollar satellites, and last month the country announced it would send an astronaut into space by 2030. What’s more, on January 31, it adopted the African Union’s Space Policy and Strategy during the summit of AU heads of state in Addis Ababa. This document sets out the continent’s objectives in driving an ambitious space programme that can help tackle its most pressing development priorities, while becoming a global space player.

These activities have drawn criticism from some quarters. People have questioned why countries that are recipients of overseas aid are investing in expensive space adventures.  Space programmes don’t fit neatly in traditional development paradigms. These have emphasised things such as smallholder agriculture over high tech.

I believe both have a role. Investing in space science and technology can serve as a key enabler for inclusive and sustainable development in Africa, not least through mapping the earth’s surface with satellite surveillance, that is of direct benefit to smallholder farmers.

It was this apparent conflict — between Africa’s so-called development priorities and high-level science — which prompted the Planet Earth Institute, an international charity and nongovernmental organisation, to investigate this topic. In collaboration with our partners at the Satellite Applications Catapult, the institute hosted a roundtable at the House of Lords in London, bringing together more than 50 leading figures from business, policy, academia and civil society to explore the potential of Africa’s space strategy.

He argued that 35 of the 40 objectives in the AU Agenda 2063 require space-related applications. Space technology can assist in this way by providing essential data that can enhance developmental decision-making. For example, earth observation satellites can collect data on critical areas for countries’ economies and wellbeing.

Nigeria’s first orbiting satellite, Nig Sat-1 for instance, provides data and imagery to help monitor conditions that may affect agriculture, a sector that employs more than 70% of the country’s population. The satellite was also used to create the first detailed map of the country, allowing the government and policymakers to determine where farming takes place, and provide better support for its large rural communities.

Remote sensing satellites are important for the study of large-scale phenomena such as climate change. As the AU space strategy notes, satellites make it possible to monitor environmental change caused by human activity and natural processes. Because data is collected in a consistent manner, satellites can reveal subtle changes that might otherwise remain undetected.

They go some way to providing the reliable and credible data that Ameenah Gurib-Fakim, President of Mauritius and vice-chairperson of the institute, argues is needed to enhance decision-making and ensure that the continent is able to adapt to and mitigate the risks of climate change.

An inspirational topic, space science and related programmes can also act as a catalyst for broader human capacity-building across the continent — space has the power to ignite interest in science, technology, engineering and mathematics (Stem).

Knowing of this broad appeal, a South African body, the Meta Economic Development Organisation (Medo), launched its space programme, which aims to spark young women’s passion for the applied sciences by involving them in building and launching a satellite into orbit.

The programme is organised in three phases that prepare young women for the initiative, empower them to build and launch small CricketSat satellites, and design and implement payloads for the devices.

At the other end of the spectrum, the Pan African University for Space Science is on course to enrol its first students this year. They will study robust programmes in various disciplines of space science and astronomy, from space physics to radio astronomy.

By reaching out to young people, building their interest in astronomy and other areas and enhancing scientific education in this way, we can bolster the enrolment rates in Stem subjects.  This will help build the critical mass of scientists, researchers and engineers on whom the success of the AU’s space strategy depends. At the same time, as Makhtar Diop, vice-president for Africa at the World Bank, says, equipping the next generation with high-level scientific and technical competencies will help African nations train and retain the highly skilled personnel necessary to enhance productive sectors and boost our continent’s structural economic transformation.

South Africa has, for example, led the design and construction of the MeerKAT telescope as a pathfinder to the SKA, which has resulted in more than 500 international astronomers, 58 from Africa, submitting proposals to conduct scientific work with MeerKAT once it is complete. Furthermore, the presence of these telescopes has increased the continent’s previously nonexistent astronomical standing to ranking alongside facilities in Australia, Chile and the United States.

Ethiopia’s Entoto Observatory and Research Centre has also become one of the best places to view the constellation Orion’s Belt. Solomon Belay Tessema, the director of the Entoto centre, says the observatory will build capacity in research and training and establish strong international collaborations.

The African continent is at the beginning of its modern-day space journey. This inspirational area of science can help attract the scientific talent necessary to address some of the continent’s greatest development challenges, countering the brain drain that is stripping our countries of their best and brightest. New innovative technologies and applications, new companies and new jobs are also likely outcomes of investment in space science.

There will always be those who question the appropriateness of the continent’s space ambitions and, yes, there are complex questions to answer in the light of other pressing issues. Donors and recipients will answer these in the light of their own priorities. African countries are best placed to do this by a process of education, collaboration and partnership, demonstrating the link between investment in space science and technology and the potentially huge economic and social developmental benefits. This could be through better communications, mapping, weather observations or public safety and security.

Many African countries will be criticised for their attempts to enter the space arena. To those nations and the continent as a whole, I urge bravery and resolution.

This means embedding them in national and regional policy, curricula and the broader development agenda, with a focus on access to inclusive benefits for all.  Only then will we be able to build on an ancient and distinctive past contribution to space science, the foundations of a future to ensure that Africa’s former glories find a contemporary and continuing relevance.

Paul Boateng is a trustee of the Planet Earth Institute. He was the British high commissioner to South Africa from 2005 to 2009.

South Africa’s Antarctic history is being unfrozen in time