Power and predation: The law’s the law on harassment, but the game is rigged 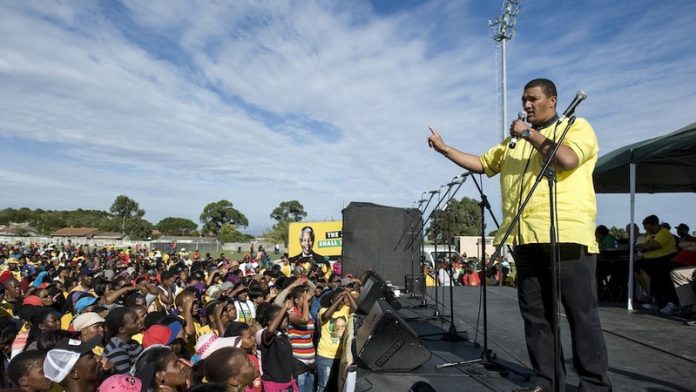 I was at lunch with three women friends the other day when one of them raised the topic. “Guys,” Friend A said. “This dude I work with is being a bit harassy. And I’m not sure what to do about it.”

The rest of us exchanged glances. All four of us are outspoken feminists — the kind often referred to by men as “strident”.

“You should be a bit cautious about this,” began Friend B. “Women who complain about sexual harassment often find themselves forced out …”

“How bad is it?” I asked. “Like is it something you can put up with at an acceptable level of emotional cost?”

I know a lot of feminists would consider these responses an unacceptable cop-out. They might ask: How will the system change if women do not report harassment? What about the future women who this man will go on to treat inappropriately, if he is never sanctioned?

These questions are valid. But there is no getting around the fact that they fail to reflect an ugly reality of the workplace: that when women do speak up, the price they pay is sometimes enormous.

This week, the United Kingdom’s Advisory, Conciliation and Arbitration Service (Acas) published statistics showing a 51% drop in the number of sexual harassment claims against employers in the past year. Great news, right?

Of course not. Acas simultaneously recorded a rise of 14% in calls to its helpline over the same period seeking advice over sexual discrimination.

“These numbers mask a deeper problem,” wrote The Telegraph. “Women are just too afraid to report sexual harassment to their employers.”

I have witnessed this repeatedly. One friend had a male boss grab and kiss her. She broke away in shock; he acted as if nothing had happened. She has a good job which she feared leaving in this economic climate. Her boss also owns the company. She still works for him, despite a number of other incidents of this nature.

Other examples are less dramatic, but still fall along the same spectrum of unwanted attention. Unnecessary touches or lingering hugs. Constantly having comments made about one’s appearance or dress. Being “jokily” pestered for a drink or date: “Why don’t you like me like I like you?” was the constant refrain of one male colleague to another friend.

These experiences are run-of-the-mill. They are not flattering. They breed feelings of discomfort in the women I know who have experienced them, who also wonder if their employment is in some way contingent on their sexual desirability, not their competence.

This reality is by no means restricted to the corporate world. Academia is a hotbed of sexual harassment, particularly between older male academics and younger female charges.

Neither are nongovernmental organisations immune. In 1989, when female unionists demanded a sexual harassment code be introduced at labour federation Cosatu’s national congress, the notion was dismissed as unimportant.

Which brings us to politics. ANC Western Cape chairperson Marius Fransman, accused of sexual harassment in January, is off the hook. His 21-year-old accuser, Louisa Wynand, was informed by police in North West that they would not be proceeding with the charges against him because of a lack of evidence.

Obviously, we need evidence to support legal charges. Do away with that and we forego one of the cornerstones of a civilised democracy. But would it have been worth it for Wynand to fabricate charges against Fransman?

Since bringing the charges against Fransman, Wynand resigned from her job and went into hiding. She told the Sunday Times in March that as well as moving homes, she had to dye her hair and change cellphone numbers. This is what happens when you mess with powerful men.

Probably the most extreme example in this country has been that of “Khwezi”, the pseudonym of the woman who brought rape charges against Jacob Zuma and was subsequently forced to flee to the Netherlands.

I have met Fransman a few times, and experienced him as very amiable. That has no bearing on whether or not he is capable of forcing a young female staffer to share a bed with him. Neither does a track record of commitment to social justice.

Witness the case going down in the United States, where one of the world’s most admired experts on global ethics — Thomas Pogge — is accused of abusing his power to manipulate female students into sexual relationships.

When it comes to reporting sexual harassment, in the workplace or outside it, the deck is stacked against women. This is why I am inclined to believe women who face the loss of their careers and reputations when they report it.

Innocent until proven guilty is an important principle. But so too is the right of women to report offences without fear.