So you’ve seized power and are struggling to keep it. What now? 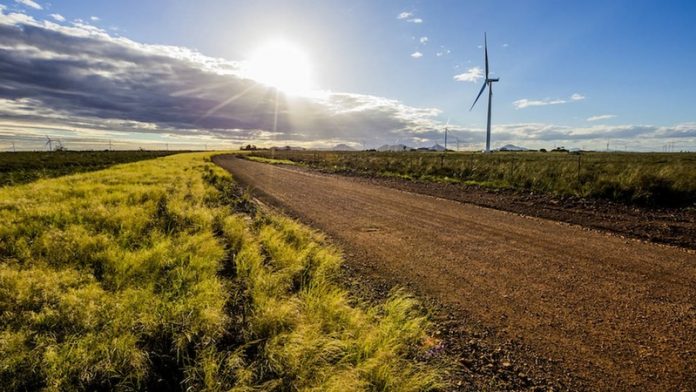 The world’s biggest battery is a pumped storage scheme in Virginia. This uses excess electricity in the day to pump water to the top of a reservoir. That water is then released during peak demand hours, driving turbines and creating 3 000MW worth of energy capacity.

South Africa has two of these schemes along the Drakensberg, generating 1 200MW each. But the technology is expensive, wastes a lot of electricity moving water and relies on water existing in abundance. A third local plant — the 1 300MW Ingula — is costing R25-billion to build.

Without this sort of storage, renewable energy still struggles to compete with coal and nuclear plants. Luckily we are in the middle of the renewable revolution. Prices are tumbling and entire countries run without coal power. Renewable energy storage is advancing at a similar pace, creating a constant and predictable supply.

Better renewables – on hold
Concentrated solar plants should be the only type of solar built on a large scale. Here, energy coming from its solar towers is stored in things such as molten salt. This allows the energy to sit around when it is not needed, ready to use during peak hours or at night. It also means it is the only renewable that can provide baseload capacity.

The 100MW Ka Xu Solar One plant in the Northern Cape can only store an equivalent amount of energy for 2.5 hours, but other plants in Spain are extending that to 18-hours. The technology should be replacing all other forms of energy, especially in South Africa. But it is the most expensive renewable, because of its low ability to store energy.

In South Africa, the technology was hamstrung by the 2010 Integrated Energy Plan, the energy department’s planning document for what power capacity should be built. But it did not price concentrated solar properly, overlooking the fact that it is the only renewable that comes with storage. An update to the plan — which showed that concentrated solar is better than conventional solar panels, and called for more to be built — was shelved because the update also said the country did not need to build new nuclear plants.

Tiny batteries, great potential
Most of the batteries lying around your house will be made from alkaline technology. Electric cars and small storage plants use lead-acid batteries. These technologies are cheap to mass produce. But they can only handle so many recharges, and are difficult to recycle.

Incremental improvements to small battery technology is therefore at the forefront of most research. The first step came through the creation of lithium-ion batteries. These could store more energy in a smaller pack. That advance drove the rise of mobile technology. But it is still not efficient enough — just forget to recharge your phone overnight and you’ll know.

Harvard University estimates that the technology needs to store five times more energy, in five times less space, for these batteries to give renewables a real source of storage. In the meantime, the university has created metal-free batteries. These borrow from plants and use organic molecules to store energy.

Mobile storage
The internal combustion engine is bad for the environment. It spews out greenhouse gases — warming the world — as well as things such as sulphur dioxide, which makes people in densely populated areas sick. Replacing diesel and petrol with electricity has been a Holy Grail for developers for decades.

Most of the initial cars that resulted were hard to live with — their batteries couldn’t take them far and needed days to recharge.

But recent developments in lithium-ion battery technology mean electric cars can travel 200km between charges, and only need half an hour to charge.

Borrowing from Formula One, the cars now harvest energy from their brakes and other movement and store it. That energy can drive the car, or be used to power up a house at night.

The final frontier
Homes are a good illustration of what is wrong with the current energy system: coal is burnt at power stations hundreds of kilometres away, then sent to where it is needed. A quarter of that is lost on the way, before it can power up a home television. This makes homes the key battleground between utility-scale power generation and smart grids with storage.

In the past, this battle was lost by homeowners who used bulky batteries to store electricity from solar panels. These could store enough to power a few light bulbs.

But then came people such as Elon Musk, who realised that substantive change could be driven by making things look pretty. Existing battery technology was rebranded — and covered in a shiny case — before being sold to houses.

A Tesla Powerwall or Nissan xStorage is now something that people want to be seen to have. The former produces 6.4 kilowatt-hours of energy after being charged. That’s enough to power a house overnight (a television uses 0.1kWh and a washing machine uses 2.3kWh).

Success here means more investment in battery technology, which in turn means ever-better batteries. That means houses can be disconnected from a grid. Office buildings and city blocks will follow. Instead of large-scale energy, countries will be run by every building creating and storing its own energy.

Read part one at mg.co.za/betterbattery
This is part of a series on renewable energy.