Boks: Some choices are simple 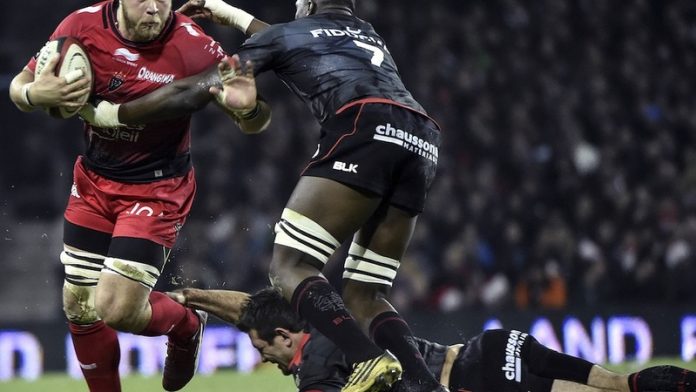 The highly anticipated first Springbok squad of the season will be announced on Saturday night. New coach Allister Coetzee is, allegedly, free to choose whoever he pleases, but uppermost in his mind should be the need to include more players of colour.

The often stated rule of how to transform should be applied without let or hindrance: in the event of having to choose between two players of similar ability, prefer the black one.  In other words, the moment you are forced into inner debate about which player is better, the choice has already been made for you.

We are at the beginning of a new four-year cycle, aimed at winning the 2019 World Cup, so a few other factors have to be borne in mind. At this stage, players based overseas should only be considered as a last resort and, with the future firmly in mind, a player’s age should be a major factor. Over-30s must bring something remarkable to the party.

Coetzee will probably choose a squad of 31 players, but there is room in the budget for a few more if absolutely necessary. The real bonus is that he gets to choose a South African “A” squad at the same time, for a two-match series against England Saxons, so it would be easy to upgrade a few of those players to Springbok status, if need be.

Assuming Coetzee picks 24 players for those two games, he will be announcing 55 names in all, which should be the cream of the crop from our six Super Rugby franchises.

In point of fact, six is stretching it, for there will be very few names in either squad from the Cheetahs or the Kings. One exception is Cheetahs’s lock Lood de Jager, and Thembelani Bholi of the Kings could be a bolter on the side of the scrum, but is more likely to feature against the Saxons.

Several players who would otherwise be included are involved with the national Sevens squad. Among them is the great Bryan Habana, who would still be the first-choice wing  in any normal season, Juan de Jongh and Seabelo Senatla, the Stormers flyer who should be drafted into the Springbok squad as soon as the August Olympics are out of  the way.

Coetzee is a known admirer of Duane Vermeulen, the rock around whom he built his Stormers sides, but it remains to be seen whether the South African Rugby Union (Saru) can afford the redoubtable number eight. It is believed that Vermeulen turned down a five-year contract with the national side, which included the captaincy, in favour of a huge three-year deal with Toulon.

At 29, Vermeulen is a borderline case for the road to the 2019 World Cup. He is at the peak of his powers and if he plays it would probably be as captain. But it is debatable whether Toulon would offer the flexibility to Saru that some Japanese clubs put up with.

Muddying the waters is the fact that the form number eight in South Africa at the moment is Warren Whiteley, who also happens to be the captain of the Lions. Whiteley is at the heart of the expansive rugby being played by his franchise and could be just the man to add some much needed expansiveness to the Bok game plan.

He is also mature and confident in front of the press, important factors for the national captain in the politically charged times ahead.

Having been overlooked for last year’s World Cup, the Lions could provide plenty of new blood for Coetzee’s squad. The likes of Lionel Mapoe, Franco Mostert, Jaco Kriel, Ruan Combrinck and Faf de Klerk are playing exceptional rugby week in and week out.

And in case anyone has forgotten, that is supposed to be how you get into the national side. Overseas-based players who may be ignored this time around, but who remain part of the mix, include Jannie and Bismarck du Plessis and Ruan Pienaar. One player Coetzee will feel he can’t do without is Francois Louw, another of his former Stormers stalwarts, now plying his trade with Bath. Louw could also be a captaincy candidate but, like Vermeulen, being based overseas may count against him.

It seems that Coetzee will consider Johan Goosen of Racing 92 for the role of utility back. Goosen has been in fine all-round form in the French Top 14 this season and can cover inside centre (his current position), fly half and fullback.

The long-term injury that has excluded Handré Pollard from the mix, together with a broken finger troubling Elton Jantjies, means that Coetzee needs cover at flyhalf. The coach is fortunate to have Pat Lambie as part of the mix; the Sharks captain and pivot has returned in prime form after four months away from the game.

Lambie may get the starting berth while Jantjies’s finger mends, with the Lions talisman perhaps starting from the bench in time for the second Test against Ireland.

South African rugby was racist, is still racist, and nothing will truly transform it.
Read more
Analysis

The Berlin Wall fell 30 years ago, but new walls are going up everywhere

A final is how legends are born

​Can this crop earn the right to join a group that includes John Smit and Nelson Mandela?
Read more
Sport