City of Tshwane strikes a blow against century-old soccer stadium 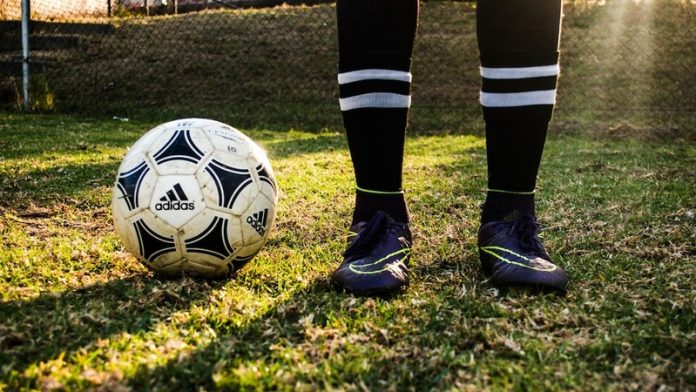 It’s a Wednesday afternoon and the under-12s soccer team is training, dribbling balls across the field as a handful of spectators watch from the stands.

Set in the middle of Arcadia in Pretoria, the Caledonian Stadium has existed for 113 years, and has produced its fare share of star soccer players. Now the stadium’s future hangs in the balance, with the City Of Tshwane planning to destroy it.

There’s nothing particularly remarkable about the stadium – even in size, it doesn’t compare to South Africa’s premier football pitches. But the stands’ black plastic chairs are clean, and the grounds are impeccably maintained. And that’s all down to one man: Lucky Manna.

Manna is the general manager for the Arcadia Shepherds FC: the team for whom the stadium was built in the mid-1950s and who foots the bill for the stadium’s maintenance.

For over 100 years, the Caledonian Stadium has provided a place for young boys, predominantly from poorer households, to play soccer. “We’ve got no opposition to the mayor’s plans for development, but you can have your park here and still keep the legacy. The people will love you all the more for it,” says Manna. “These are our people; these are my children out here.”

Mamelodi Sundowns central midfielder Tiyani Mabunda (28) spent two years of his youth playing for the Arcadia Shepherds FC, right on the Caledonian Stadium grounds. Even though his team has just won the PSL, Mabunda still visits his former team at the stadium.

“This place is still my home. I’m a product of Arcadia Shepherds and when I have time, I still come and train with the guys. I don’t think building a park here is of any benefit to the country, because there’s nothing that a park can do to change the way we live. If you look, there are 12-year-olds and over-aged players – it’s a place where people can move away from other stuff and just play soccer,” he says.

On match days, especially when the senior soccer players play, the stands are full.

Masego Moepi (22), a striker in the senior league first team, has been with the club for eight years. Like many of the players, he describes the stadium as his home.

“I prayed for the stadium when I heard it would be demolished. All those kids there on the pitch, I’m attached to them. When I knock off from varsity I train with them and see that they’re happy,” Moepi says.

“This is the only stadium in central Arcadia, so if you take away this stadium where are we going to train?”

Arcadia Shepherds FC isn’t the only soccer team that uses the stadium. Just before the seniors begin their training session, a member of the South African Police Service (SAPS) stops by to ask if their team can use the grounds that day.

Banyana Banyana, the national women’s team, has also played games at the pitch.

Manna says the field has become a refuge for people in the inner city who want to play the game, but can’t afford to pay the fees at other fields. Instead, they give the team donations in lieu of hard cash.

It’s unclear when the demolition will take place, but the City of Tshwane says that it is to reach a solution with the Arcadia Shepherds FC.

Manna, meanwhile, says that while he also believes that the grounds should be used for social development, it shouldn’t come at such a cost. “There’s a history here, and a legacy that goes way back. It’s not just important for our team, but also the youngsters coming through the ranks who know the stories of Arcadia Shepherds and the Caledonian Stadium,” he says.